Match report as Patrik Schick strikes at the end of the first half and start of the second period to help Czech Republic beat Scotland 2-0 at Hampden Park in Group D of Euro 2020; Scots next take on England at Wembley Stadium on Friday night, while the Czechs face Croatia

By Charles Paterson at Hampden Park 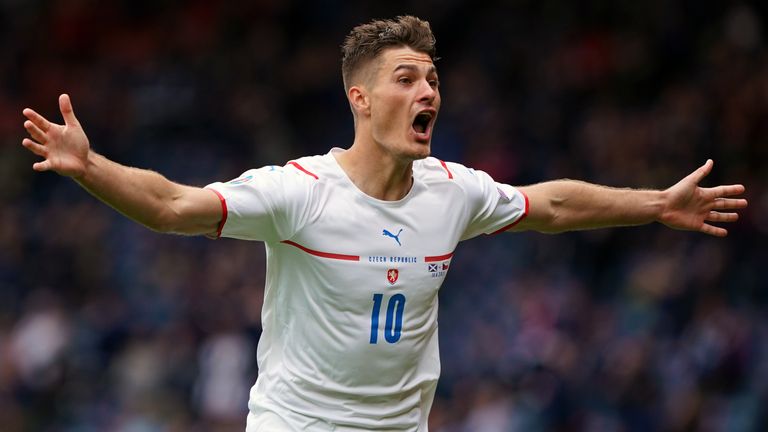 Patrik Schick’s double either side of half-time, including an astonishing second from the halfway line, spoiled Scotland’s Euro 2020 Group D opener as Czech Republic ran out 2-0 winners at Hampden Park.

The Bayer Leverkusen striker’s brilliant header put the visitors ahead three minutes before the break, albeit slightly against the run of play.

However, Schick doubled his side’s lead with an outrageous effort seven minutes after the break – his 11th and 12th goals for his country – the forward somehow beating David Marshall with a shot from just inside Scotland’s half after a counter-attack by the hosts broke down.

As a result, having waited 23 years to appear in the finals of a major tournament, Scotland will now have to wait a little longer to pick up their first points after this disappointing opening Group D loss.