Stuart McLaren admits he has “loved every minute” of his caretaker spell in charge of Scotland Women as he prepares for their final game before the World Cup qualifiers.

McLaren was put in charge after Shelley Kerr stepped down on Christmas Eve and is looking to follow up last week’s win over Northern Ireland when Scotland take on Wales in Llanelli on Tuesday.

The former Stirling Albion manager switched from his regular role as coach of the Scotland U16 boys’ team and could be a contender for the job on a permanent basis.

The Scottish Football Association is expected to make an appointment in time for the new head coach to settle in before the World Cup qualifiers start in September. 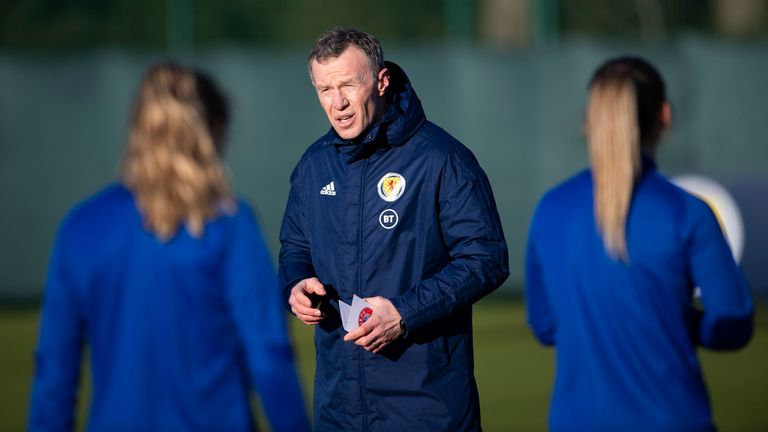 “I have absolutely loved every minute of it,” McLaren said. “It’s a huge honour to be a senior national team coach. It’s the absolute pinnacle of the game.

“It’s terrific working with the youth squads and seeing what the future holds within the men’s side but to work with the national team is the pinnacle of my career to date.

“I have certainly learned some things about myself as a coach on how I need to be and how I can adjust and improve.

“And ultimately it’s all about trying to do that because we want the team to be successful.

“If I can keep trying to learn and improve the same way as we are asking the players then the squad as a whole benefits and hopefully the country can have another team to cheer at a major finals before too long.”

McLaren introduced some newcomers to the team against Northern Ireland but the likes of skipper Rachel Corsie is set to return in Wales.

“We will approach the game with Hungary in mind, even though it’s a few months away,” McLaren said. “It’s the final preparation.”