Scotland midfielder John Fleck has tested positive for Covid-19 while in Spain with Steve Clarke’s squad, the Scottish Football Association has announced.

The Sheffield United player has been ruled out of Wednesday’s friendly against Holland in Portugal.

Fleck will now follow Spanish coronavirus rules and self-isolate at the Scots’ training base in La Finca, Costa Blanca. 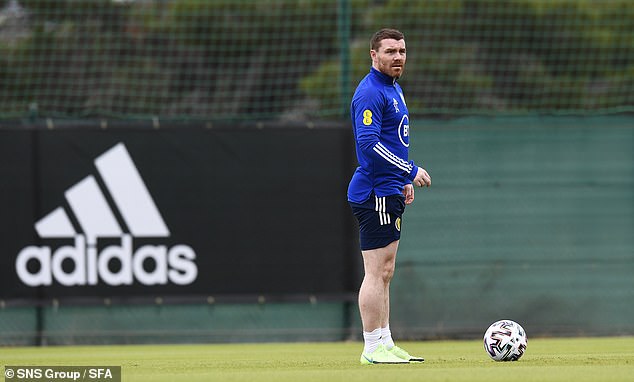 An SFA spokesman said: ‘John Fleck has tested positive for COVID-19 at the Scotland National Team basecamp in La Finca.

‘As a result, he will self-isolate as per Spanish Government guidelines and therefore not fly to Portugal for tomorrow’s match against Netherlands. The rest of the squad was re-tested for Covid-19 and returned negative results today.’

Clarke said Fleck was doing well and not yet displaying any symptoms, adding that they will keep a close eye on him until he returns ‘a few negative tests’. 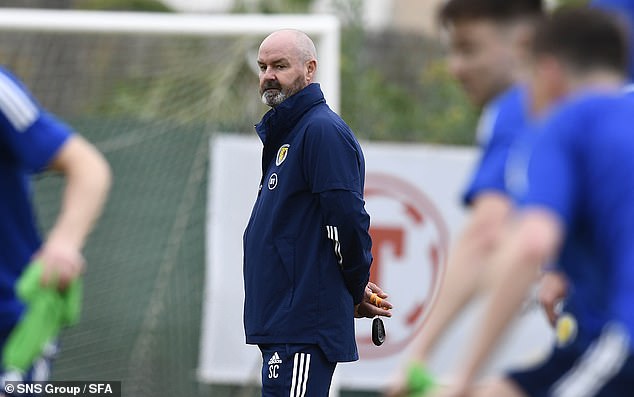 ‘John’s fine. No symptoms. Obviously he’s got to isolate for a few days now but we’ll keep an eye on him, we’ll look after him as we do with everybody. Hopefully it stops there.

‘Looking at the information we’ve got and relying on the doctors for the medical opinion we’re 99 per cent sure that John brought it into the camp, it came with him.

‘It’s just one of those things with the state of the world at this moment with the pandemic. 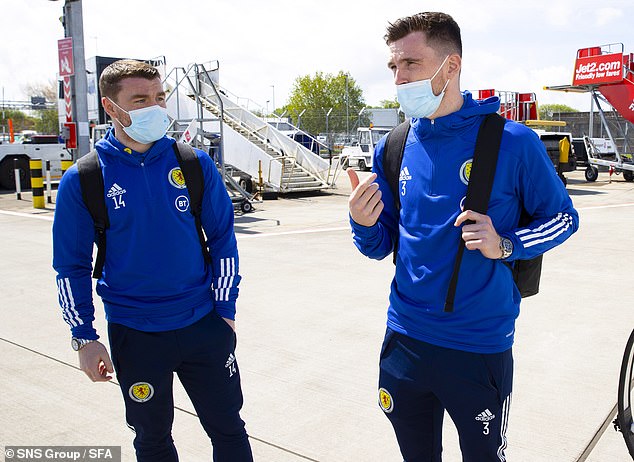 ‘John will be in isolation until he returns a couple of negative tests. I’m not quite sure what the guidelines are in Spain in terms of the number of days he will have to isolate for. But we’ll be testing every day with John and waiting for him to return a few negative tests.’

Scotland are in Spain for the first part of their build-up to Euro 2020 – their first major tournament in 23 years.

Clarke’s side face Czech Republic, England and Croatia in their three group games but before that they will take on Holland and then have a friendly away to Luxembourg on June 6.

It is not the first time Scotland have been hit by Covid disruption. In October Stuart Armstrong was ruled out of their crucial Euro play-off against Israel – which they won on penalties – while Kieran Tierney and Ryan Christie were also forced into isolation.