Who starred in the Scottish Premiership in December? WhoScored.com select a top positional XI based on their player rankings.

Kicking off the Scottish Premiership team of the month for December is Dundee United’s Benjamin Siegrist, who did enough between the sticks to land a WhoScored.com rating of 6.89. The Swiss shotstopper made more saves (25) than any other goalkeeper last month to contribute towards his inclusion in this XI.

Table-toppers Rangers boast three players in the Scottish Premiership team of the month with right-back James Tavernier once again making the cut. Only Kemar Roofe (6) had a direct hand in more goals than Tavernier (4 – 2 goals, 2 assists) in Scotland’s top tier in December with his WhoScored.com rating (7.65) the second-best in the division. 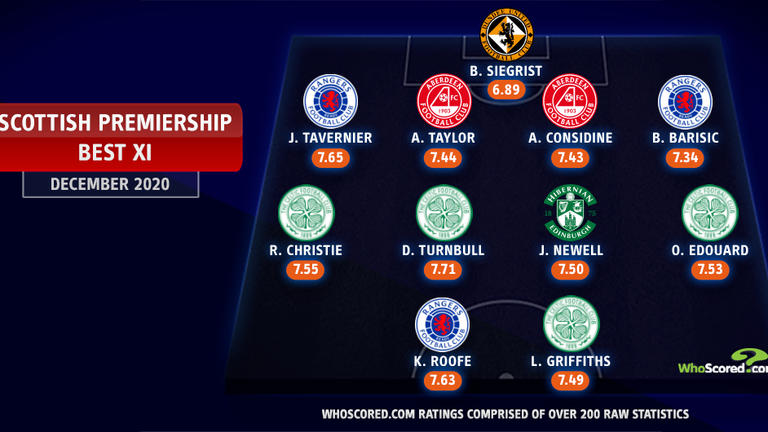 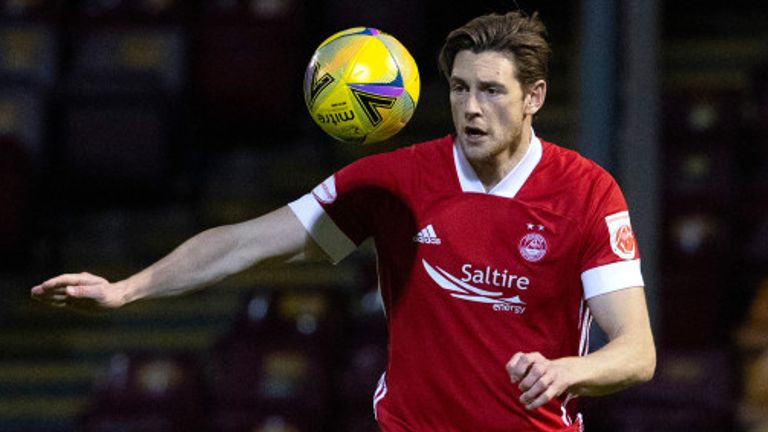 It’s an all-Aberdeen centre-back partnership in the best XI from December with Ash Taylor impressing. The 30-year-old scored his first league goal of the season in a 2-1 win over St. Johnstone on Boxing Day, and earned the man of the match award in three of his five league appearances.

Partnering Taylor at the heart of the defence is team-mate Andrew Considine. The experienced Scot won a commendable 28 aerial duels, one of the better returns in the Scottish Premiership in December, and played a vital role for the Dons as they kept on the coattails of Celtic, earning a WhoScored.com rating of 7.43 in the process.

Borna Barisic put in a number of solid showings from left-back as the league leaders won every game in December. Barisic played in five of six matches, with Steven Gerrard’s side conceding just twice in the five matches he started.

Defending champions Celtic have four players in the Scottish Premiership team of the month, including Ryan Christie. No player registered more assists than Christie (2) in Scotland’s top tier last month, with that pair coming from 11 key passes, one of the top returns in the league.

With a WhoScored.com rating of 7.71, David Turnbull is the overall Scottish Premiership player of the month. The Celtic star made more key passes (16) and created more clear-cut goalscoring opportunities (4) than any other player in December, while only Kemar Roofe (5) scored more goals than the 21-year-old (3). 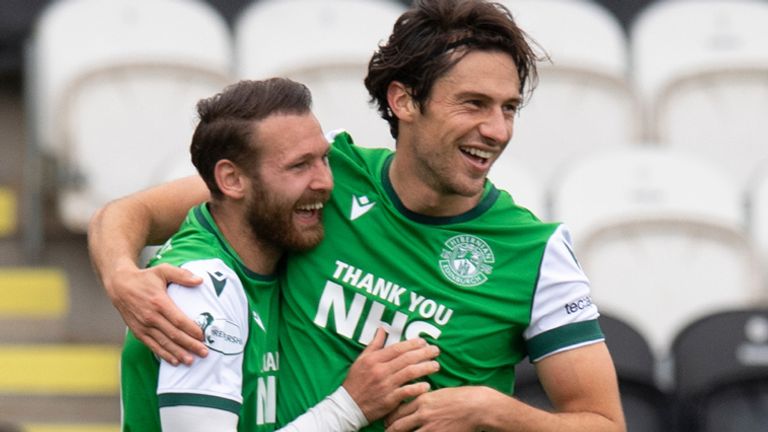 Preventing a Celtic clean sweep in midfield is Hibernian’s Joe Newell. The 27-year-old may have registered just the one assist in December, but it wasn’t for want of trying having made eight key passes. Newell drove through the opposition midfield well, too, as he completed more dribbles (13) than any other Scottish Premiership player.

Odsonne Edouard was in good form in December, earning a WhoScored.com rating of 7.53. The Frenchman had a direct hand in three goals last month, netting twice from 21 shots – that number more than any other player – to make the grade. The final Rangers player in the team of the month is also the Scottish Premiership’s top scorer in December. Kemar Roofe netted more goals (5) than any other player, with his five goals coming from 17 shots. The striker had a direct hand in a goal in all but one of his six league outings last month, playing a key role in Rangers’ perfect month to return a WhoScored.com rating of 7.63.

Of the five league goals Leigh Griffiths has had a direct hand in this season, three came in December, as he scored two and assisted one for a Celtic side that went the month unbeaten. The striker gave a timely reminder of his quality having struggled for game time this season as he landed a WhoScored.com rating of 7.49.

WhoScored.com’s ratings are based on players with 2+ appearances during the month and weighted on number of appearances.

Top performers based on ratings for players who have played 20 per cent of available minutes.

Tags: of, Premiership:, Scottish, T, team
You may also like
Latest Posts