Serge Gnabry told Arsenal he would sign a new contract before shortly leaving for Werder Bremen, says legendary Gunners manager Arsene Wenger. Gnabry spent five years at Arsenal between 2011 and 2016, making 18 first-team appearances. After a failed loan spell at West Brom, the winger left Arsenal for Bremen in the summer of 2016 for £5million.

But Wenger says there was an agreement between the two parties that he would instead extend his stay at the Emirates.

However, Wenger says Bayern Munich, who Gnabry officially joined a year later, had a big day in his departure from north London.

“This guy has no real limitation, it’s more how much does he want to suffer?” Wenger said on beIN SPORTS.

“He has pace, power, technical ability, he is very intelligent. Sometimes he looks the easy way in football, that’s what was his problem.

JUST IN: Angel Di Maria ‘hates’ Man Utd and does one thing every time he sees former club on TV 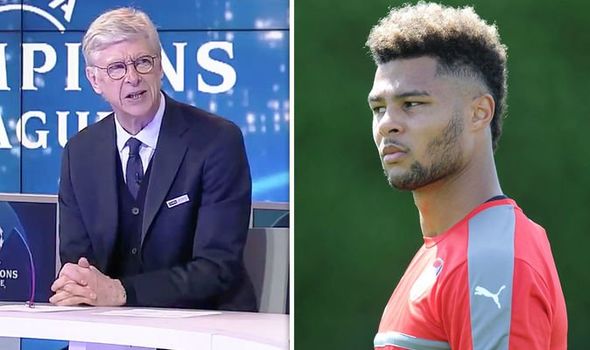 “I gave him to West Brom and he didn’t get a game, didn’t work out at all.

“In fairness I think we had an agreement with him in fact and Bayern stole him away through Werder Bremen.

“He’s a good player and he needs good players [around him] like everybody but he has individual ability and collective ability.

“We had an agreement with him, because he didn’t play at West Brom I let him go with the Under-21s in the summer with the German national team.

“He did very well, of course he was fresh, we had prepared him for us to sign his new contract and then suddenly he wanted to go to Werder Bremen.

“Six months later or less than one year later, he moved from Bremen to Bayern but it was a done deal before. 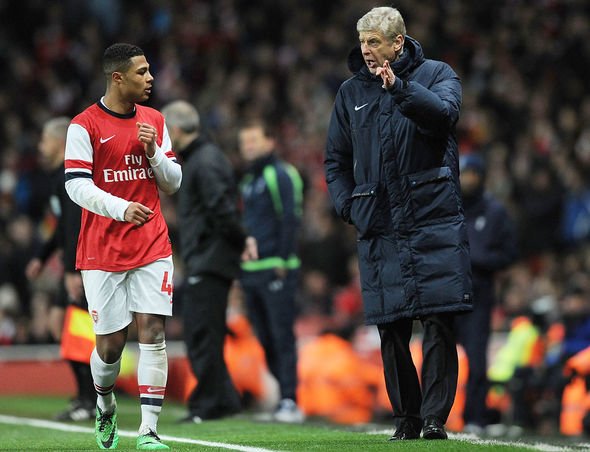 Ahead of this week’s Champions League last-16 first leg clash with Chelsea, Gnabry revealed he is delighted with how his career has panned out so far.

“I’m glad with how it’s turned out,” Gnabry told the BBC.

“The route I’ve taken made me what I am and who I am today.

“I had hard times [in England]. English football is a bit tougher I would say in the youth than back in Germany, so you also have to adapt to that.

“I think everyone who goes through a similar scenario experiences the same, but in the end it is an experience and it makes you grow.

“I knew that I needed to play again at a high level, and I think Germany in the couple of years since I moved had progressed a lot.

“So I thought: ‘OK, take a chance on that, let me go back.’ I didn’t see a lot of game time at Arsenal the next season. That was the key factor.”