‘He should retire now, it ain’t getting better than this’: Cremonese defensive midfielder Michele Castagnetti sends fans wild with 70-YARD wonder goal after smashing goalkeeper’s punt back to where it came in Serie B win over Virtus Entella

Cremonese defensive midfielder Michele Castagnetti sent fans into a frenzy after scoring a ridiculous 70-yard wondergoal in a Serie B clash on Monday.

During a Italian second division encounter with Virtus Entella, Castagnetti and his team-mates found themselves one goal to the good and were searching for another.

With Cremonese in the ascendency, an attack by the visitors fizzled out and was collected by Virtus Entella keeper Alessandro Russo, who tried to relieve some pressure by booting the ball down the field. 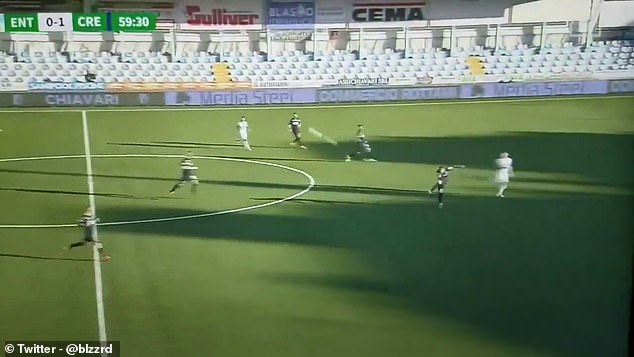 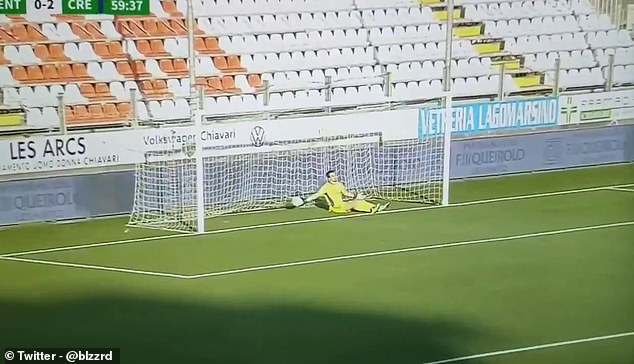 However, Russo would soon be picking that same ball out of his net just seconds later following an unbelievable first-time hit from Castagnetti.

With the ball flying into Castagnetti’s half, the defensive midfielder immediately clears the ball with some venom, smashing it back to where it came from.

After hanging in the air for what seemed like an eternity, the ball drops from out of the sky before nestling into Russo’s net, sending the visitors’ bench into wild celebrations at the Aldo Gastaldi Stadium. 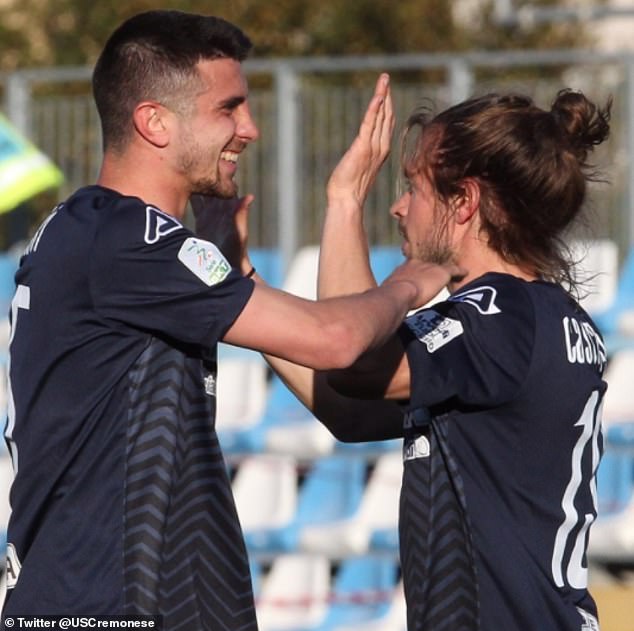 The stunning strike began doing the rounds on social media the following day, leaving fans gobsmacked at the ‘Puskas-worthy’ strike.

One fan suggested that the 31-year-old should hang up his boots now, because it isn’t ‘getting better than this’.

Another wrote: ‘Forget every goal you’ve ever seen. Cremonese’s Michele Castagnetti has just outdone every single one of them.’

Others were left stunned at the ‘unbelievable’ and ‘outrageous’ strike, while a number of other Twitter users pointed out that it was a ‘lucky clearance’.

No matter the intent, the goal was without doubt a stunning one, which sees Castagnetti join a select few in scoring wondergoals from their own halves.

While Castagnetti also opened his account for the season, the former SPAL and Empoli man managed to seal three crucial points against the league’s basement boys, which saw Cremonese leapfrog Pordenone into 14th and further distance themselves from the relegation places.

Tags: B, Castagn, Michele, PLAYER, Serie
You may also like
Latest Posts