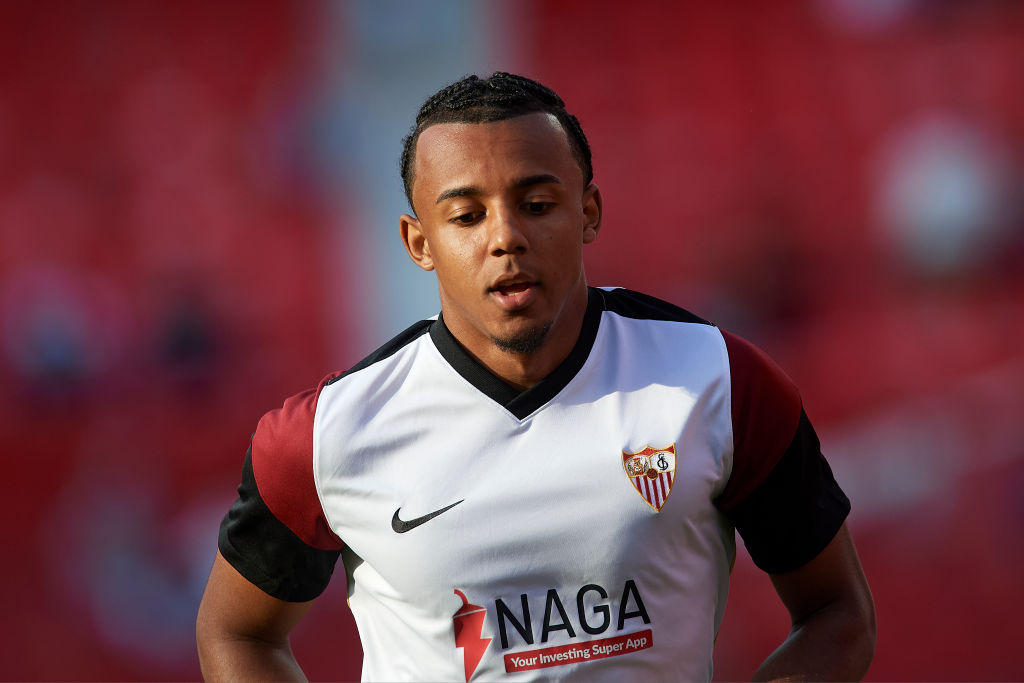 Sevilla have moved to play down suggestions that Barcelona have hijacked Chelsea’s deal for Jules Kounde at the eleventh hour and insist they have not received an offer, according to reports.

On Friday evening, Kounde’s £55million move to Stamford Bridge appeared to be a formality but on Saturday morning rumours in Spain suggested there had been some dramatic developments.

It was claimed that Barca had spent the night in intense negotiations with Sevilla, with director of football Mateu Alemany managing to strike an agreement in principle.

Although Kounde would welcome a move to Stamford Bridge, his preference is to join Barcelona and he was further convinced after a phone call with international team-mate Ousmane Dembele.

But now Mundo Deportivo are reporting that the claims have been overblown, with Sevilla insisting that there has been ‘zero contact’ with their Barca counterparts.

The only club they have agreed a fee with so far is Chelsea, though they are still waiting for the west Londoners to submit the paperwork to finalise the transfer.

Kounde is, however, open to delaying his final decision just a little bit longer to see if Barcelona can stump up the transfer fee required – though that does not suit Sevilla.

The Spanish club have grown tired of the transfer saga and want to cash in on Kounde as soon as possible so they can use the funds to begin reinvesting in their own squad.

El Chiringuito, meanwhile, have gone even further and say Sevilla have branded the reports about Barca agreeing a fee with Kounde as totally false and feel they are a last-ditch ploy to try and hijack the deal.

The hierarchies of both Chelsea and Barcelona are currently in the United States for pre-season tours, so more information about the status of the deal is expected later on Saturday.

Chelsea had been extremely confident of securing a deal for Kounde after ramping up talks at the end of last week and Tuchel appeared to be in a buoyant mood when he spoke to the media on Friday.

Asked about Kounde, he replied with a big smile on his face: ‘No news. If there will ever be news about Jules Kounde I will tell you.’

When it was suggested Kounde had snubbed Barca, Tuchel again had a wide grin and replied: ‘That’s what you say, but I will not start commenting on other players.’