Gary Breen caused a row with some scathing observations on Shane Duffy’s loan move to Celtic. Yet underneath the nonsense about international gambles and Virgil van Dijk acquiring bad habits in the SPFL lay an astute prediction.

At this rate Shane Duffy really *might* finish his season in Glasgow with a goal tally in double figures.

The Irishman’s second goal in two games pulled Celtic out of a hole of their own making in Paisley. A headed winner from James Forrest nine minutes before half-time turned around a game which started in calamitous fashion for Scotland’s champions. 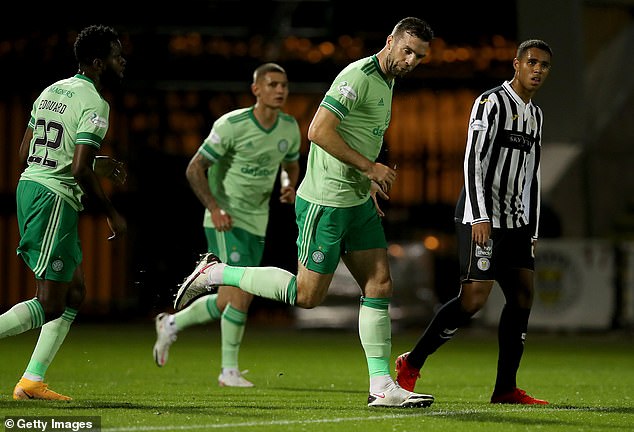 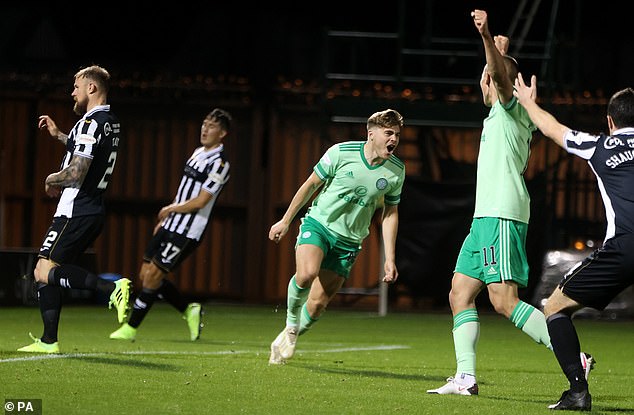 Credit a St Mirren who’ve had a rotten old week of it. The Buddies entered this game with low expectations for good reason.

Precisely 21 league meetings with Celtic had come and gone since a 4-0 victory in March 2010 cost Tony Mowbray his job.

The Paisley side spent the week engaged in an angry war of words with the SPFL over the decision to go ahead Saturday’s 3-0 defeat to Hibs despite the loss of no fewer than three goalkeepers to the effects of coronavirus.

Zdenek Zlamal was back between the sticks after his emergency loan move from Hearts this week and, in an ironic twist, had a very decent night. 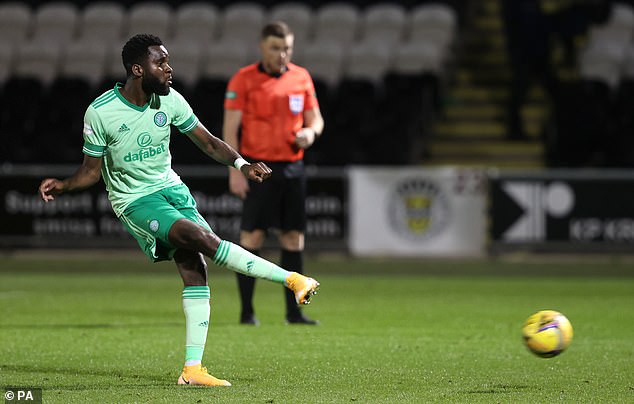 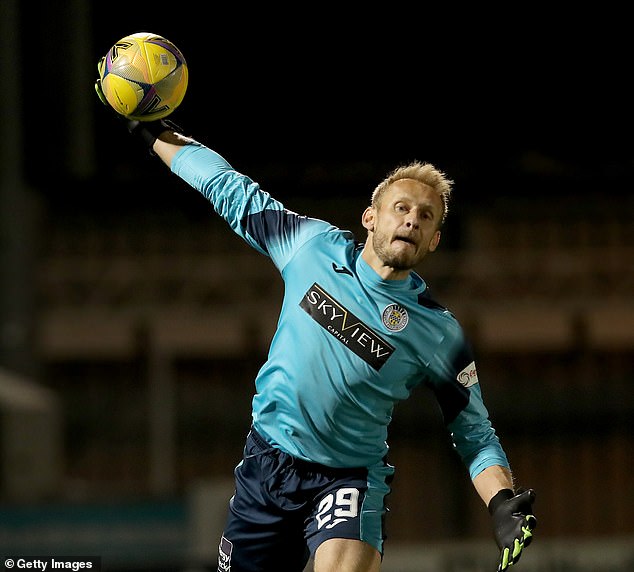 The Czech’s fine save denied Odsonne Edouard a record of four penalties in four games and kept the outcome of this game in doubt right up until referee John Beaton blew his final whistle.

The only regret for Jim Goodwin was the failure to hang on to a lead which came just too early in the game. The prevailing emotion from a much changed Celtic team at the end was relief.

Not for the first time this season they got away with some ropey defending at times to narrow the lead on Rangers to three points with a game in hand.

Neil Lennon made four changes to the side who thrashed Ross County 5-0. Celtic’s reshuffled starting eleven got off to a pretty awful start. The same couldn’t be said Lee Erwin as the striker made his first Saints start since a switch from Ross County last week. 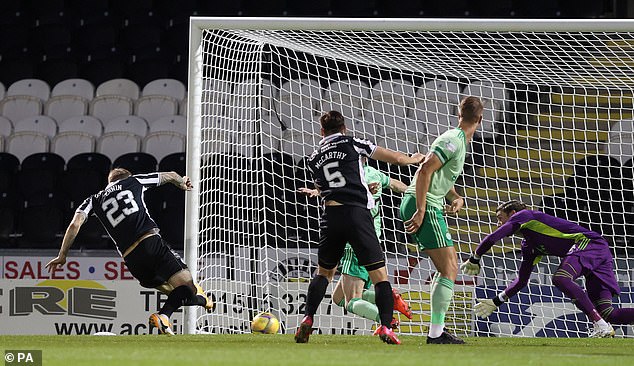 The Celtic manager’s tinkering with his team raised eyebrows to the roof when the home team claimed the lead in the third minute with their first corner.

Jamie McGrath fizzed one in towards the head of Joe Shaughnessy and the defender’s flick towards the back post almost caught under the feet of the unmarked Erwin.

Hatem Elhamed – in for Christopher Jullien – had a poor night and was nowhere, the former Motherwell man bundling the ball over the line from three yards.

Few saw that coming. Least of all a Celtic side who took time to steady themselves before turning things around before half-time.

They never quite managed to put the game beyond St Mirren and that was partly attributable to a lazy Edouard spot kick saved by Zlamal, an unexpected hero of the hour. 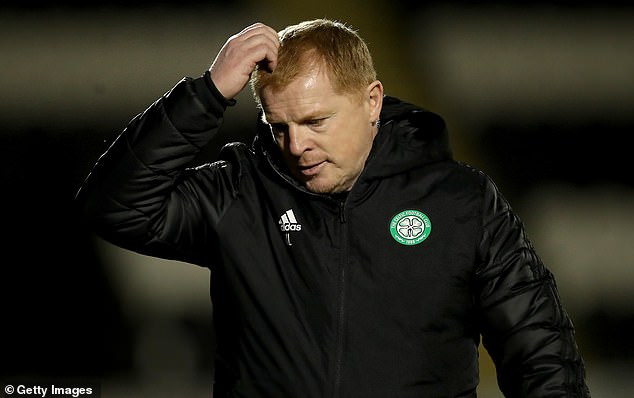 With a new formation Celtic continue to look mildly unconvincing at times. Yet games like these away from home on a hiding with nothing will settle the destination of the title and they got there in the end.

The architect in chief of the comeback was the excellent Ryan Christie. The Scotland midfielder had a terrific game, pulling his team up by their lime green collars and back into the game with assists for both goals.

It was his free-kick from the far touchline which invited Duffy to attack the ball in a crowded area. As in Dingwall on Saturday he barely needed the invitation, stooping to head the equaliser into the net past Zlamal.

In an empty stadium Celtic’s sigh of relief was easier to make out. The passing became more crisp and slick.

The best move of the half looked liable to end in Odsonne Edouard sweeping Celtic into the lead after a superb piece of work again by Ryan Christie in 35 minutes.

But Celtic’s midfielder was everywhere and his second assist of the night wouldn’t take long.

A minute later he swung a pacey dangerous left foot cross into the area to pick out the unlikely head of James Forrest. The ball planted high in the net, St Mirren’s promising start had been turned on its head by half-time.

The second half threatened to be a long, draining business. Forrest was inches away from adding a third goal when he swept a Greg Taylor centre inches wide of the post. Edouard’s thumping free kick from 20 yards got up and down with pace and was pushed round the post gratefully by Zlamal.

For the home side the need to defend stoutly was now relentless, the game becoming a test of their fitness and concentration. 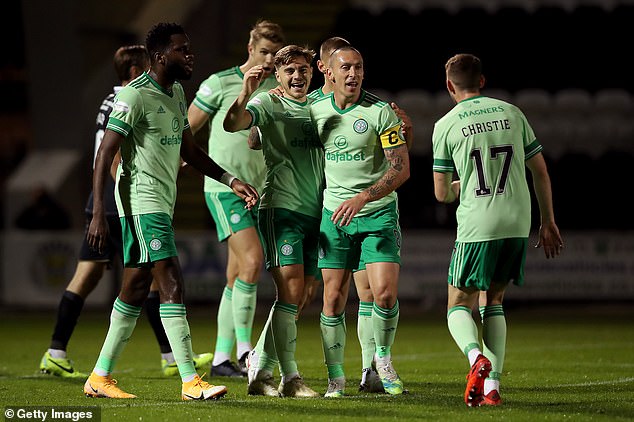 Handed a rare start the game passed Patryk Klimala by. The arrival of Albian Ajeti for the last 25 minutes came moments after Jim Goodwin threw on winger Kyle McAllister in the hope of stretching Celtic on the flanks. The next goal – whoever it came for – would be critical.

It looked more likely to come for Celtic when the visitors won a penalty with 15 minutes to play when Jamie McGrath pulled down Ryan Christie on the byeline. Odsonne Edouard had scored three penalties in his last three games, but this was the kind of night like to have the amateur body language experts freeze framing the video.

Engaging in a game of slow, stuttering brinksmanship with Zlamal the loan keeper got down low to save a poor spot kick. St Mirren were still in the game, Edouard replaced by Olivier Ntcham with 10 minutes to play.

Zlamal had a terrific night in the end, an injury time stop from Ryan Christie denying the midfielder the goal his performance deserved. For Celtic this was a closer game in the end than it really had to be.

Tags: again, as, Ce, Duffy, scores, Shane
You may also like
Latest Posts

Ben Chilwell opens up about Chelsea pep talk from Ashley Cole
Recent Posts
This website uses cookies to improve your user experience and to provide you with advertisements that are relevant to your interests. By continuing to browse the site you are agreeing to our use of cookies.Ok