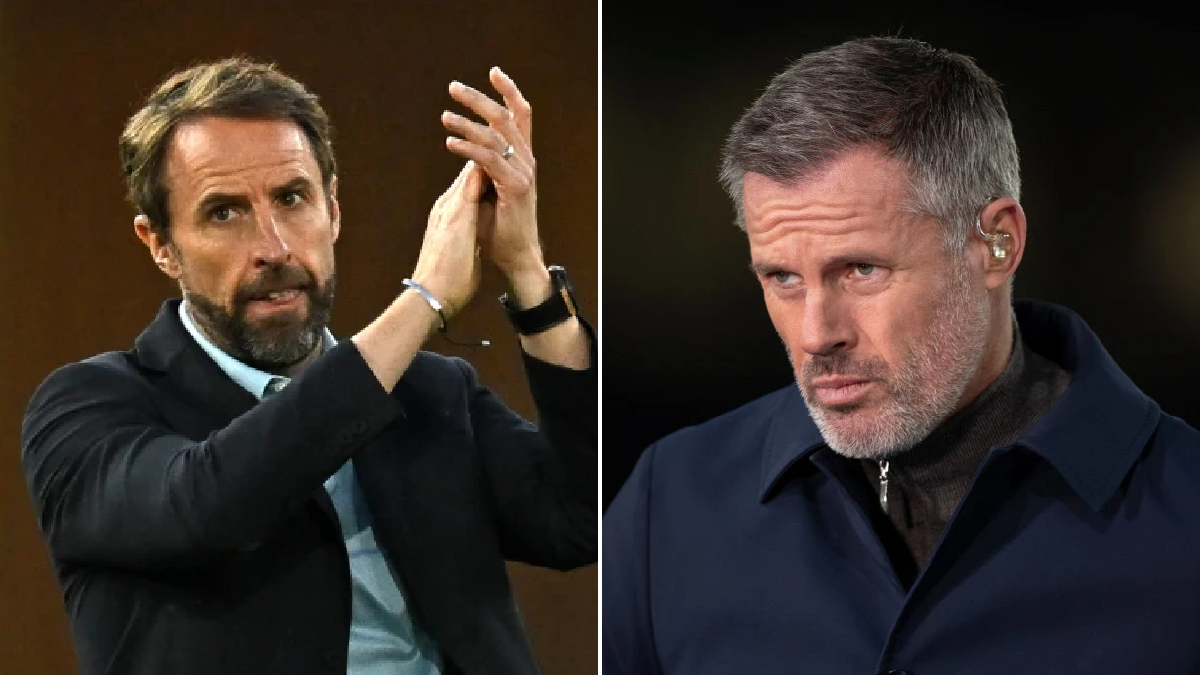 Jamie Carragher has jumped to the defence of Gareth Southgate after England’s 4-0 defeat to Hungary in the UEFA Nations League and has hit back at fans calling for him to be sacked.

The Three Lions went behind after just 16 minutes at Molineux on Tuesday evening before shipping three more goals in the latter stages of the second half, while John Stones was also controversially sent off.

Supporters booed and jeered England’s players when the full-time whistle was blown while there were also chants of ‘You don’t know what you’re doing’ and ‘Sacked in the morning’ directed at Southgate.

Carragher was enraged by the reaction the England manager received, describing his critics as ‘clowns’, and is confident this summer’s Nations League results are just a blip.

‘Shut up you clowns,’ tweeted Carragher in response to the chants. ‘This manager has taken the country in two tournaments to the best positions since 1966.’

‘Southgate has overachieved albeit with favourable draws. Rest up boys and come back to your normal level.’

Despite failing to win four straight matches and suffering the worst home defeat in 94 years, skipper Harry Kane insists there is nothing to panic about and hit back at questions over Southgate’s future.

Speaking to BBC Radio 5 Live after the match, he said: ‘It’s a really disappointing question to be asked. Let’s not forget where we have come from.

‘Gareth has been a key part of transforming this England team to one of the most successful sides we have had in the past 50 years.

‘I know it’s disappointing for the fans. It has been a disappointing camp, every now and then football throws up a surprise, we have to look at the big picture.

‘It’s the first low point I’ve had in five years, a really disappointing night. We expect to win these games, but it wasn’t our night. We need to stay calm and learn from it.

‘We’ve had two fantastic tournaments in a row. It’s not the time to panic. It’s a loss we’re disappointed with but we need to stay calm and we know we have stuff to work on.’