His heroics between the sticks saw his side earn a superb point and clean sheet, and to little surprise, the stopper celebrated the result as if were a victory at full-time.

The 22-year-old was later named the man of the match in the surprise stalemate, thanks to a brave display which saw him frustrate one of the tournament’s favourites. 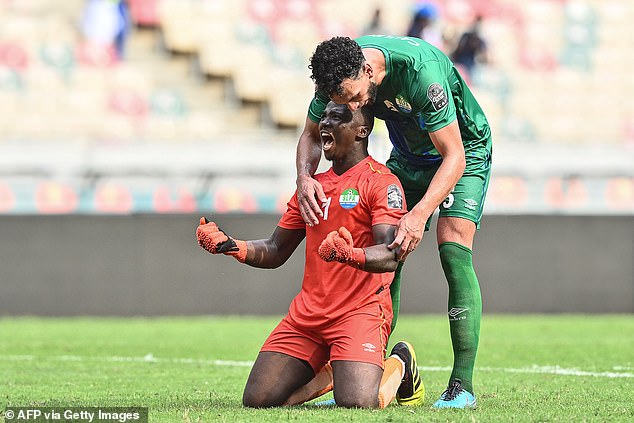 Sierra Leone are playing in their first Cup of Nations since 1996 and only their third ever, while heavyweights Algeria remain unbeaten since 2018.

They carved out plenty of openings to win, however, with Yacine Brahimi twice firing straight at Kamara and Sofiane Bendebka somehow failing to hit the target.

Even Riyad Mahrez was left without the answers when his low drive, which seemed destined to nestle in the bottom corner, was tipped out by the in-form ‘keeper. 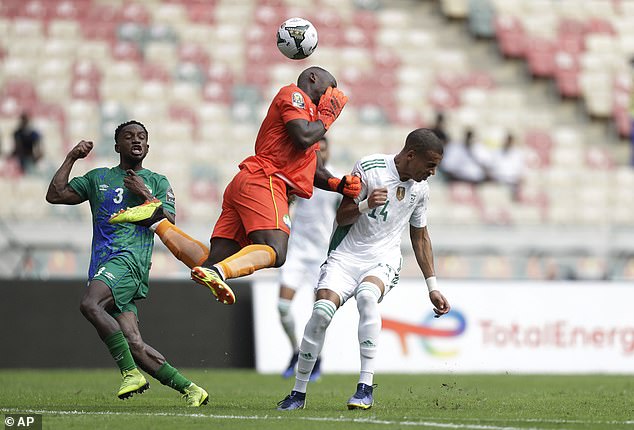 The final act saw Baghdad Bounedjah nod weakly at Kamara inside stoppage time, and the underdogs flooded onto the pitch after the final whistle to start the party.

The goalkeeper has been hailed on social media this evening, with many users quick to point out his victory-defying heroics. 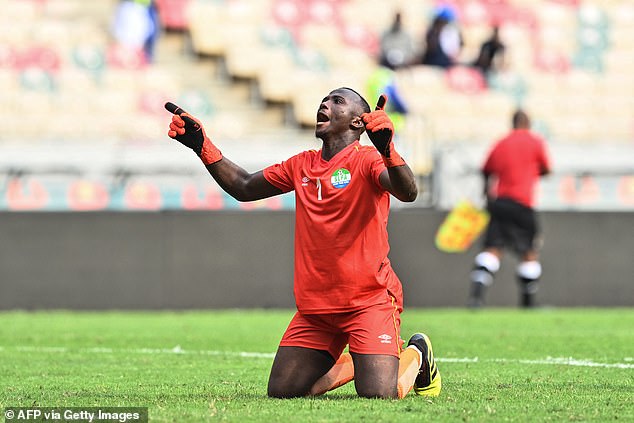 After the final whistle, the stopper fell to his knees, and he has been hailed on social media

Another posted: ‘Goalkeeper Mohamed Kamara made seven saves and came off his line to sweep the ball four times today.

‘He snuffed out Algeria outside and inside his box. Brave and commanding display from the 22 year old. Clean sheet vs the reigning champions.’

‘Mohamed Kamara. What a performance,’ a third added. ‘The goalkeeper was unplayable for Sierra Leone against Algeria.’

‘Mohamed Kamara was assurance personified in goal for Sierra Leone,’ a fourth posted.

‘The Leone Stars hold the defending champs and favourites. Welcome to competition football.’

And a fifth said: ‘From the 56th minute to the end it was Mohammed Kamara vs Algeria. Solid saves.’