West Ham survived a scare in Denmark as they came back from behind again to make it two wins out of two in the Europa Conference League.

Silkeborg – managed by ex-Aston Villa defender Kent Nielsen – had never won a game in the group stages of a European competition but the home side took a surprise early lead, thanks to a superbly taken goal by Kasper Kusk.

A well worked move down the left flank saw Lukas Engel’s cross find Kusk in space and his first-time finish left Alphonse Areola rooted to the spot and nestled into the back of net. 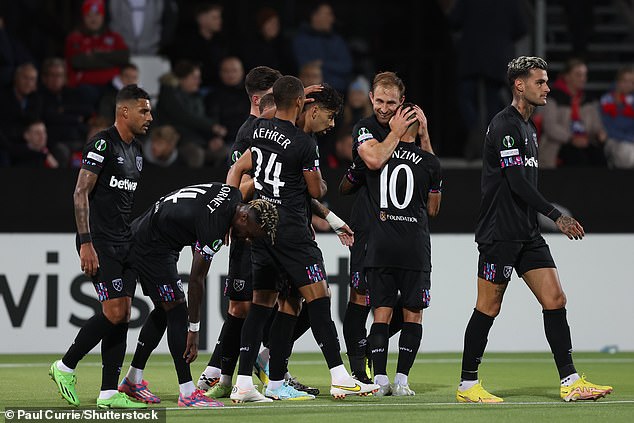 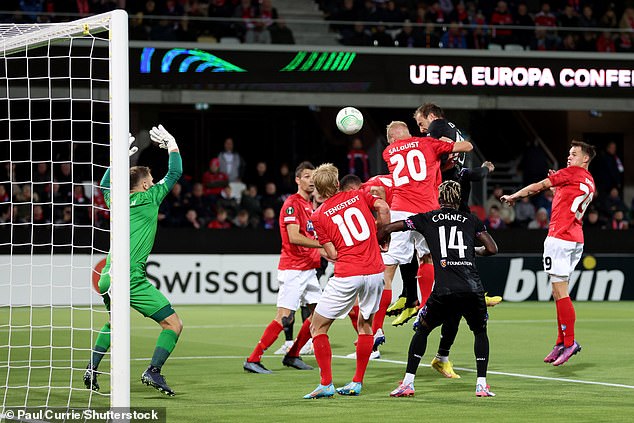 West Ham’s comeback against FCSB last week came with three second-half goals but this time around, three first-half goals in the space of 25 minutes ultimately secured the points for the visitors.

The Danish side’s lead lasted just seven minutes after Tobias Salquist fouled Maxwel Cornet in the box and the visitors were awarded a penalty, which Manuel Lanzini duly converted past Nicolai Larsen.

And David Moyes’s side went ahead shortly after as Cornet fed Gianluca Scamacca and the Italian unleashed an unstoppable strike past Larsen before he could even move.

West Ham were fortunate when Silkeborg had a goal wrongly ruled out after their skipper Nicklas Helenius headed in from a corner but the referee had blown for a free kick on Areola, even though replays showed that the West Ham keeper had run into a Silkeborg player. 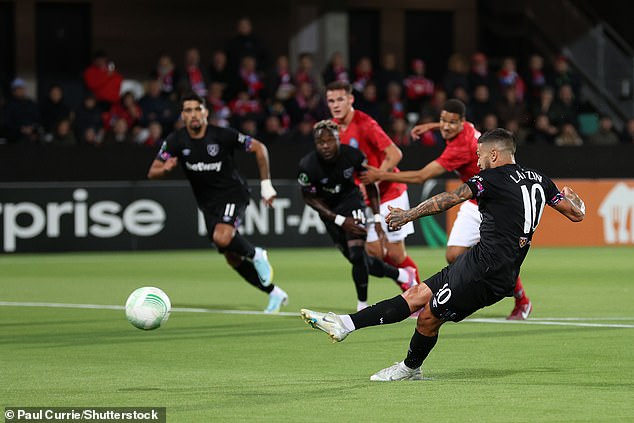 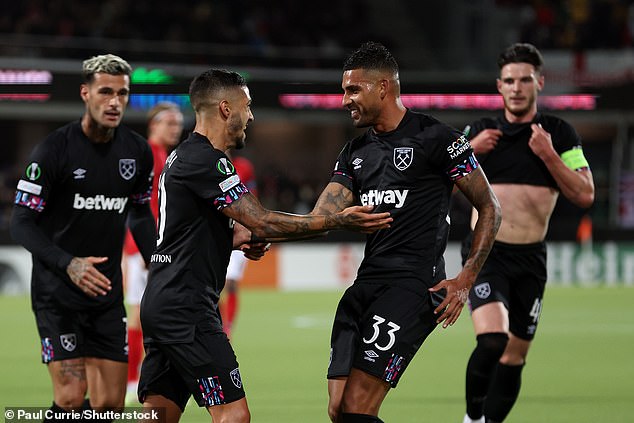 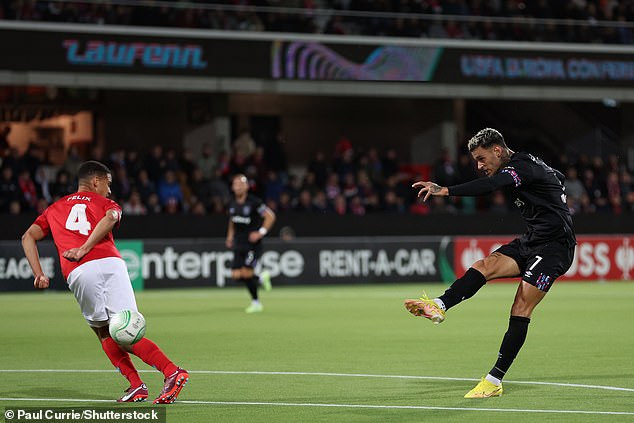 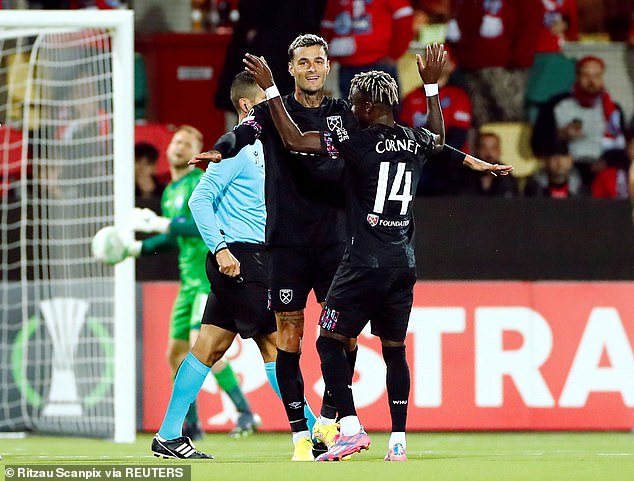 If the Europa Conference League had VAR, it would have been two apiece but instead the Hammers doubled their advantage shortly before the break when Craig Dawson – making his first start of the season – bundled in Aaron Cresswell’s corner at the near post.

Moyes was unsure whether he would risk either Cresswell or Dawson on the artificial surface, given that both were returning from injury but the pair’s combination proved pivotal.

It was Cresswell’s 300th West Ham appearance and the fourth European game in succession where West Ham had scored three. 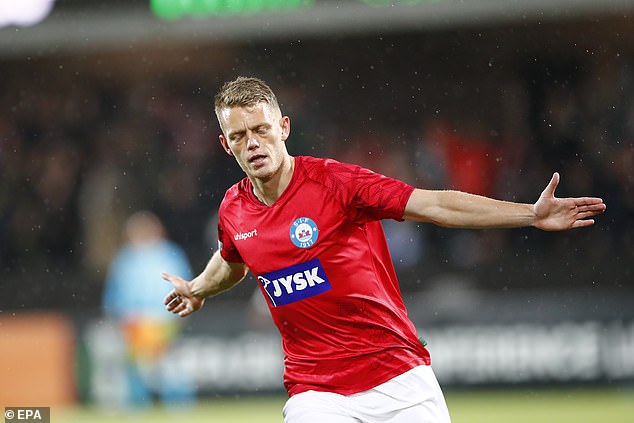 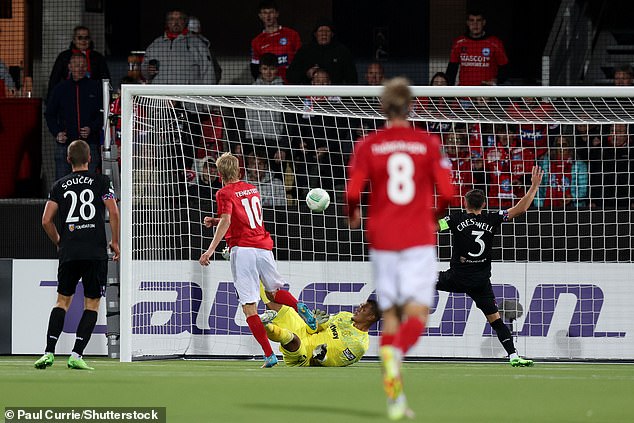 The second half seemed like an exercise in common sense until Soren Tengstedt pulled one back for Silkeborg with 15 minutes to go, after Jarrod Bowen lost possession and Areola could only parry Tonni Adamsen’s strike to Tengstedt, who blasted home.

Adamsen’s introduction off the bench changed the complexion of the game and he nearly levelled but was denied by a brilliant one-handed save from Areola.

West Ham held on, though another tough test lies in a double header against Anderlecht in October, in a competition where coming second in the group means an extra round to navigate in February before the round of 16.