Chelsea have often been slammed for their use of the loan system, with the Blues accused of hoarding young talent without giving them a chance to impress in the first team. However, things have changed under new manager Frank Lampard and the latest crop of youngsters stand a genuine chance of making an impression at Stamford Bridge.

Since taking over at Stamford Bridge, Lampard has overseen the emergence of Tammy Abraham and Mason Mount as integral parts of the Chelsea starting XI.

Fikayo Tomori has also been given his fair share of match action in central defence while Reece James looks like a long-term prospect at right-back.

All four are now being touted as options at international level for England, having impressed in the development squads, while Callum Hudson-Odoi is another youngster who is starting to fulfil his potential under Lampard.

But who are the brightest young stars who could make the jump up to the senior squad next season?

JUST IN: Roman Abramovich may sack Frank Lampard because of one person after Chelsea dispute 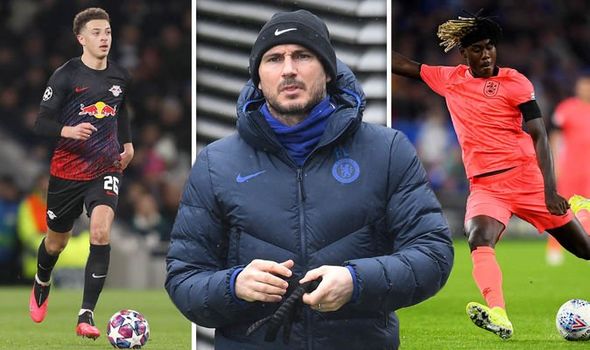 One of Chelsea’s most high-profile loanees, Ampadu has actually found the going tough since joining RB Leipzig in the summer.

The 19-year-old has managed just three substitute appearances in the Bundesliga but has also featured on three occasions in the Champions League.

The Welshman’s only start of the season came in the 1-0 win over Tottenham earlier this month, but his impressive display will have caught Lampard’s eye.

Versatile enough to play in defence or midfield, Ampadu will add strength in depth to the squad and already has 12 senior appearances in cup competitions.

However, the 22-year-old centre-back had a slow start to life on loan at Birmingham this season and did not make a Championship appearance until October, then had to wait another month for his second outing.

However, Clarke-Salter has made a further 12 league appearances since, establishing himself at the heart of the Blues rearguard, and now looks ready to offer competition to the host of senior centre-backs at Stamford Bridge.

Antonio Rudiger is undisputed first-choice under Lampard but the Chelsea boss appears undecided on his preferred partner for the German, leaving the door open for Clarke-Slater to displace Andreas Christensen, Kurt Zouma or Tomori next term. 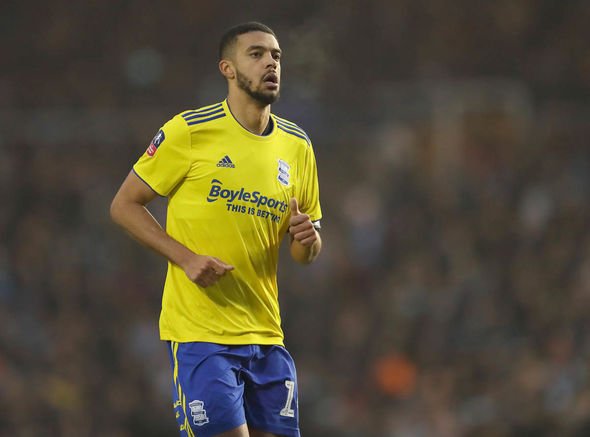 Like Clarke-Slater, Guehi has been touted as a big prospect in the Chelsea youth academy for several seasons and was a key fixture in the U23s side.

The 19-year-old made his senior debut in the EFL Cup against Grimsby Town earlier this campaign and has already impressed during his short loan spell at Swansea.

Guehi has made five Championship appearances for the Swans since joining in January but remains an outside bet to break through into Lampard’s senior squad any time soon due to fierce defensive competition.

He has time on his side and is expected to experience several more loans before making the jump up – unless Chelsea swing the axe and clear the decks during the summer transfer window.

Chalobah has already enjoyed plenty of success at Stamford Bridge with UEFA Youth League, FA Youth Cup and Under-18 Premier League honours to his name.

A season-long loan to Ipswich last year, during which the Tractor Boys were relegated, has been followed up by a spell at Huddersfield this term – providing the 20-year-old with bags of Championship experience.

The versatile midfielder is one of several Chelsea youngsters who have risen up through the ranks with England and Chalobah is sure to be knocking on Lampard’s door during the summer break. 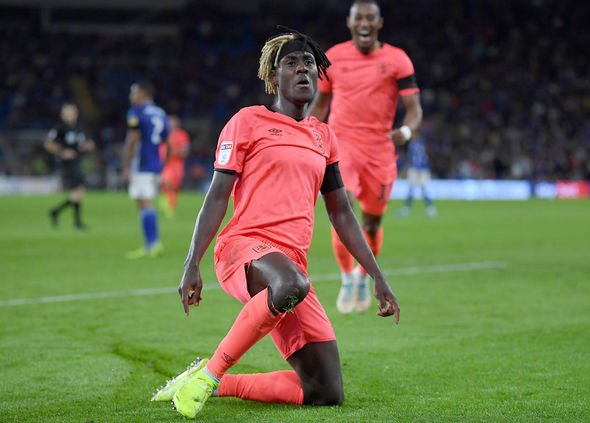 Chelsea have something of a goalkeeping crisis on their hands right now, with Lampard having lost faith in Kepa Arrizabalaga.

The world’s most expensive stopper has been displaced by the unreliable Willy Caballero in recent weeks and is now being linked with a move away from Stamford Bridge.

Chelsea are reportedly interested in both Jan Oblak and Wojiech Szczesny but will be keeping an eye on Blackman’s development in case they also look to move the 38-year-old Caballero on.

Blackman had looked to be making strides during loan spells at Wycombe and Sheffield United between 2016 and 2018 and is now getting vital game time under his belt at Bristol Rovers following failed moves to Leeds and Vitesse. 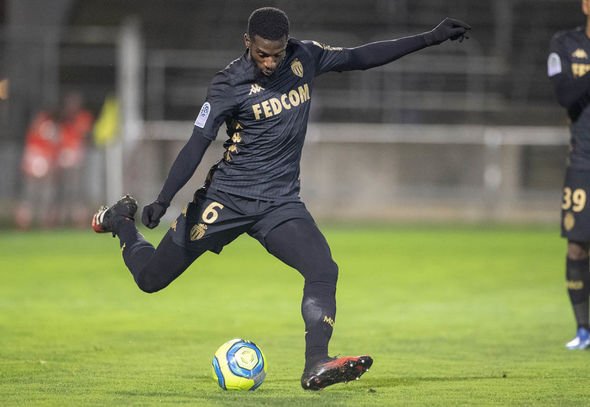 Something of a forgotten man at Chelsea, Bakayoko is currently trying to rebuild his reputation at former club Monaco.

Like fellow much-maligned loanee Danny Drinkwater, Bakayoko was given limited time to impress at Stamford Bridge before being shipped out.

However, the Frenchman still has something to offer the Blues after showing glimpses of his former talent both in France and at AC Milan during the 2018/19 campaign.

Monaco reportedly have a £36m (€42.5m) option to make the move permanent at the end of the season, so Bakayoko’s future is not entirely in Chelsea’s hands.