There could be two more promotions and one more relegation in League One and League Two on Tuesday night, while Rotherham continue their Championship survival hunt.

Here, we take you through all of Tuesday night’s permutations… No promotions or relegations in the Championship on Tuesday night, but there is a massive game near the bottom of the table that a lot of other clubs will have an eye on, as Rotherham head to Brentford for their penultimate game in hand – live on Sky Sports Football from 6.30pm, ahead of a 7pm kick-off.

The Millers are 22nd in the table, four points adrift of Derby, and could move to within a point of the Rams with a win, that would set us on the way towards a grandstand finish in the relegation battle. Sheffield Wednesday, level on points with Rotherham, and Huddersfield – who are eight points clear but not quite out of the woods yet – will be watching. Peterborough are on the cusp of sealing their first return to the Championship since 2013, and a win at home to Doncaster on Tuesday night will be enough to do it. 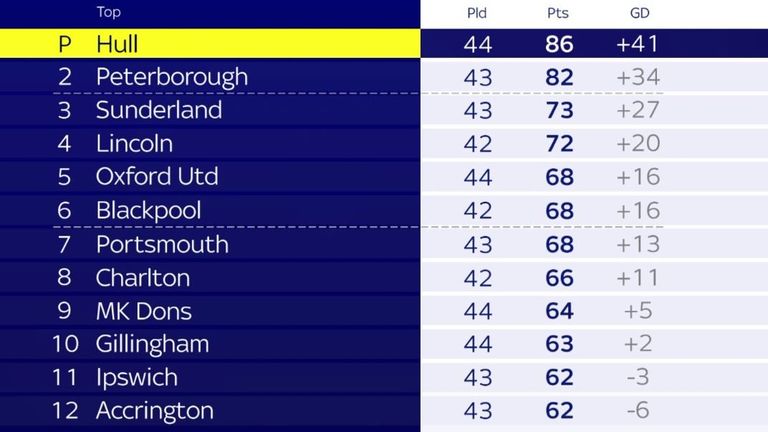 The Posh are kicking off at 7.45pm, and could be promoted before their game is finished, however, if Sunderland fail to win at home to Blackpool, and Lincoln lose at Shrewsbury (both 7pms).

A draw would be enough, too, if Lincoln fail to win, while a defeat would also be okay if Sunderland fail to win, and Lincoln lose. 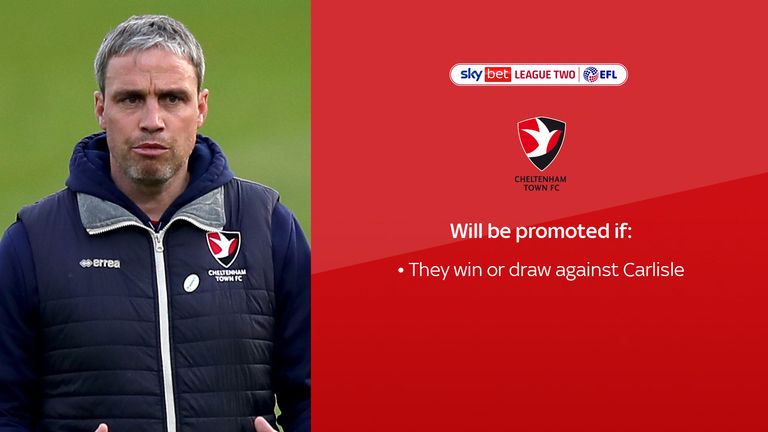 Cheltenham suffered heartbreak in the play-offs last season, but have come back stronger this year and are another side on the verge of promotion on Tuesday night. 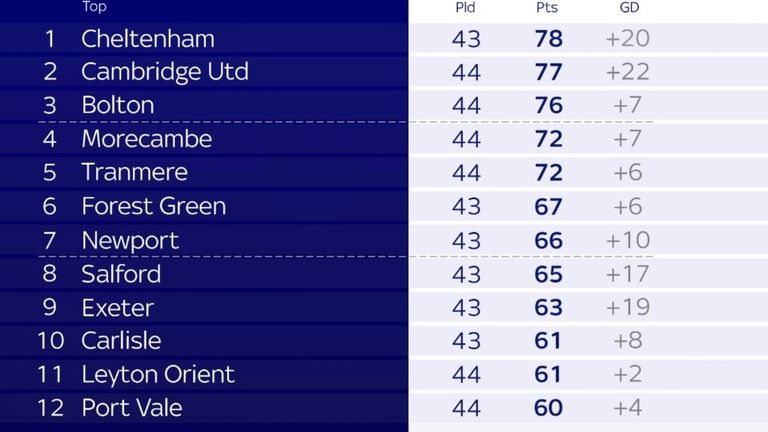 In truth, due to a six-point lead and their vastly-superior goal difference over Morecambe and Tranmere (in fourth and fifth respectively) they are almost guaranteed to go up anyway unless there is a cataclysmic swing in the next couple of weeks. But a point at home to Carlisle on Tuesday night will be enough to guarantee their place in League One for the first time since 2009. 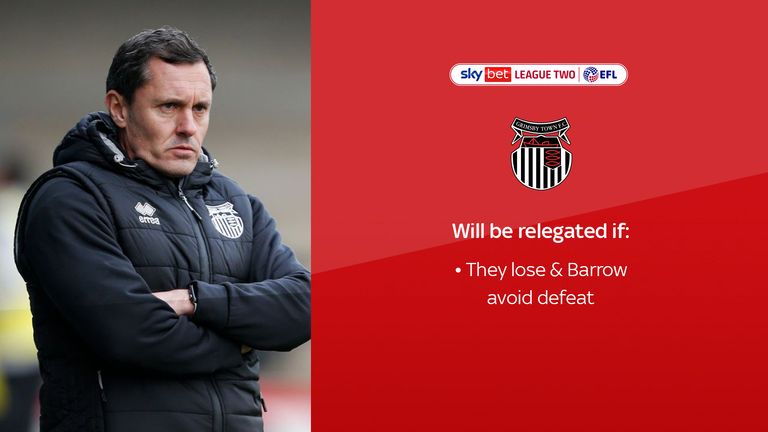 Grimsby lived to fight another day on Saturday as they claimed a rare win, but they could be condemned to relegation on Tuesday night. 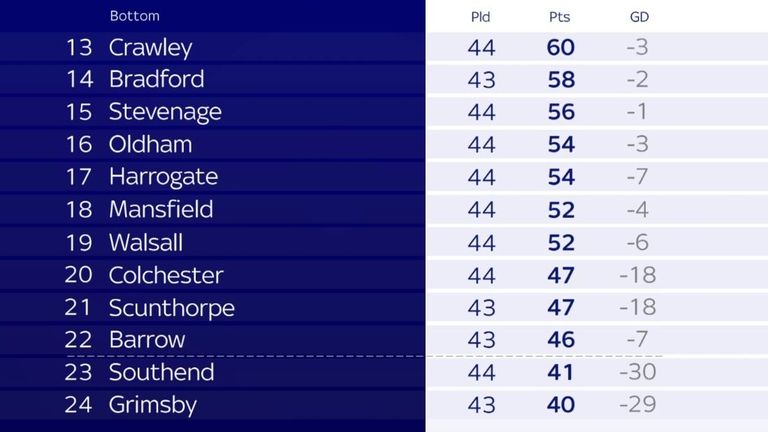 If the Mariners lose to Exeter and Barrow avoid defeat against Forest Green then they will drop into the National League for the first time since 2016.

Tags: Bet, EFL, permutations:, Sky, Who
You may also like
Latest Posts