Television broadcasters Sky Sports and BT Sport are being pressurised to refund customers for the lack of live football action on their channels over the next few weeks, after the Premier League and EFL announced that all league action has been suspended until 3rd April.

The measure comes after the United Kingdom’s move from the ‘contain’ to the ‘delay’ phase of the government’s strategy for coronavirus.

Before today’s announcement, the majority of league matches in England were expected to go ahead. One key exception to this was Arsenal’s match away at Brighton and Hove Albion, which was scheduled to be played tomorrow at 3pm.

Arsenal manager Mikel Arteta’s coronavirus diagnosis forced the game to be postponed, as multiple players across the Premier League put themselves in self-isolation in an attempt to prevent the potential spread of the disease, including all of the Gunners’ first-team squad.

The West Ham United squad have isolated themselves after last weekend’s meeting with Arteta’s Arsenal, whilst Brendan Rodgers announced that three of his Leicester City players are currently missing as a precaution. 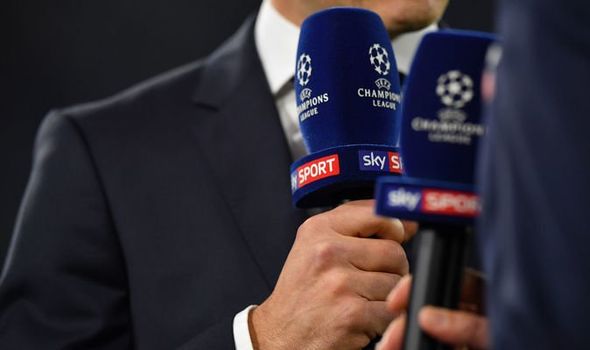 Manchester City left back Benjamin Mendy has also chosen not to train with Pep Guardiola’s first team squad today, after one of his relatives was admitted to hospital for symptoms relating to the coronavirus.

It’s not just league action that has been postponed over the next few weeks – the FA has also announced that England’s friendlies against Italy and Denmark have been called off, whilst all quarter final ties in the FA Cup have also been suspended until further notice.

Although both companies have to adhere to the 2:45pm-5:15pm ‘blackout’ period, where no football in the UK can be broadcast live between the two times on a Saturday, they have often provided coverage to fans who can’t go to matches, with live broadcasts of early and late kick-offs, as well as midweek games.

However, the announcements from the Premier League, EFL and FA will be a major blow for not just Sky Sports and BT Sport, but also broadcasters across the world who choose to provide live coverage of English league games and European competitions.

An alternative measure that was considered before the complete postponement of games was the possibility of playing these matches behind closed doors, with live match streams then able to be accessed by a wider number of people.

Although it is not totally clear what role Sky and BT would have played in this, there is the chance that they may have benefitted from this financially if the government had decided to use the duo for live coverage.

However, the threat of coronavirus has been deemed so severe that matches have been completely suspended, not just preventing the potential spread of the disease through a large crowd of fans, but also through the players.

Both Sky and BT are also set to be hindered by European match postponements in the Champions League and the Europa League. UEFA have ruled that all European games that were set to take place next week have been called off.

As a result of all of this, fans on social media have been urging the two companies to refund subscribers for the lack of live football that will be broadcast over the next few weeks, although it’s unclear at this stage whether this will happen.