Sky Sports have thrown their support behind Warren Gatland’s Lions side by commissioning a one-off multi-dimensional piece of rugby artwork.

The ‘Lion’ as it has been named is on show at Cardiff Castle, and has been designed to help excitement build at home ahead of the South Africa series, particularly with Covid restrictions meaning fans are unable to travel and be on tour.

Perceptual artist Michael Murphy is behind the artwork, which he has described as ‘illusions of images rendered in three-dimensional space’ and hopes represents the passion of Lions fans. 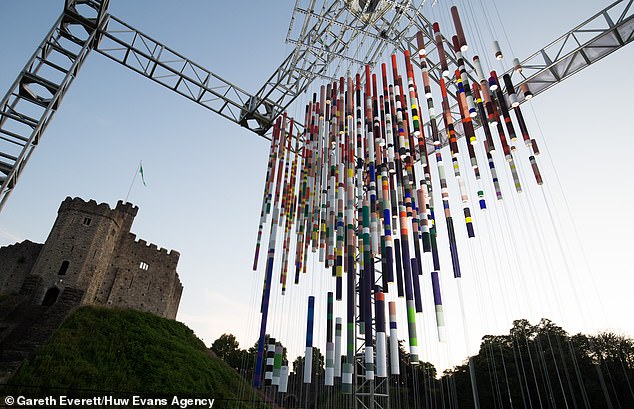 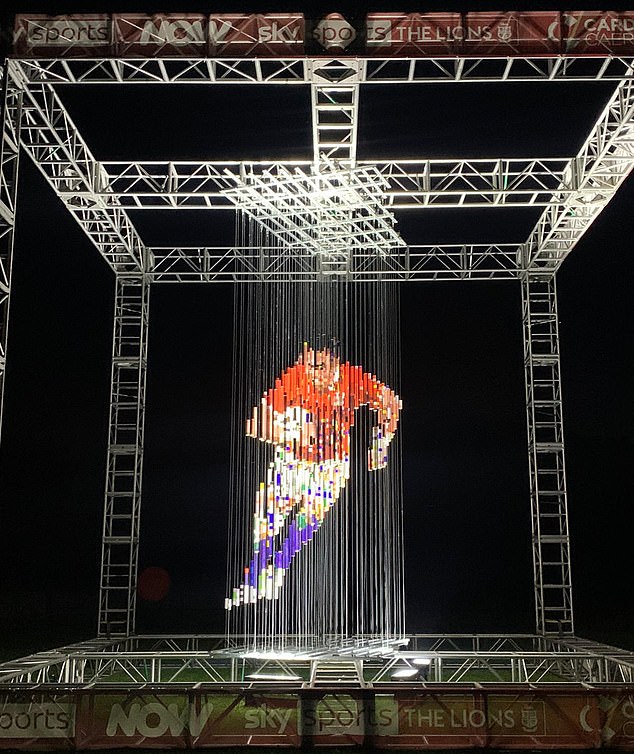 From one perspective, the multi-dimensional piece depicts a Lions player running with the ball 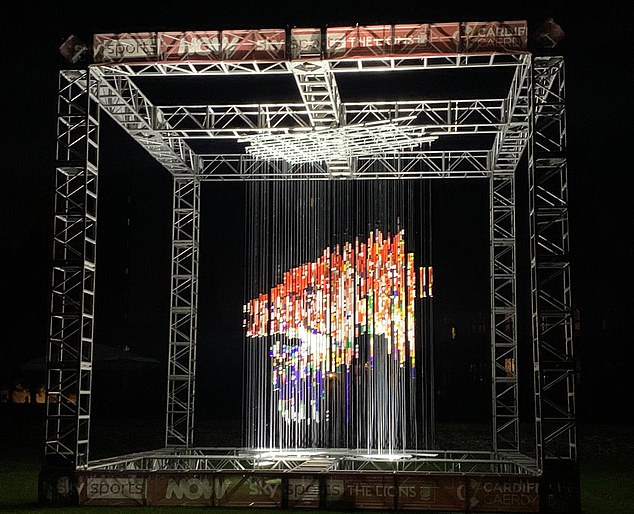 The artwork, which is 7m x 7m in size, appears to be a roaring lion from one angle, but when viewed from a different perspective depicts a player in Lions colours sprinting with ball in hand.

The piece uses all four colours of the nations represented in the team, who will go into the Test series with South Africa without the backing of their supporters due to Covid restrictions.

Scott Quinnell, capped three times as a Lions player, paid tribute to the work for how it represents the unity of the side.

He said: ‘I think it’s absolutely perfect. It’s brought the four nations together, there’s a little bit of each player in there. 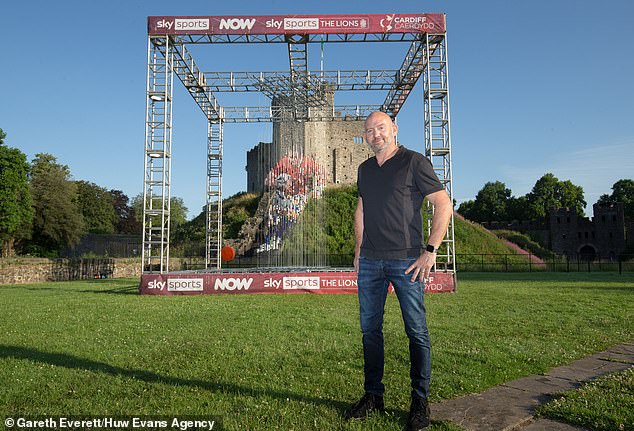 ‘You go round and see the lion – that brings it all together.’

The Lions face South Africa in the first Test of the series in Cape Town on Saturday, before travelling to Johannesburg for the final two matches.

Warren Gatland’s men have won five of their six warmup matches ahead of the series, though the one they lost was to a Test-strength South Africa A side.

Tune in to Sky Sports The Lions to watch every game of the Lions tour of South Africa live. 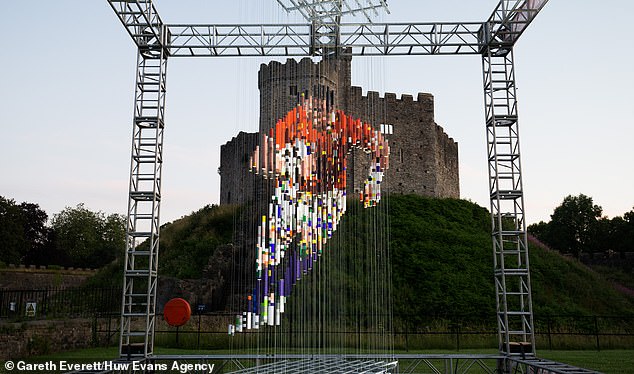