Manchester United boss Ole Gunnar Solskjaer has suggested that Edinson Cavani could have already decided upon his future at the club. The Uruguayan is out of contract at the end of the campaign and could be set to leave Old Trafford after just a season.

The Norwegian has made no secret of his desire to keep the striker at the club with him having had a wonderful impact since his arrival.

However, his future has certainly been up in the air in recent months with a move to Argentina and Boca Juniors previously mooted.

Even the player’s dad suggested that he could see his son departing the Red Devils and signing for the Argentinian giants.

He said: “Edinson is going to end up playing in South America.

“I want Edinson to play in a team that fights for something important.

JUST IN: Man Utd, Man City, Spurs, Arsenal, Liverpool and Chelsea could set to be hit with ‘susbtantial fines’ 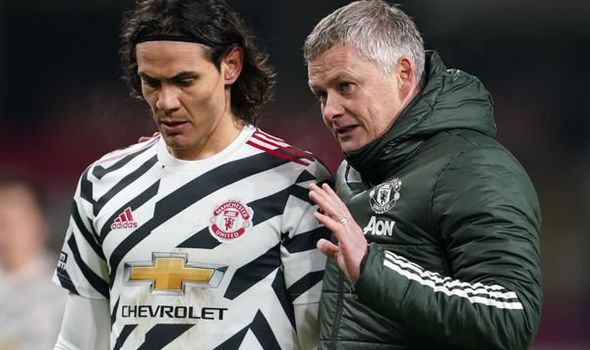 “Edinson had many conversations with [Juan] Riquelme [Boca Juniors second vice-president] and he would like to play for Boca.

“He was always seduced by the idea of playing in Boca. If he returns to South America he is leaning towards Boca.

“By the middle of the year he will return to South America.”

Recent reports however have indicated that Cavani has had a change of heart and instead now wants to remain in Manchester. 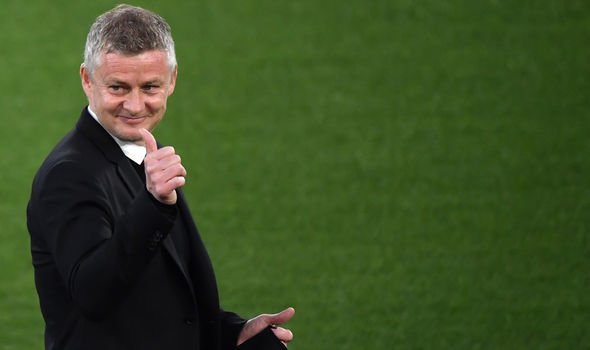 That could well be the case with Solskjaer suggesting that the former Paris Saint Germain has no set date in order to decide his future and could even have already decided where it lies ahead of next season.

“We don’t have a time limit, but the more goals he scores, the better we become as a team, the bigger the chance is that he’ll want to have this feeling again,” Solskjaer said. “Let’s talk after Sunday again hopefully. Maybe it’s changed, maybe he’s decided, maybe.”

Cavani’s impact on the club since his free transfer arrival from PSG is certainly tangible.

The 34-year-old has scored 14 goals in 34 matches in all competitions, whilst providing a further five assists. 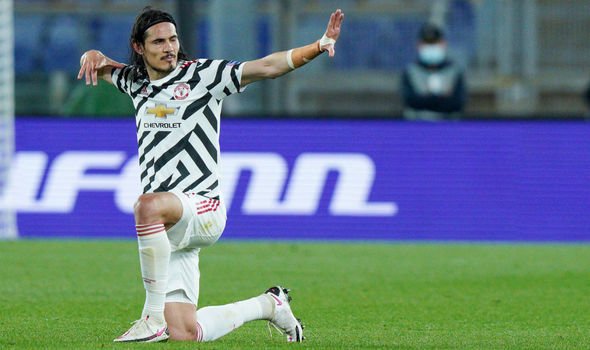 He was key as United reached the final of the UEFA Europa League where they will face Spanish outfit Villarreal.

He racked up four goals and three assists over both legs of the semi-final against Italian giants AS Roma.

Cavani originally only signed a one-year deal at Old Trafford with the option of an additional season should he and the club have mutually agreed upon activating it.

The striker will hope to continue his hot form as United take on Aston Villa in the Premier League this weekend.