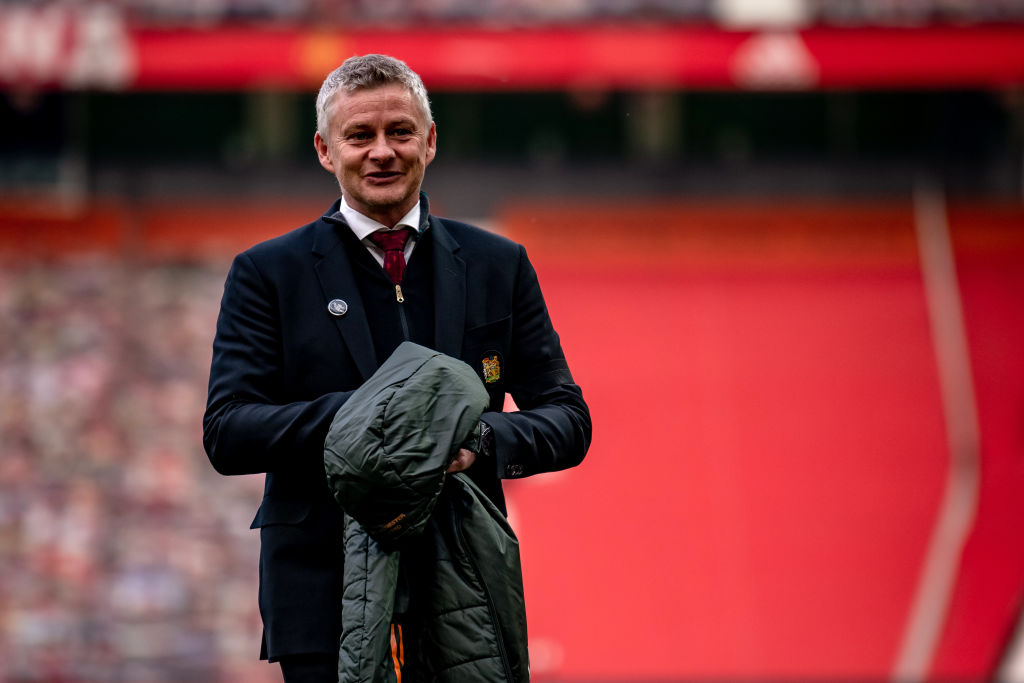 Ole Gunnar Solskjaer has backed Manchester United to ‘move on’ and end the season on a high in the wake of the failed European Super League proposal and Ed Woodward’s subsequent resignation.

Late on Sunday night, United – along with 11 other heavyweights of European game – formally unveiled their plans to form an elite competition where founding members would have been immune from relegation.

Joel Glazer, the Red Devils’ co-chairman, was set to become vice-chairman of the breakaway league but just 48 hours on from the initial announcement, the widely-condemned project had collapsed.

Chelsea and Manchester City were the first of the Premier League’s so-called ‘big six’ to withdraw and United soon followed suit following a ferocious backlash from supporters, pundits, politicians and football’s governing bodies.

United executive vice-chairman Woodward confirmed he would step down at the end of the season amid the debacle and there was disruption at Carrington on Thursday as fans gathered in protest against the Glazer family’s involvement and ownership.

Another protest is planned to take place before the side’s meeting with Liverpool at Old Trafford and off-the-field matters dominated Solskjaer’s pre-match press conference for this weekend’s trip to Leeds United.

‘Football is emotions and emotions run high in football,’ Solskjaer told reporters on Friday when asked about the chaos of the last few days and Woodward’s decision to resign.

‘I’ve had a very, very good working relationship with Ed and the club will have to move on without him.

‘I’m sure Man United will always move on. I’ll work as long as Man United want me to work here and hopefully we can end this season successfully and he’s part of that.’

Solskjaer said he sympathised with the group of United supporters who turned up at the club’s training complex and opened up on the ‘nice discussion’ that took place.

‘I said a few things about what I think the team will do in the future and what we spoke about, we don’t really need to discuss that.

‘But it was a good 10 minutes and I was happy about that, of course. We didn’t shake hands, we gave a fist-bump and then we parted.’

The Norwegian is ‘very happy’ clubs involved in the European Super League have been able to admit their mistake amid a loud and fervent backlash from angry supporters.

‘I’m very happy the fans have voiced their opinions and we have listened to them,’ Solskjaer continued.

‘It has brought the football pyramid together and I think that’s important.

‘I’m a supporter myself and there will be a day when I come back and watch Manchester United and I want to watch a United team with a fear of failure.

‘I didn’t like the concept, it has to be on sporting merit. I want to earn the right to play in Europe.

‘We know we’ve been pioneers and we’ve been in Europe for many, many years, with the Busby Babes, and we want to be part of a successful European campaign again.

‘One of my best nights was something we worked really hard towards. To get to that, you need to have that fear of failure, you can’t be given it because your name is such and such, you have to earn the right to be there.

‘And I’ve always felt and believed in stepping out of your comfort zone, being afraid of failure – that spurs you on, living on the edge a little bit, and that wasn’t part of this.

‘For me, I’m very happy all of the clubs that have admitted their mistake and that this was a bad idea and the way it came out as well.’

‘But the fans – we have a banner at Old Trafford saying “football is nothing without fans” and we’ve felt that for a year. It’s been a difficult year but now, just when we’re going to welcome them back, we get this.

‘The preparation for the Leeds game was a little bit different, but then again that’s part of being in this industry and this club. Manchester United is the biggest club in the world, we want to be part of European football.’

‘But I still think that fear of failure is helping us do that and, being a sporting competitor as I am, my nature is not being handed this, we can’t be handed a place, that’s my opinion.’