Failing to hold up their end of the bargain in a deal they agreed with manager Ralph Hasenhuttl has reportedly cost Southampton players a week off.

The Austrian and his team agreed players not on international duty could have a week off if they managed to emerge from games against Manchester City, Chelsea and Wolves without losing.

The Saints secured a surprise draw away against the Premier League champions, but followed it up with a 1-0 defeat at home to Wolves and a 3-1 reversal at Stamford Bridge on Saturday. 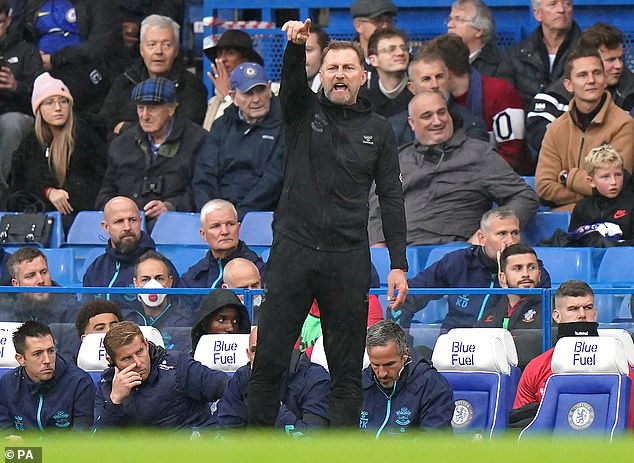 As a result, according to The Athletic, Hasenhuttl expects his players not selected by their national teams to report for training as usual this week.

The report noted that the Saints manager’s decision to conduct training this week is not intended to be a punishment for the two consecutive losses the Saints have suffered in the past eight days.

Rather, it stems from the Austrian’s desire to ensure his players are fully fit ahead of their home against Leeds after the international break, on October 16.

Southampton players will still be given a few days off, albeit not the full week. 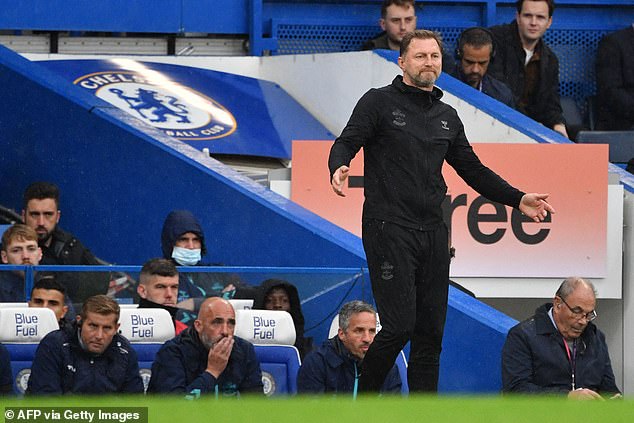 The Saints boss would have given his players a week off had they avoided defeat to Manchester City, Wolves and Chelsea in their last three Premier League games 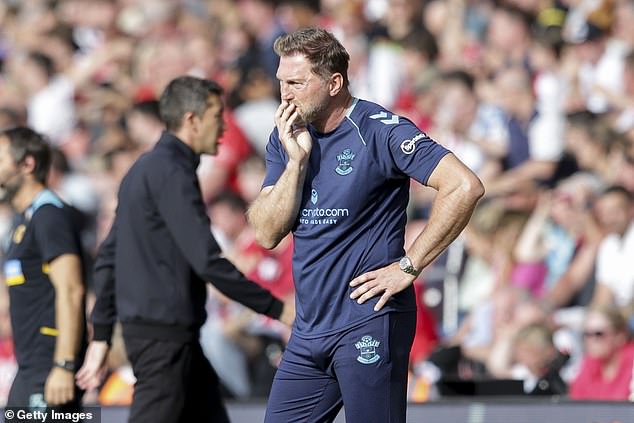 The Saints’ defeat against Chelsea extended their winless run in the Premier League to nine games going all the way back to last season, equalling the longest run without a win of Hasenhuttl’s reign.

The result left Southampton in 17th place, one point above Burnley and Newcastle and three clear of bottom-of-the-table Norwich.

The Saints have now failed to win any of their seven opening games of a Premier League campaign for the third time, but the good news for them is that they managed to escape relegation in both occasions.

In 1996-97 they finished one point above the drop, while two years later they came five points above the relegation zone.

Three of Southampton’s four league games after the international break are at home, with visit by Leeds followed by games against Burnley and Aston Villa with a trip to Watford sandwiched in between.

Tags: cancel, fo, off, Southampton, Week
You may also like
Latest Posts