Chelsea ‘made a £50million bid for Romeo Lavia on deadline day’ – just two months after Southampton signed the 18-year-old, according to a report.

Southampton bought the Belgian youth international from Manchester City for £14m in July, and he scored his first Premier League goal in the Saints’ 2-1 win over Chelsea on Tuesday.

In the Blues’ rush to sign players before the transfer window closed on September 1, they made a £50m bid for the defensive midfielder – which was rejected by Southampton, according to the Southern Daily Echo. 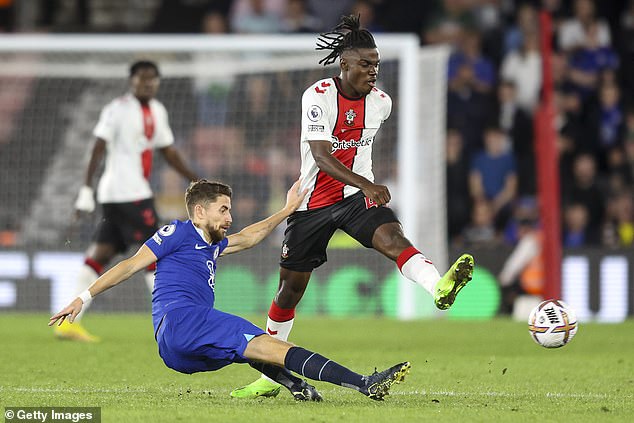 Southampton rejected a late £50m bid from Chelsea for Romeo Lavia, according to a report

Chelsea bought forward Pierre-Emerick Aubameyang from Barcelona for £10.3m, and finalised a loan deal for Juventus midfielder Denis Zakaria, amid a flurry of activity on Thursday.

Southampton made four deadline day signings of their own, welcoming Duje Caleta-Car, Samuel Edozie, Juan Larios, and Arsenal’s Ashley Maitland-Niles, the latter on a loan deal until the end of the season. 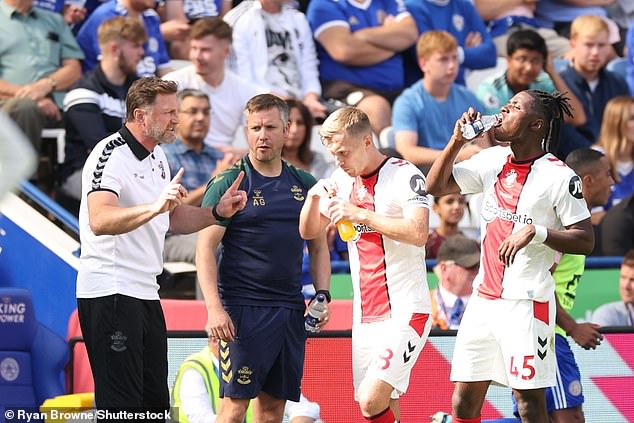 Lavia, right, said he wanted to prove that manager Ralph Hassenhuttl’s trust in him is validated

Manchester City retain a buy-back option on 18-year-old Lavia for £40m, as reported by Sportsmail when the deal was brokered. After coming through at Anderlecht, Lavia spent two years in the Citizens’ academy system, before moving south for first-team football under Ralph Hassenhuttl.

Lavia recently told the Daily Echo: ‘I just came to kind of get experience and I’m getting the chance, I’m trying to give it back to the manager because he trusts me, so from my side I have to prove the manager is correct.’

Lavia suffered a muscle injury towards the end of that Chelsea match last week, and is expected to be out until mid-October. He will be hoping for a quick return to action, after starting all of Southampton’s games this season before his injury.

Southampton have a strong recent history of working with players to develop their careers, through the likes of Tino Livramento, Gavin Bazunu, and Armando Broja.