Gareth Southgate faces several stumbling blocks with the England boss forced to delay unveiling his final squad for Euro 2020… Tough decisions in defence, a surplus out wide and the need to cut numbers have given him plenty to ponder

Gareth Southgate would never claim to have endured a particularly difficult pandemic, despite contracting Covid-19 himself last autumn. But the overwhelming oddness of the last 15 months has certainly hindered his preparations for the European Championship.

In addition to the obvious disruption caused by the 12-month postponement, the England manager has had to contend with working in isolation for much of the last year. He has been cut off from his back-room team and analysts.

For the first two months after football resumed last summer, Southgate was prevented from attending any matches at all. Even when he returned to stadiums, the usual pre-match meetings with players, coaches and directors at clubs were prohibited. Indeed, it was almost a year before he went to a game in the company of his assistant Steve Holland.

With chance encounters a thing of the past, the informal information network has dried up, so in assembling his squad for the tournament Southgate has had to rely on the evidence of his own eyes, often watching on a screen like the rest of us.

UEFA’s decision to expand tournament squads to 26 to guard against player fatigue following the congested season should theoretically have made Southgate’s life easier, but the 50-year-old opposed the change due to fears it would leave him with too many unhappy players at the Finals.

As Southgate announces an enlarged squad on Tuesday, Sportsmail looks at the problems he must solve before the final announcement of his 26-man squad. 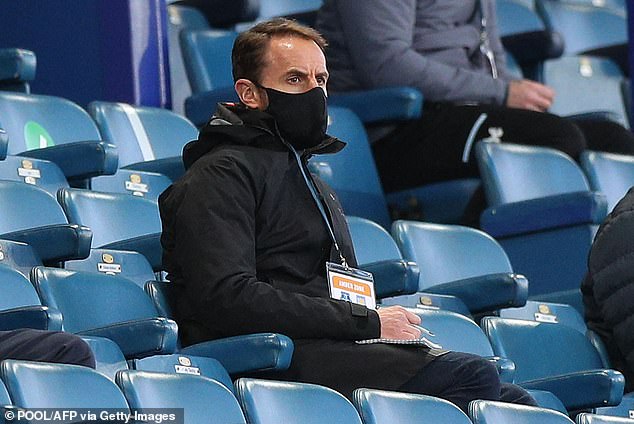 Southgate was unable to attend games for a while, reducing him to watching on via a screen

It says much about the stability Southgate has engendered that the biggest headlines over the next 24 hours are likely to revolve around the identity of England’s third-choice right back, although this also reflects the supreme talent of Trent Alexander-Arnold.

The Liverpool defender’s omission from the squad for England’s World Cup qualifiers in March caused major ructions and his form has improved considerably since, as he has played a key part in the revival of Jurgen Klopp’s side to finish in the top four.

Alexander-Arnold’s creative gifts are such that he has contributed more Premier League assists from right back than Mason Mount and Jack Grealish have managed from midfield – in fewer matches – yet Southgate continues to harbour doubts about defensive tightness. 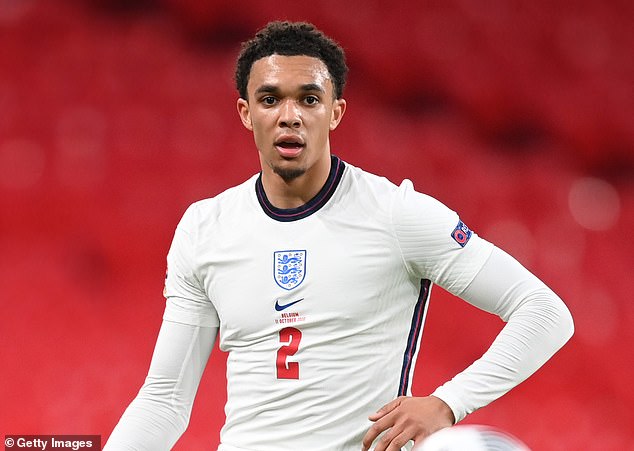 The 22-year-old is also unfortunate with the quality of his rivals. Kyle Walker and Kieran Trippier both won domestic titles this season with Manchester City and Atletico Madrid respectively.

Given their involvement in Porto will prevent them taking part in England’s warm-up matches against Romania and Austria next week, perhaps the biggest dilemma facing Southgate is whether to risk offending Alexander-Arnold’s ego by including him in the long list and then cutting him next week.

Southgate’s first-choice pairing of John Stones and Harry Maguire is set in stone, but beyond that the picture is less clear.

Manchester United captain Maguire is touch and go for England’s opening game against Croatia due to an ankle injury, which is one of the reasons why Southgate has delayed naming his full squad.

Conor Coady’s ability on the ball is valued by Southgate and that is likely to earn him a call-up, with the final centre back berth being contested by Tyrone Mings and Eric Dier.

Mings has the advantage of being the only left-footer in contention so would offer balance, but Dier has experience from two major tournaments and could also provide cover in a midfield beset by injury concerns.

Southgate prizes flexibility, which is likely to benefit Dier. 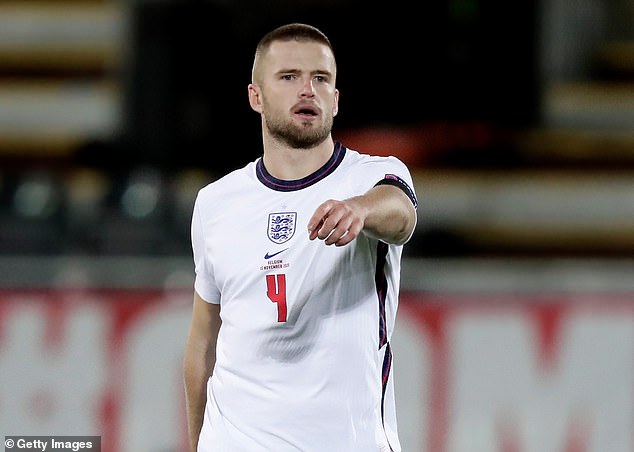 Jordan Henderson will definitely be in the squad, despite not having played since February, but the Liverpool captain is not the only injury concern in this area.

Kalvin Phillips picked up a shoulder injury in Leeds’ 3-1 win over West Brom on Sunday and Declan Rice has only played three games for West Ham since sorting a knee problem at the start of May.

While both should be selected, these doubts strengthen the case for Dier’s inclusion.

Jude Bellingham impressed England’s coaches when called up for the first time in March and his outstanding performances for Borussia Dortmund this season, particularly in the Champions League, could earn him the nod over James Ward-Prowse. 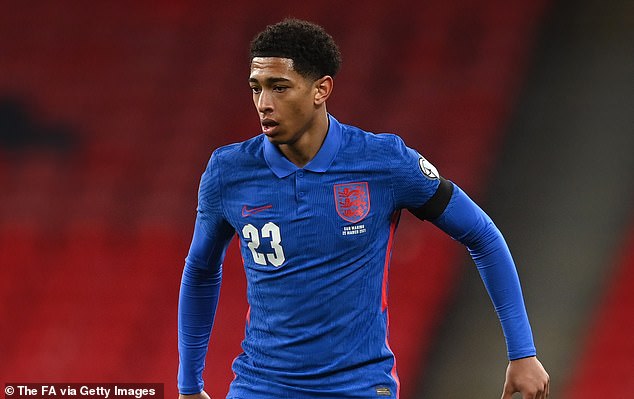 Southgate is blessed with options out wide, to such an extent that he has only recently been converted to the merits of Jack Grealish. The Aston Villa captain is expected to make the cut to provide competition for Raheem Sterling, Phil Foden, Mason Mount and Marcus Rashford, who are all certain to be picked.

Jesse Lingard’s superb form for West Ham in the second half of the season and past good performances for Southgate are also set to be rewarded. That will leave Jadon Sancho and Bukayo Saka sweating on their inclusion.

Southgate is a huge admirer of Saka and was very impressed by his willingness to come into the camp while undergoing rehab at Arsenal in March. But Sancho’s strong finish to the season at Dortmund may just clinch his place. 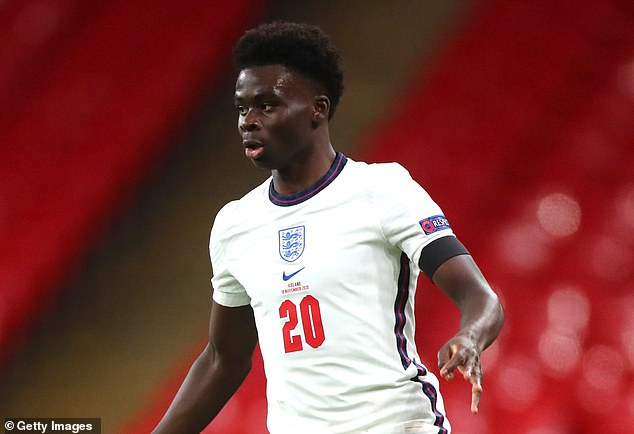 At the end of a season in which Manchester City strolled to the title without a recognised No 9, Southgate is also contemplating prioritising other areas.

Harry Kane is the first name on his team-sheet, of course. But, given the captain will want to play every minute, the need for alternatives may be limited.

Dominic Calvert-Lewin had been expected to provide back-up to Kane, but his inclusion is not guaranteed, with Ollie Watkins and Mason Greenwood providing options.

Given Rashford’s ability to play through the middle, Southgate could end up picking only three specialist strikers, which would present him with some tough choices. 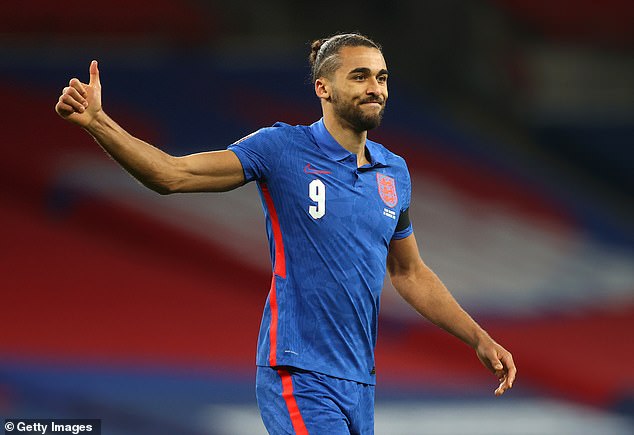 Who to cut from the enlarged squad?

With Southgate naming an enlarged squad, he will have the tricky issue of cutting certain players when he has to announce his final list.

Egos could be damaged so expect fringe players like Ben Godfrey, Mings and possibly the versatile Saka to be culled. 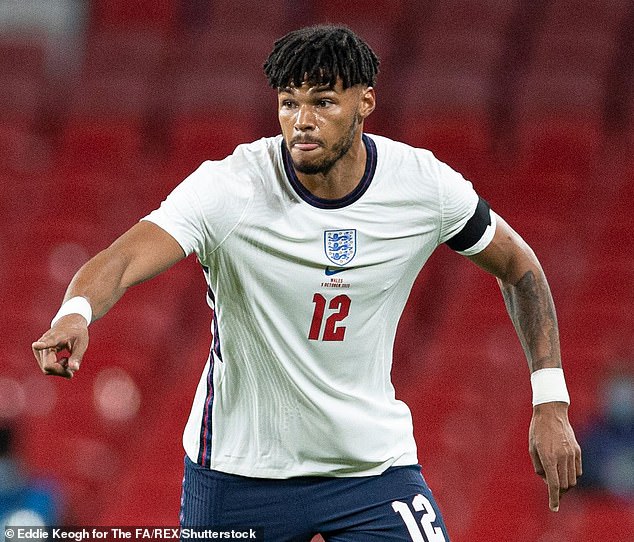 The one that got away

Of all the options available to Southgate, one that remains pretty much off the table is the inclusion of Jamie Vardy.

Southgate said last October that the door was not closed to the Leicester striker but Vardy is known to have little interest in being a squad player at international level. What a shame that is.

He hit 15 Premier League goals this season and would have been a lethal option off the bench. 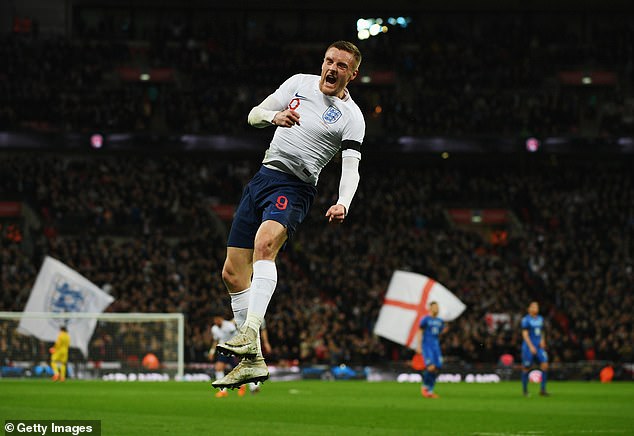