Gareth Southgate warned Harry Kane and Marcus Rashford that they must prove their fitness by playing for their clubs before the end of the season in order to ensure they have pivotal roles for England at this summer’s European Championship.

The England manager was speaking at the UEFA Nations League draw in Amsterdam, where his side were drawn with Belgium, Denmark and Iceland for the second edition of the new tournament which will start in September, but preparing for Euro 2020 is his immediate priority.

The hamstring and back injuries sustained by Kane and Rashford respectively in January have presented Southgate with a major headache, particularly given Jamie Vardy remains reluctant to make himself available for selection, but both should be fit before the end of the season. 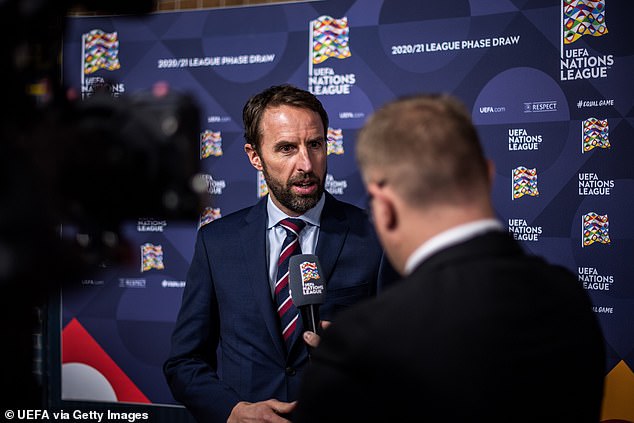 Southgate emphasised that match fitness is just as important for both players as completing their rehabilitation however, which will place the onus on Jose Mourinho and Ole Gunnar Solskjaer to ensure they are given significant game-time as both Tottenham and Manchester United chase Champions League qualification.

‘All I know is that both players will give themselves the best possible chance of being fit and available before the end of the season, not only for us but also for their clubs,’ Southgate said.

‘They have to get back playing club football. Their clubs all have important matches.

‘Then we are hoping both come through with no issues ahead of the summer for us.’

Southgate was more supportive of under-fire goalkeeper Jordan Pickford, who made his seventh major error of the season last Sunday when allowing a long-range shot from Bruno Fernandes to fly through his hands in Everton’s 1-1 draw with Manchester United.

The 25-year-old has invariably performed well for England however, and remains Southgate’s first-choice goalkeeper despite his indifferent Premier League form with the manager offering his unqualified backing. 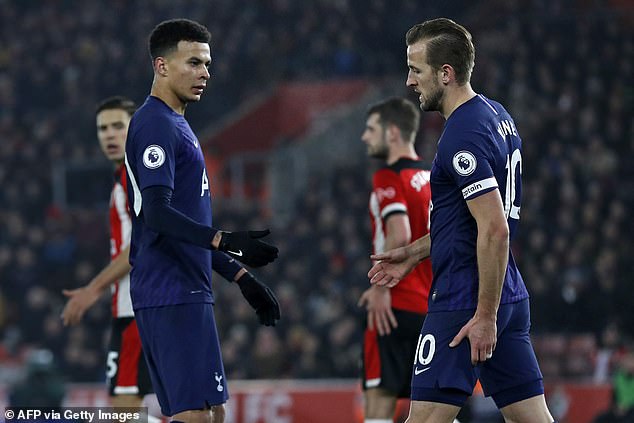 ‘Jordan’s performances for us, throughout, have been outstanding,’ Southgate said. ‘I think he has been a key part of some big, big results that we have had. I think that is clear to everybody, but in goal you are always under the spotlight.

‘If you’re the England goalkeeper then that is the reality of the job so I don’t think he will be shying away from that. All the time I have known him he has been a very resilient character.

‘He has got a very experienced manager at Everton now to help with it, so I am expecting him to bounce back. The weekend goal is one he would want to do better with, but then he made outstanding saves at the end of the game. That is the life of a goalkeeper.’ 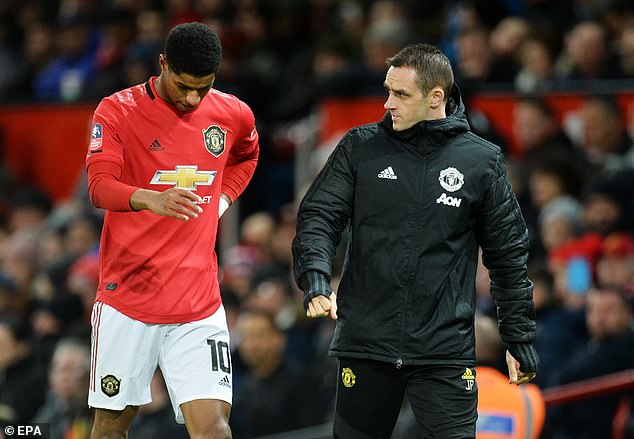 Southgate did his best to appear unconcerned about the potential impact of the coronavirus, which has led to doubts over whether a friendly against Italy at Wembley will take place as planned on 27 March following the rapid spread of the virus near Milan.

Denmark are due at Villa Park four days later and their players will soon be very familiar to Southgate given the draw for League A of the Nations League. England will play Denmark, Belgium and Iceland home and away next autumn, with the group winners proceeding to the finals in the summer of 2021, and the bottom team being relegated to League B.

‘The reality is that we don’t know, it is an ever-changing picture for everybody, in every walk of life,’ Southgate said of coronavirus.

‘We’re updated all the time by government, with the current advice that it is not looking to be an issue, but of course none of us know what the next few weeks will hold.’

Tags: and, Kane, M, Rashford, Southgate:
You may also like
Latest Posts