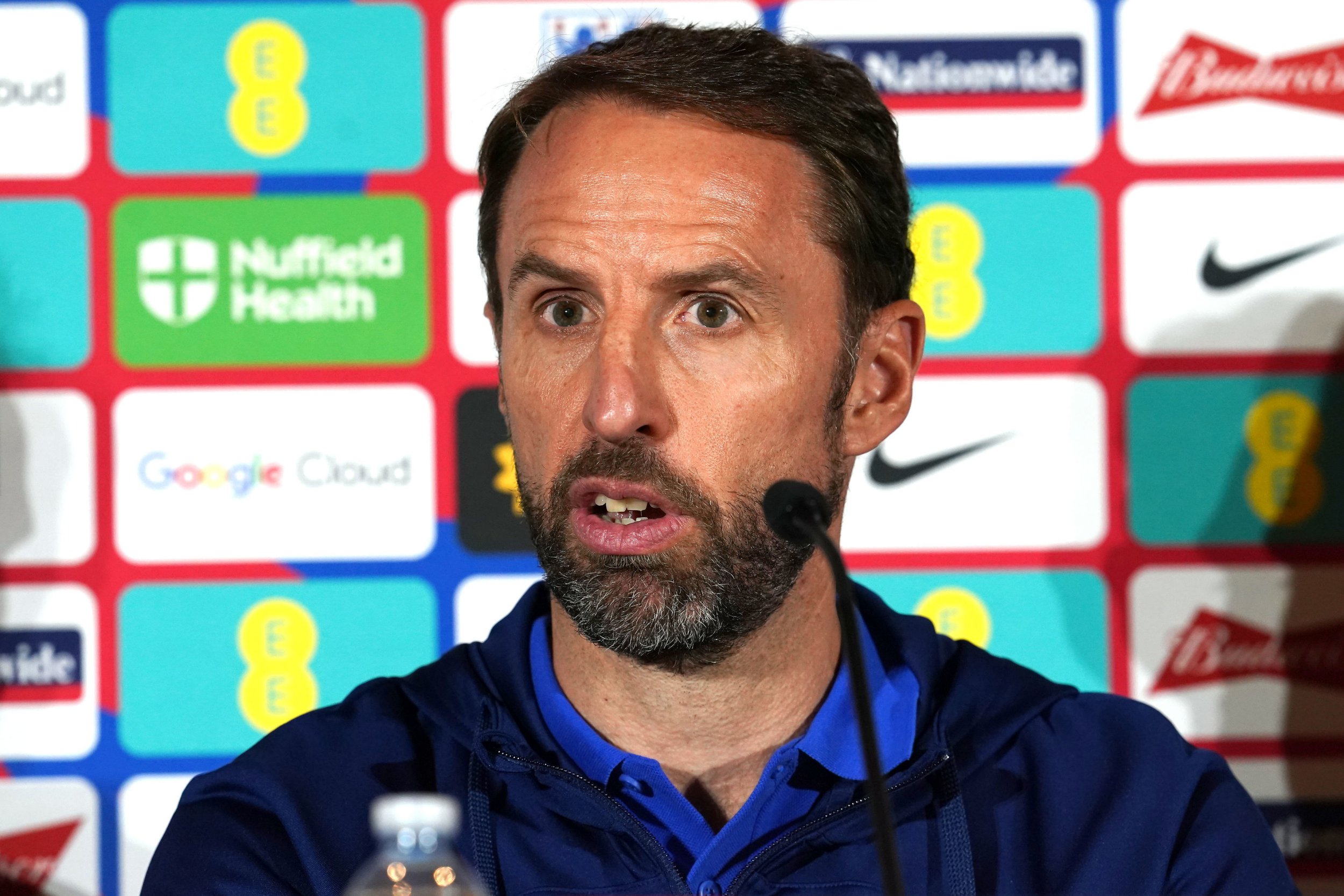 Gareth Southgate has trimmed his squad to 23 players ahead of tonight’s Nations League clash against Italy.

Ivan Toney, who earned his first call-up following his fine start to the season with Brentford, has been cut, along with Liverpool skipper Jordan Henderson, Chelsea left-back Ben Chilwell and Crystal Palace centre-half Marc Guehi.

John Stones, meanwhile, is suspended after he was sent off against Hungary during a shock 4-0 defeat back in June.

Henderson only joined up with the squad after recovering earlier than expected from a hamstring injury and joined up with his international teammates earlier this week with Jurgen Klopp’s blessing.

Chilwell, meanwhile, is still working his way back to full fitness having suffered a cruciate knee ligament injury this season.

Under-fire Manchester United captain Harry Magurie is in line to feature from the start, however, despite his demotion at club level.

After a series of indifferent performances, the £80million signing from Leicester has been usurped by new signing Lisandro Martinez who has formed an impressive partnership alongside Raphael Varane.

Defending his decision to stick with Maguire, Southgate said: ‘You always have to back your judgement and we feel he is an important player,’ said Southgate, who joked he was putting ‘whatever reputation I have’ on the line by picking Maguire.

‘He is our most dominant aerial centre-back. Him and John [Stones] are incredible with the ball.’

Southgate, who was taunted with chants of ‘you’re getting sacked in the morning’ by England fans at Molineux, says he expected nothing less than to be strongly criticised.

‘No, I’m the manager of England and you’re judged purely on results and in the moment so after 30-plus years in football I know how it works with fans,’ he added.

‘The most important thing is the players are together, the staff, and I am supported by the people I work with.

‘I am my own biggest critic, I am somebody who will always review everything intently, however well it has gone, and you don’t expect to lose 4-0 at home and notbe criticised.’