Morata is Spain’s main striker and has scored 27 goals in 57 appearances for the 2010 world champions.

‘Alvaro Morata is suffering from soft tissue oedema in his ankle, according to medical tests he underwent on Sunday morning,’ Atletico said in a statement on Sunday. 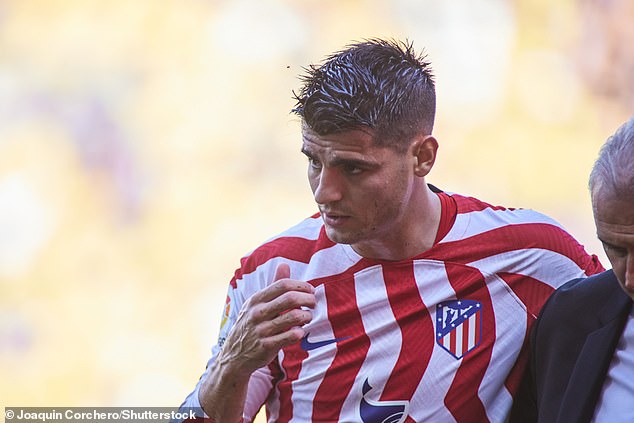 ‘The Spanish international striker was substituted after just 10 minutes in Saturday’s game in Cadiz and the evolution of his discomfort will condition his return to the squad.’

Cadiz were 1-0 up when Morata was withdrawn, and went 2-0 up in the 81st minute. Substitute Joao Felix did score twice to even up the scores, only for Ruben Sobrino to bundle home a winner for Cadiz nine minutes into stoppage time.

The result leaves Atletico third in the table, but meant that they lost ground on the top two of Barcelona and Real Madrid. They next face Porto in the Champions League, ahead of league games against Espanyol and Mallorca. 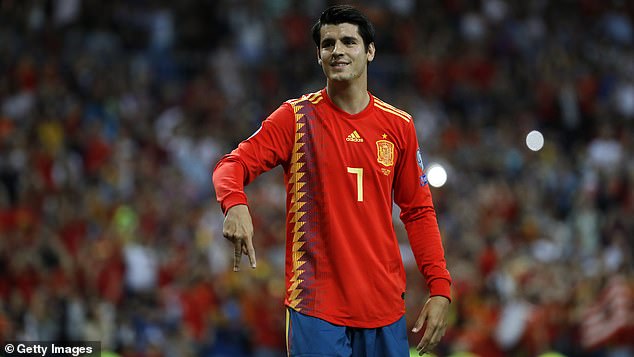 Morata has scored 27 goals for Spain, who begin their World Cup group stage on November 23

Spain, who are in Group E at the World Cup with Germany, Costa Rica and Japan, have yet to announce their final squad for the tournament, but MailSport revealed they have named a 55-man provisional squad, which controversially did not include Manchester United goalkeeper David De Gea. 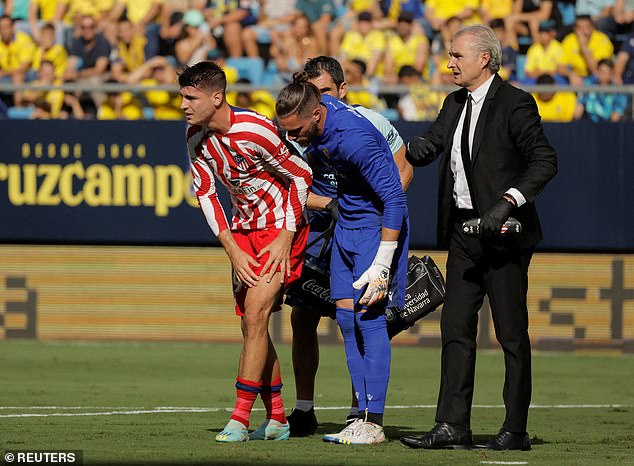