For all Steven Gerrard’s vehement protests to the contrary the other day, there’s something missing from his Rangers side at the moment.

It goes beyond the absence of some key personnel. It’s deeper than a couple of star performers being a little off colour. Truth be told, there’s a malaise that’s been evident for much of this season.

Gerrard’s make-shift team were by no means dreadful as they went down to a second successive Europa League defeat in Prague last night but nor did they scale any great heights either. 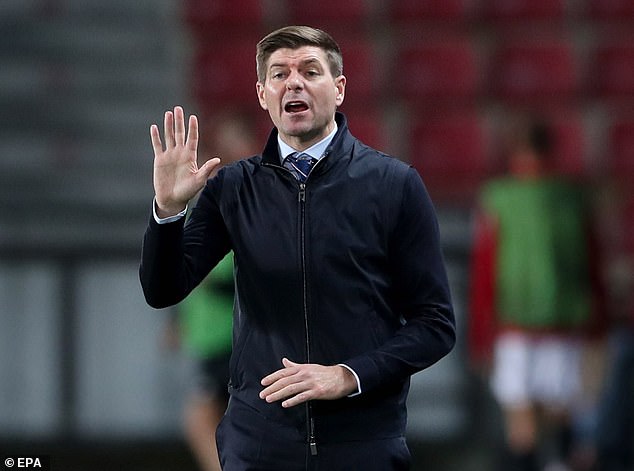 At Dens Park on Saturday, they just about did enough to get away with one. With a step up in class assured in the Czech Republic, they didn’t awake from the slumbers in time and were caught squarely between the eyes.

The facts of the matter is that a side already missing Filip Helander and Ryan Kent was never going to merely shrug off the subsequent loss of Connor Goldson – apparently to a knock.

The Englishman’s absence forced Gerrard to pair Calvin Bassey with Leon Balogun at the heart of his defence but it was a scenario that the Rangers manager expressed no fears about before the game.

While the pairing looked every inch a double-act that had been hastily put together, they were by no means alone in failing to impress here.

Too many individuals in light blue still appear to be living off the glory of last season. Too much of the football here was ponderous and predictable.

In all likelihood, the side will improve when it has a more familiar look to it but the manager and supporters are still entitled to expect a good deal better in the short term.

Whatever the issues he currently has to contend with, Gerrard’s squad is not currently one that’s greater than the sum of its parts.

In their previous Europa League campaigns, they had accrued four, three and six points at its juncture. They now have zero.

As they try to navigate a path to the knock out stages for a third successive season, they have absolutely no margin for error ahead of their double header with Brondby.

They were not helped by the red card given to Glen Kamara for a pair of fouls on Michal Sacek either side of the break.

Somewhat understandably, given his history with Sparta’s rivals Slavia and the fact that he was disgracefully jeered by many of the 10,000 children in attendance here, the Finn did not look at ease but his ill-discipline was still inexcusable.

Rangers were never truly in control of this match and Kamara’s departure with 16 minutes remaining was in keeping with much of what had gone before.

How Sparta must love the prospect of facing Scottish sides. Having comprehensively beaten Celtic home and away last season, they moved up to second in the table – already four points clear of the Ibrox men – thanks to David Hancko’s first half header.

In an atmosphere that felt more suited to a swimming gala as a consequence of UEFA permitting kids to fill the stands in the wake of a ban for racism, the game was open and error-strewn. 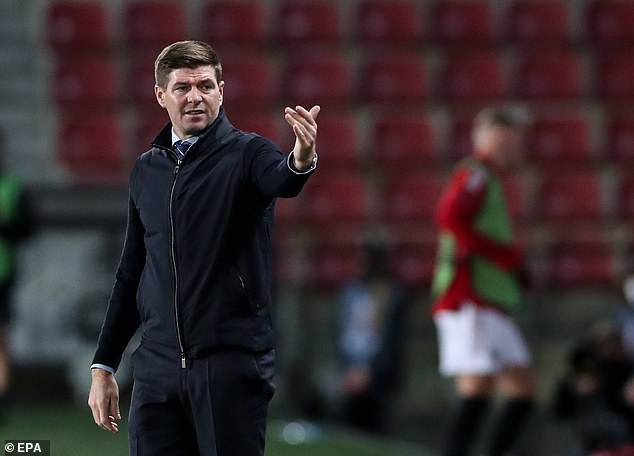 With the play bounding from end to end, Joe Aribo’s header was blocked by the head of Filip Panak before McGregor produced another save to beat away a drilled attempt by Martin Minchev.

By the midway point of the first half, though, Rangers were gaining a measure control. The sharp one-touch play of the visitors was worrying the Sparta defence and Nita looked like he might be in for a busy evening.

Sparta’s opener came against the run of play, the manner of the concession nothing short of woeful from the Scots’ perspective.

Adam Hlozek, the Czechs’ danger man, had been repelled in his attempts to weave his way to goal at the cost of a corner.

Pesek curled an out-swinger just beyond the near post. With Rangers slow to react, Hancko showed them a clean pair of heels. His header caught the inside of the far post. McGregor tried to claw the ball to safety but it was too late. By a matter of inches, Sparta were in front.

Handed his first start by Gerrard, Juninho Bacuna then made his way to the touchline, his involvement over after 37 minutes. A concern with the midfielder’s left thigh seemed to be the reason for Ianis Hagi replacing him but a change of some description could not have been far from his manager’s thoughts.

Defensive concerns were a constant for Gerrard here. Within 30 seconds of the second half, a straight ball up the park saw Hlozek race into the space that should have been occupied by Balogun.

Accelerating from the chasing pack and squaring the ball across goal, Hlozek did his part. Pesek was guilty of a jaw-dropping miss, hitting the bar with the goal gaping.

Having been let off the hook, Rangers’ attempts to immediately draw level were thwarted by the offside flag which curtailed Sakala’s celebrations after he bundled home from a corner.

With neither defence looking fit for purpose, both sides flooded bodies forward. Everywhere you looked, it was harum-scarum stuff. 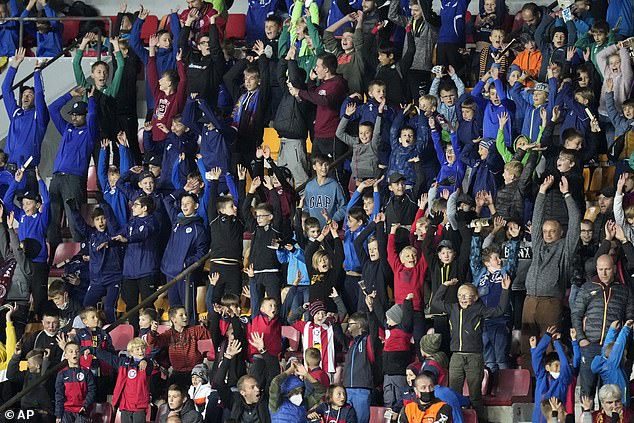 More wretched defending by the visitors saw Lukas Haraslin weave his way towards McGregor’s goal. This time the veteran blocked the shot with his legs.

Normally so physically imposing, Kemar Roofe simply couldn’t get going. When one routine pass too many slid under his boot and out for a throw-in, Gerrard signalled for Alfredo Morelos to shed his tracksuit and the change was made on 65 minutes. Rangers’ record European goalscorer toiled to make the desired impact.

For all the superior possession they enjoyed, a weak Hagi effort from long range was as good as it got as Sparta dug in.

Kamara had been an unusually reserved figure from two minutes before the break when he was booked for catching Sacek. The Finn’s night ended 16 minutes from time when he caught the same player in the face with his arm.

A little harsh perhaps from Turkish referee Ali Palabiyik, but it was still an act of folly from the normally dependable Rangers man.

It left Gerrard with no option but to hit the gamble button. Maintaining his three-man attack, balls were launched from middle to front. It suited Sparta’s towering defenders down to a tee.

With the Czechs content to soak up the pressure and hit on the break, Sacek spurned a glaring chance to put Rangers out of their misery when he failed to turn home a cross while stretching.

In injury time, skipper James Tavernier failed to hit the target from six yards out and was relieved to discover a linesman’s flag sparing his blushes.

Rangers did not lack endeavour but they were devoid of quality and cutting edge throughout. They’ll need to rediscover their true selves quickly or else this campaign will be one to forget. 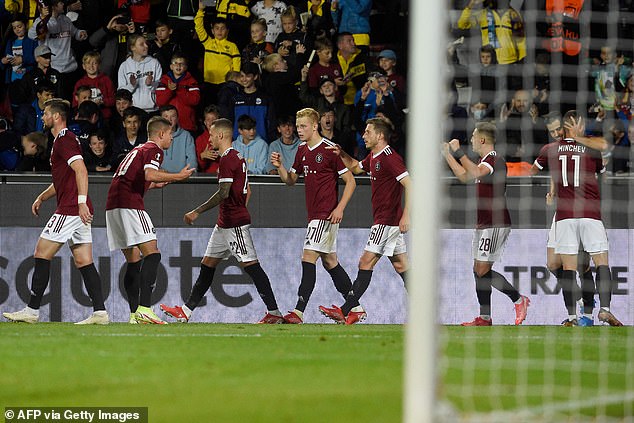