Italy players sung Leonardo Spinazzola’s name on the plane back after he reportedly ruptured his Achilles tendon in their 2-1 victory over Belgium.

The Roma wing-back has been one of the stars of the European Championships so far for Roberto Mancini’s free-flowing Italian team.

However, it looks as though his tournament has come to an early end after he was taken off on a stretcher in Italy’s quarter-final victory. 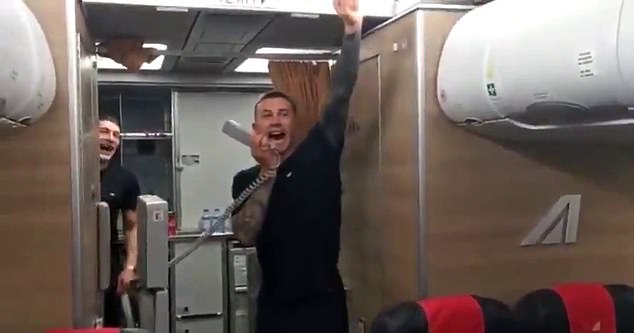 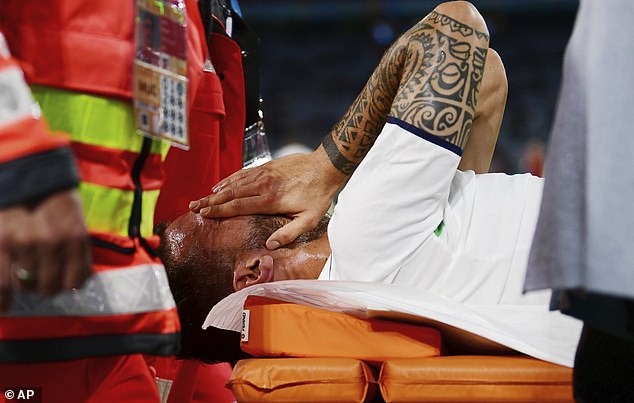 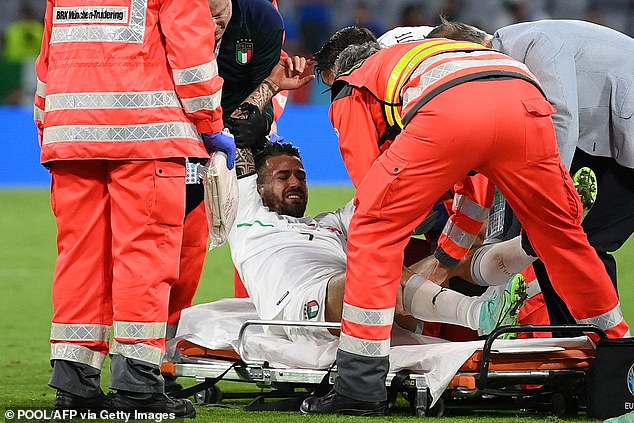 A video has been posted on social media of the Italian team showing support for their team-mate, chanting his name on the plane back from Munich where the game took place.

The players are seen banging on the overhead baggage carriers and on the ceiling of the plane chanting ‘Spina’.

Sky Sports Italia, as per Football Italia, have reported that the 28-year-old ruptured his Achilles tendon and faces ‘months’ on the sidelines in a blow for his country as well as potentially his club.

Spinazzola had not long before his injury helped keep Italy ahead, when he stopped Romelu Lukaku from making it 2-2.

However, he pulled up while running minutes later, immediately signalling to the bench that he needed to be substituted.

He collapsed to the ground and covered his face in tears, before he was stretchered off the field. 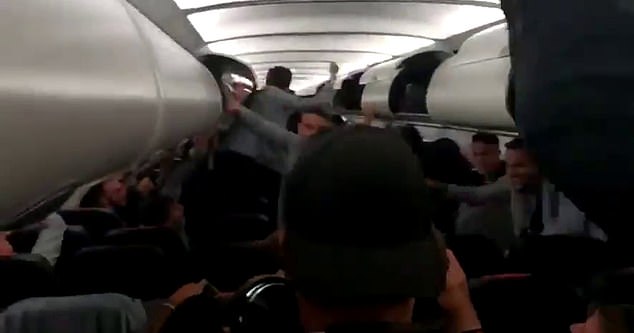 ‘He didn’t deserve that, he has been one of the best players of this tournament and he will still be even if he can’t play in the next games,’ Italy manager Roberto Mancini told a news conference.

‘We are very, very sad with what has happened it seems quite a serious one.’

Spinazzola was replaced by Emerson Palmieri, who is likely to take his spot for Tuesday’s semi-final against Spain at Wembley.

Italy striker Lorenzo Insigne said the players were saddened by the injury to their team mate and are now determined to try and win the tournament for him.

‘Its a great loss, we will try to go all the way above all for him. Up to today he has been such a key player, an influential player for us,’ he said. 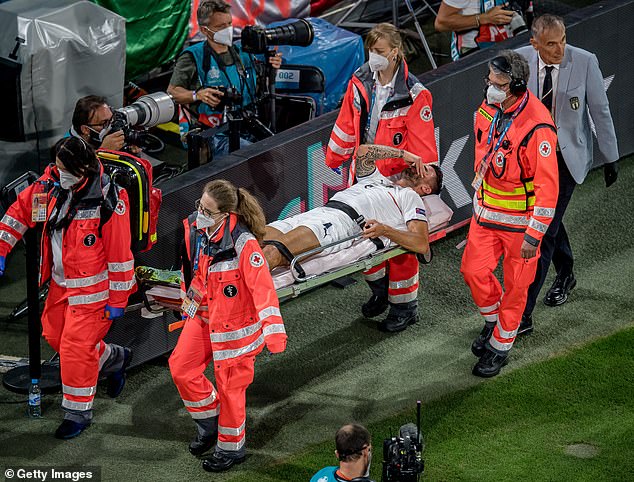 Tags: facing, months, Spinazzola
You may also like
Latest Posts