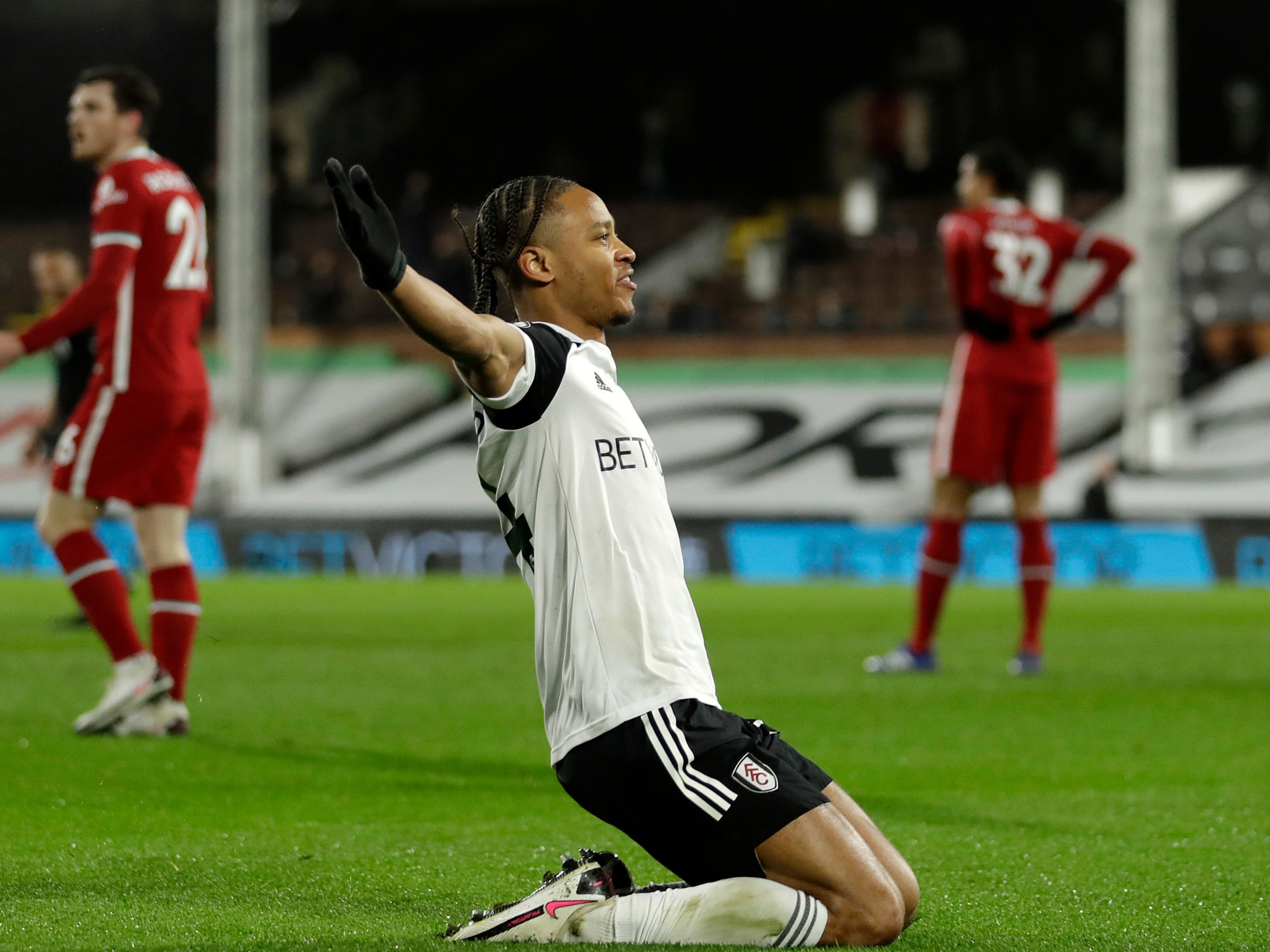 It was no exaggeration to say Fulham could have been two or even three ahead by half-time – and that’s before you even get into whether Fabinho’s first-half tackle should have been a penalty. They were several levels ahead of Liverpool in terms of energy, and that put them a level ahead in terms of performance.

Within Fulham’s superior industry, though, there was the insight and incisiveness of Ademola Lookman. He was central to everything they did, including the Bobby Reid goal.

Those angled through balls were joyous, ran the first half, and caused Liverpool so many problems. Klopp’s defence were already given multiple warnings before the goal.

Ivan Cavaleiro had already been put through twice to bring saves from Alisson, but the second involved the most inviting clip through from Lookman that was just begging to be wrapped into the corner. Cavaleiro instead put it straight at the goalkeeper. 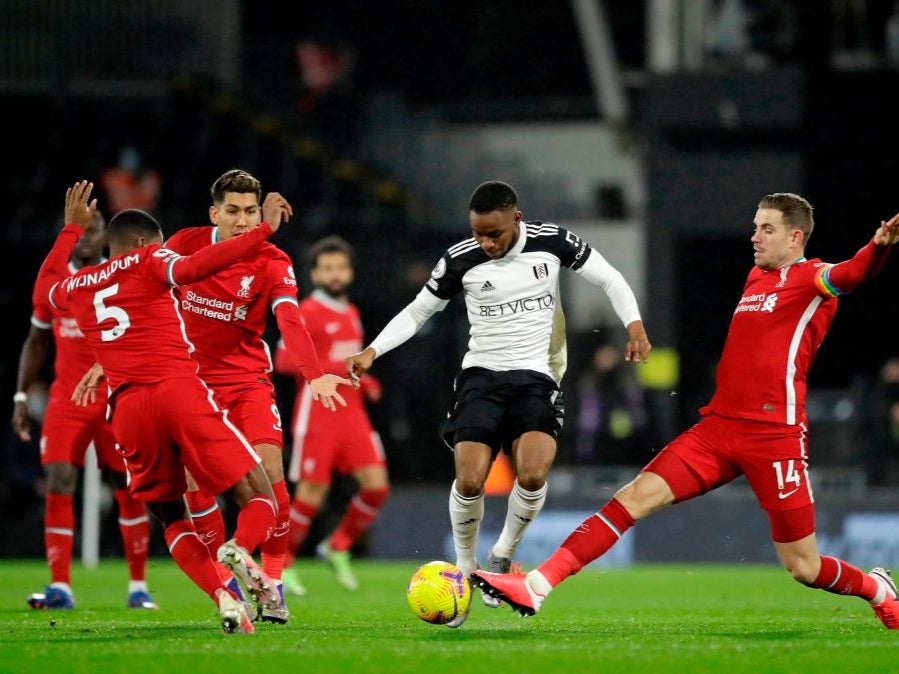 Fulham produced a spirited display against the champions

That wasn’t a problem with Reid’s strike. After yet another fine ball from Lookman, the wing-back fired the ball into the far corner from distance.

It was a strike that reflected the ambition and assertiveness of Fulham’s performance, especially against the raggedness of Liverpool.

Where Antonee Robinson or Tosin Adarabioyo were at that point meeting everything with full-blooded conviction, Klopp’s players were so off the level. In one moment, Jordan Henderson was mishitting a simple pass at Trent Alexander-Arnold’s face.

In another, Andy Robertson was so struggling to just get rid of a cross that Alisson had to desperately beat it away to prevent an own goal.

It wasn’t just a question of application, though.

Parker had come up with a system that was giving Liverpool absolutely no space in the centre, and also forcing them down avenues out wide.

It did mean the match evolved into one of those classic tetchy title-race games – even if this early – as the higher-quality side were forced to be patient and try to create openings against very disciplined opposition. 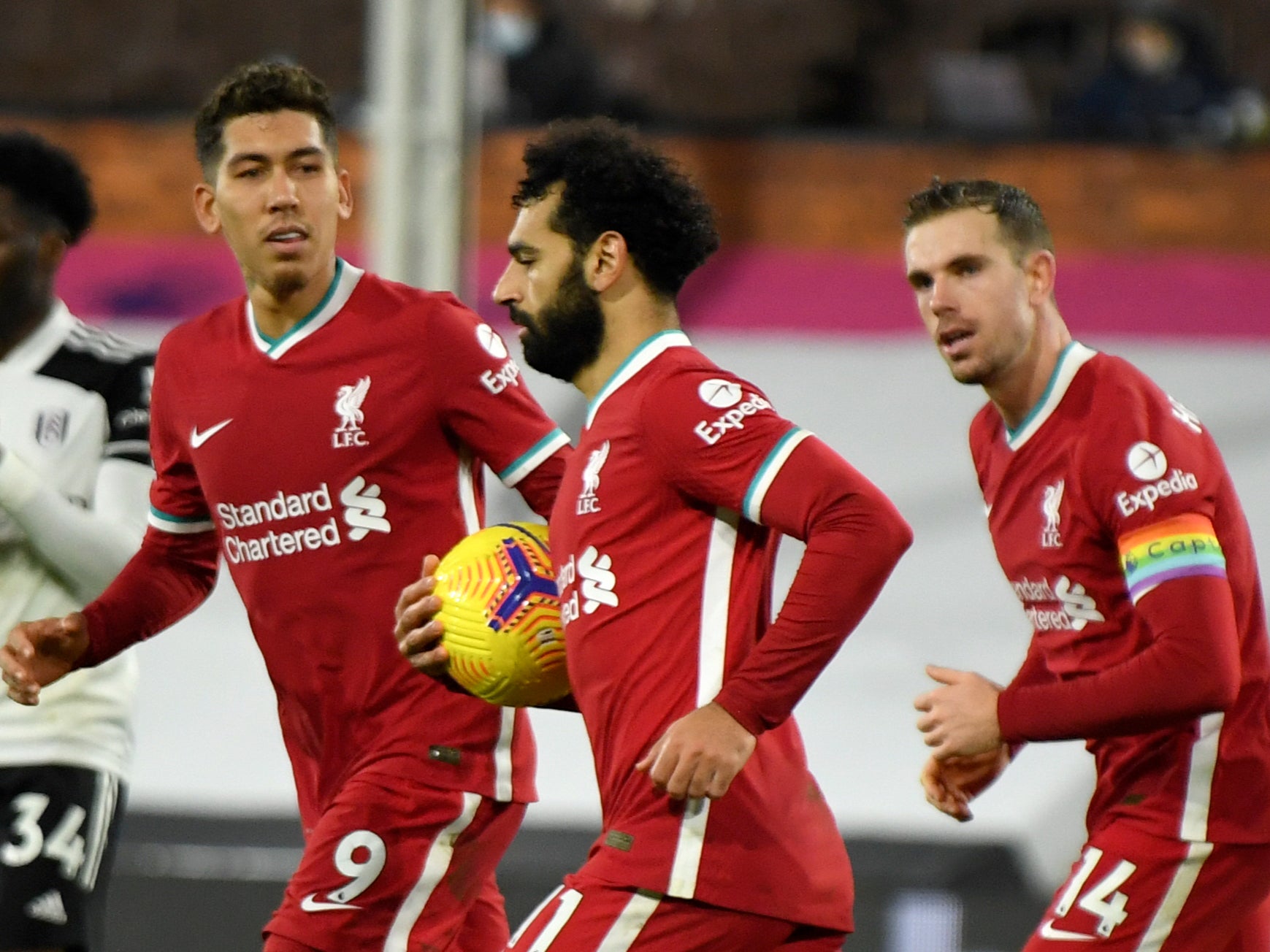 Mohamed Salah retrieves the ball after scoring the penalty

Curtis Jones was a bright spot for Liverpool in this regard. In a game that was crying out for Thiago Alcantara, he was providing the most perceptive moments, and looked likeliest to create. Sadio Mane should have finished one excellent first-half Curtis cross.

Roberto Firmino has been badly lacking with that of late, but provided the pass that should have resulted in an equaliser. The Brazilian poked through in the manner you would associate with his best form, but Henderson offered the worst possible finish as he hit it straight at Alphonse Areola with the goal at his mercy.

Wijnaldum eventually had that wall at his mercy on the 78th minute. That isn’t to say the moment wasn’t a penalty by the rules, but the issue is how the interpretation and application of the rules is evolving.

At the very least, the end result means this title race is evolving into something exhilarating. Wednesday night looks all the better – as do Fulham’s chances at the other end.