Real Oviedo goalkeeper Joan Femenias appeared to be targeted and attacked by a number of Sporting Gijon players in the aftermath of their clash on Saturday.

Oviedo emerged victorious from the tense Asturias derby as an own goal from Juan Berrocal handed them a 1-0 win in the Spanish second division.

However, their result was marred by shocking scenes as Gijon players were seen attacking the Oviedo shot-stopper after the final whistle. 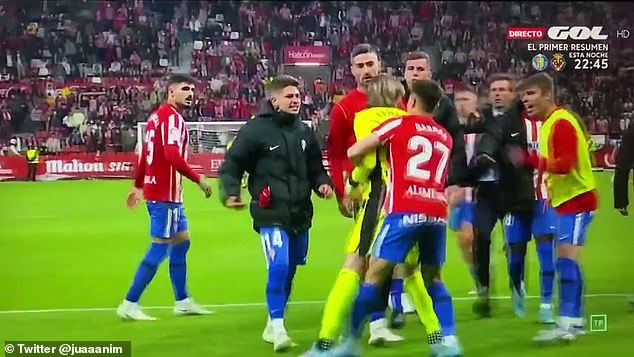 Remarkable footage has emerged of Femenias being on the receiving end of the Gijon players’ post-match rage.

The goalkeeper can be seen standing near the edge of his box while his team-mates celebrated their victory at the other end of the pitch and appeared to exchange words with a Gijon player.

One of the Sporting man’s team-mates swiftly rushed over and shoved Femenias in the shoulder with his chest. 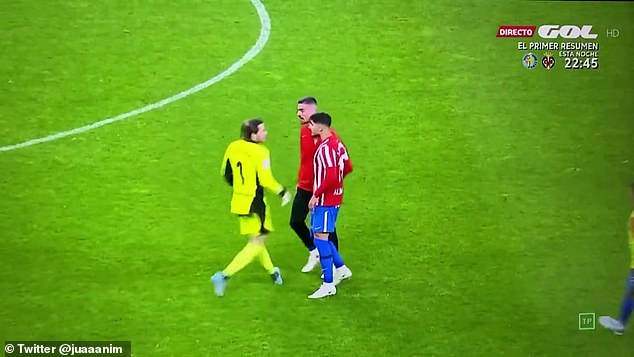 Femenias (left) could be seen exchanging words with a Sporting player 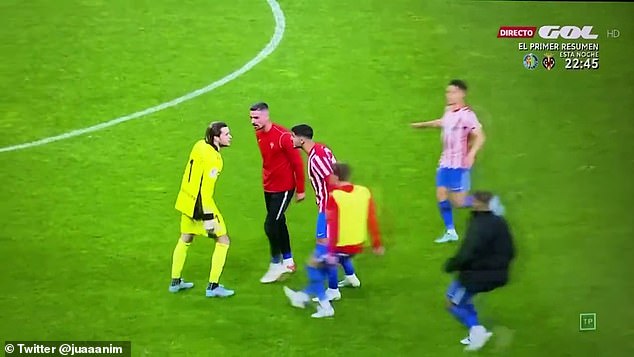 The situation then escalated as seven more players raced over and surrounded the keeper before beginning to shove him back towards his own goal.

The opposition players then appeared to hit Femenias with one even gripping him around the neck and waist.

Femenias was rescued by Gijon midfielder Gaspar Campos who pulled his rival away from his enraged team-mates before the players were separated and Femenias was ushered to safety. 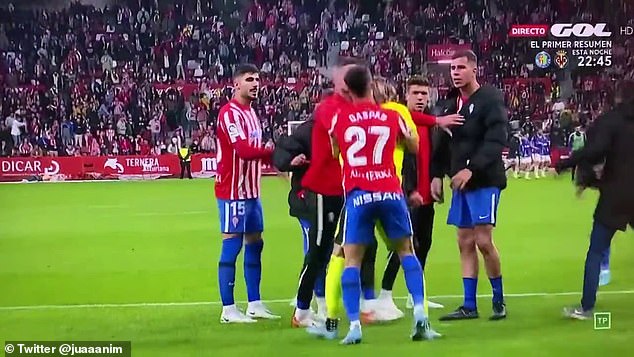 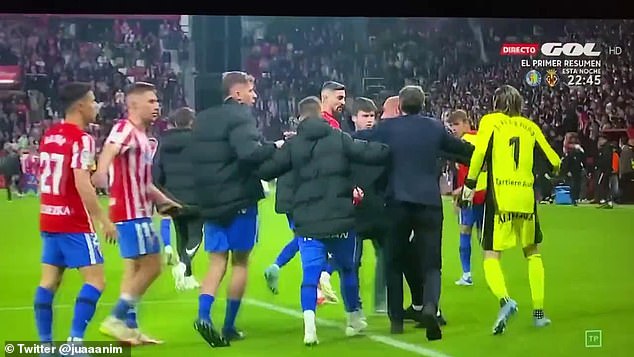 The rival players were then separated and Femenias ushered to safety

It currently remains unclear what sparked the incident with tensions running high off the back of the derby clash.

Following the game, Oviedo boss Jose Angel ‘Cuco’ Ziganda apologised if the players felt ‘offended’ by his side’s celebrations after the victory.

But the manager insisted that ‘when you win you want to celebrate in an effusive manner and the loser feels frustrated.’

‘I understand the anger of Sporting but also the joy of ours,’ he said.

After sealing all three points, Oviedo sit sixth in the second division, bolstering their playoff hopes, while their derby day rivals are down at 17th.