St Johnstone 1-2 Celtic: Giorgos Giakoumakis nets the winner in FIFTH minute of stoppage time after Alex Mitchell thought he had earned his side a point in dramatic ending

Giorgos Giakoumakis netted the winner for Celtic in a dramatic finale to their cinch Premiership clash against St Johnstone in Perth.

Defender Alex Mitchell scored a stoppage-time equaliser for St Johnstone to cancel out Andrew Considine’s 42nd-minute own goal and Celtic looked set to drop points for the second consecutive away match in the league.

But Giakoumakis turned home Alexandro Bernabei’s cross in the fifth minute of time added on to earn the Hoops a 2-1 win and consolidate their position at the top of the table. 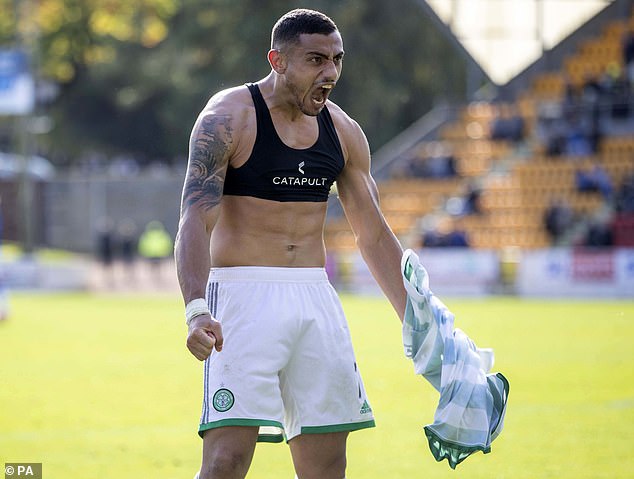 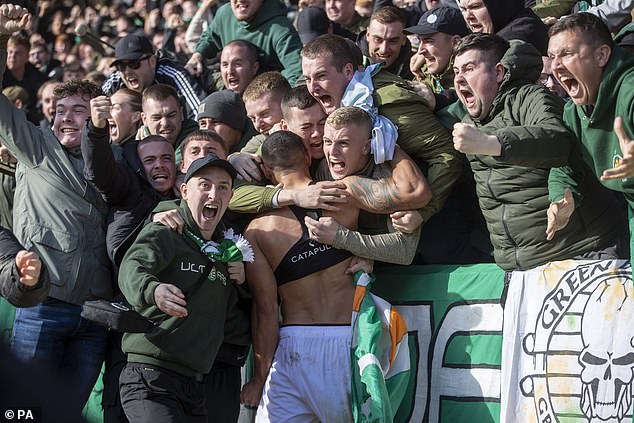 The champions had wasted opportunities to extend their half-time lead and Joe Hart pushed Stevie May’s shot on to the post as Saints came into the game as an attacking force in the final quarter.

Celtic were beginning an extended spell without captain Callum McGregor in the starting line-up after the midfielder suffered a knee injury in the midweek Champions League defeat by RB Leipzig.

McGregor was suspended for the trip to Perth but manager Ange Postecoglou confirmed ahead of kick-off that the Scotland international would be unlikely to return before the World Cup break.

Matt O’Riley was the surprise choice to fill the void at the base of Celtic’s midfield with Reo Hatate and Sead Haksabanovic ahead of him.

Postecoglou made six changes in all from the team that started in Germany. Cameron Carter-Vickers returned from injury while Anthony Ralston, Bernabei, Liel Abada and Giakoumakis came in, along with Hakasabanovic.

Celtic got some joy down the left in the early stages. Bernabei’s inviting ball across the face of goal had no takers while Abada squandered an excellent chance after Jota’s square-ball. 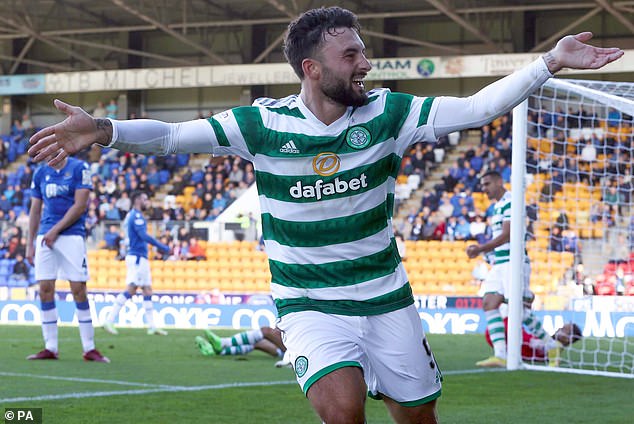 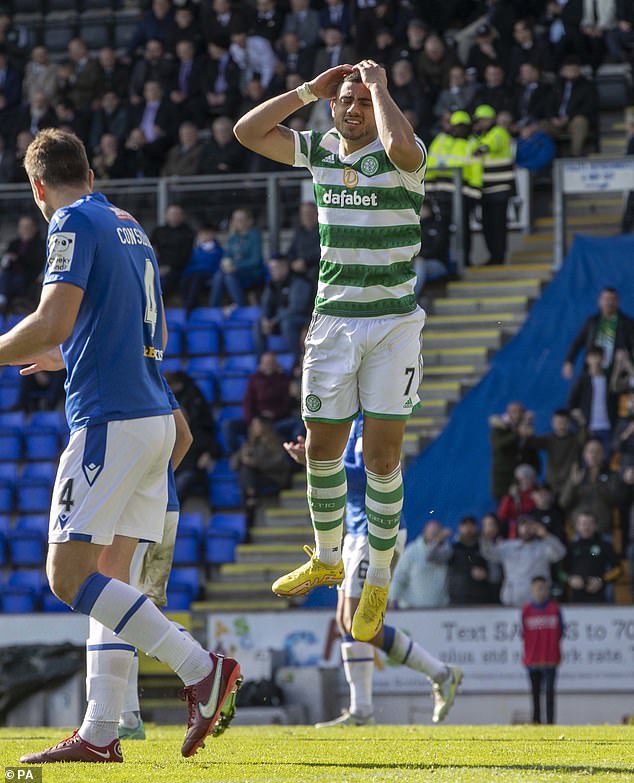 Jamie Murphy got in behind at the other end but lobbed a shot over the bar.

O’Riley’s deflected shot from 22 yards hit the outside of the post but Saints began to limit the space and frustrated Celtic for a long spell.

The visitors’ patience paid off as Haksabanovic got away from his marker to receive Hatate’s pass and drove the ball into the goalmouth, where Considine turned it into his own net at the near post.

Celtic looked for a cushion after the break but Giakoumakis was flagged offside as he headed home O’Riley’s free-kick.

Daizen Maeda, a half-time substitute for Jota, then made a mess of an overhead kick as Abada looked set to head home from close range.

Abada soon got two chances in quick succession but could not beat Remi Matthews.

Celtic were passing up opportunities to hurt Saints on the break and were almost made to pay midway through the half when May got in behind moments after coming off the bench. Hart got down brilliantly to turn the striker’s shot on to the post. 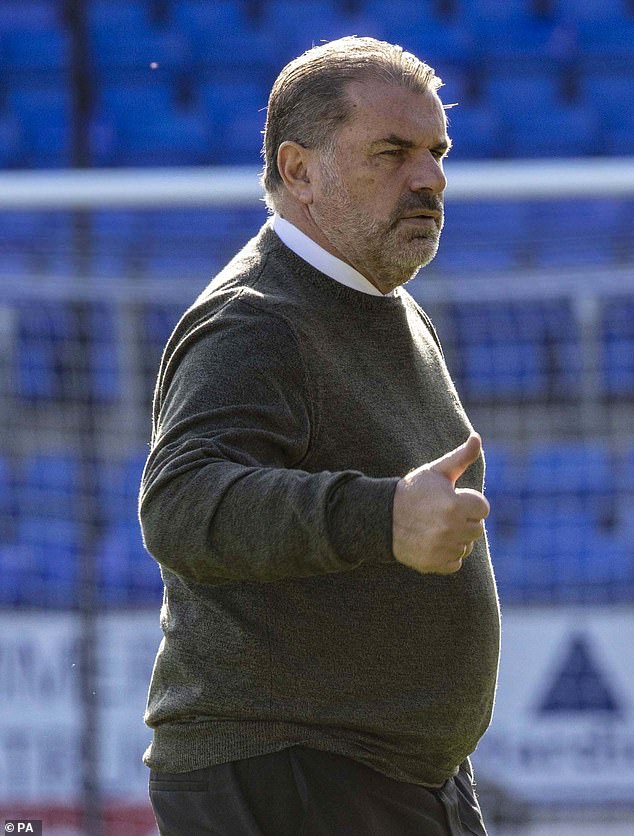 James Forrest looked lively after coming off the bench but Celtic were unable to find the clinical touch and Maeda was flagged after getting in front of the onside-looking Giakoumakis to convert Ralston’s through-ball with three minutes left.

Saints went up the park and nearly equalised. May’s cross went all the way through to fellow substitute Connor McLennan but he blazed over after chesting the ball down.

May then had a powerful shot saved as the hosts continued to push for an equaliser and it came three minutes into added-time when Mitchell brought down Ali Crawford’s free-kick and stroked home from six yards.

However, Celtic were not finished. Bernabei got down the left wing after Saints wing-back Drey Wright appeared to pull a muscle and the Argentinian full-back delivered a perfect cross for Giakoumakis to bundle home from close range.