A group of St. Pauli fans are said to have stormed a restaurant in Hamburg on Friday evening, injuring 22 people including two pregnant women.

Around 15 hooded supporters wearing red tube scarves reportedly targeted Paulaner’s pub in Grossneumarkt which contained fans of local rivals Hamburger SV as well as 50 other guests not related to football.

Tear gas was sprayed and furniture and glasses were thrown as the two groups clashed, according to German newspaper Hamburger Morgenpost. 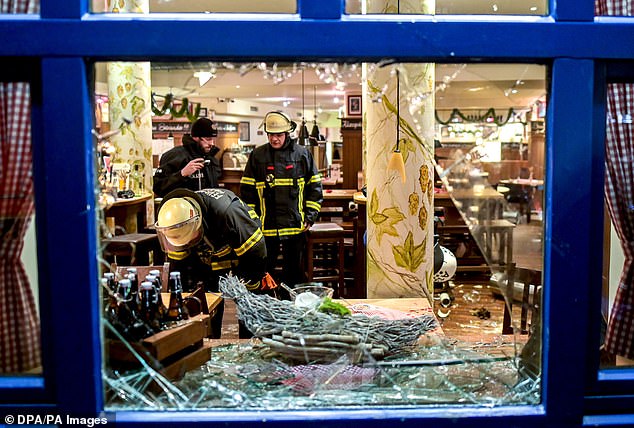 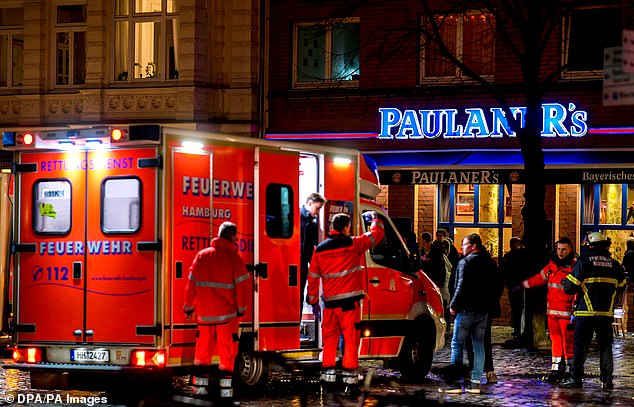 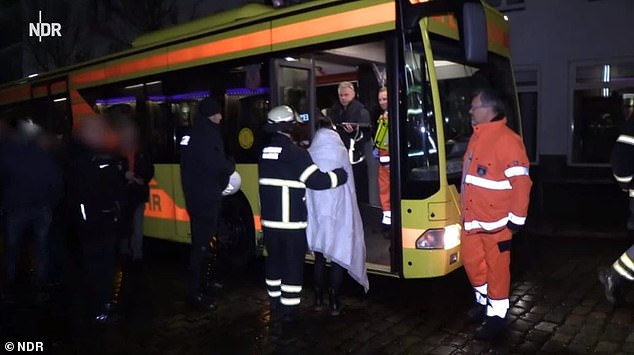 A spokesperson for the police said ten guests and the pub owner, who were not involved in the confrontations, had breathing problems while two others suffered cuts to the head.

Among the injured were two pregnant women while four people were taken to hospital.

There were further incidents elsewhere in the evening with over 600 St Pauli fans taking part in a march as glass bottles were thrown at a police chain separating the two sets of supporters. 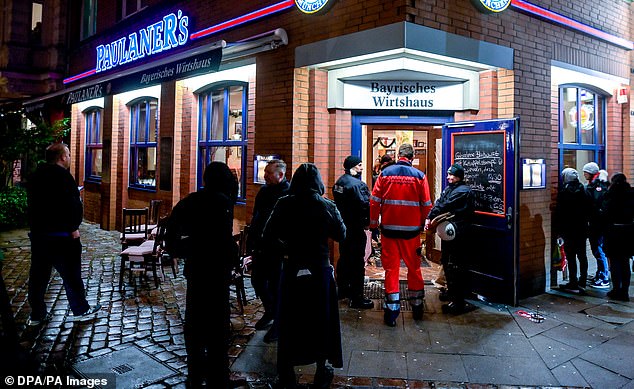 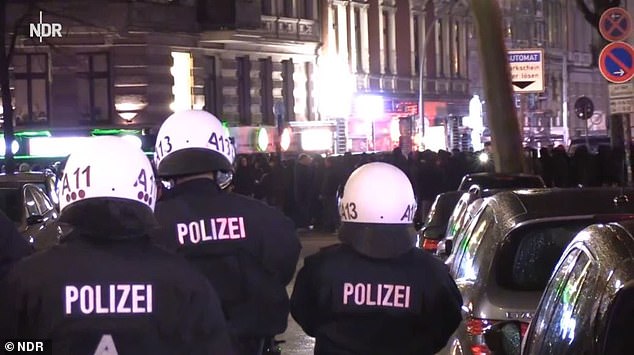 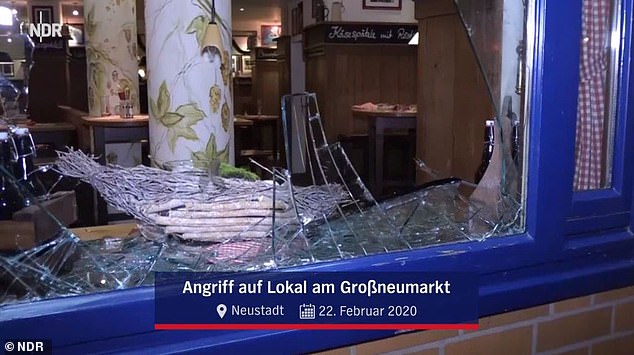 Fans from both clubs are said to have attempted to break the police chain.

Later in the evening seven St Pauli fans with red tube scarves were temporarily arrested and banned from the St. Pauli area and the Volksparks Stadium, the home of Hamburger.

‘It is now being examined to what extent people can be shown to have participated in the robbery-like conflict in the restaurant on the Grossneumarkt,’ a police spokesperson said this morning. 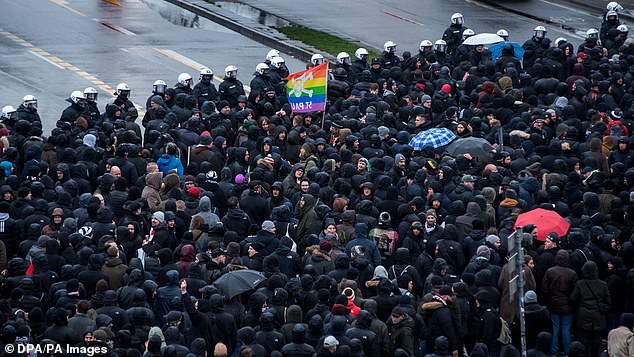 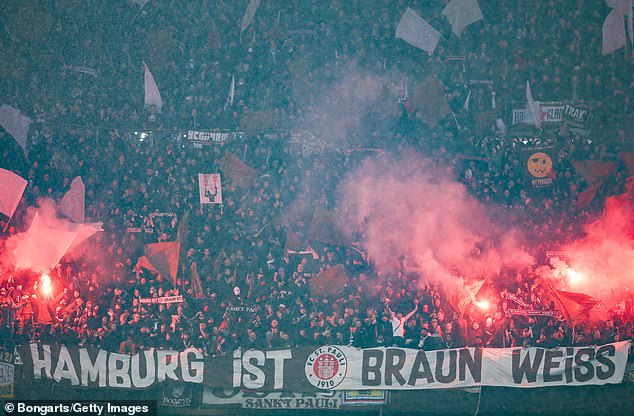 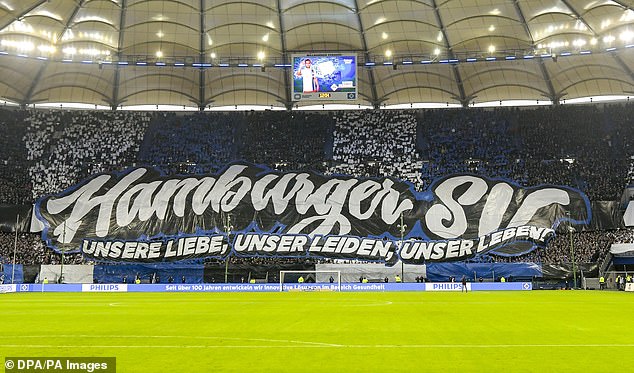 A Hamburg fan banner held up reads ‘Hamburger SV – our love, our suffering, our life!’

The incidents occurred ahead of today’s derby match between the two teams in the German second division.

St Pauli put a dent in their rivals’ title hopes by securing a 2-0 victory but there were further clashes between supporters and police.

The rivalry between the two clubs dates back to 1924 when St Pauli emerged as Hamburger’s main competitors.

September 2018 marked the first game between the teams for seven years after Hamburger’s relegation from the Bundesliga.

That meeting ended in a 0-0 draw with Hamburger winning the return fixture 4-0.

But today’s victory gave St Pauli a historic double over their rivals. 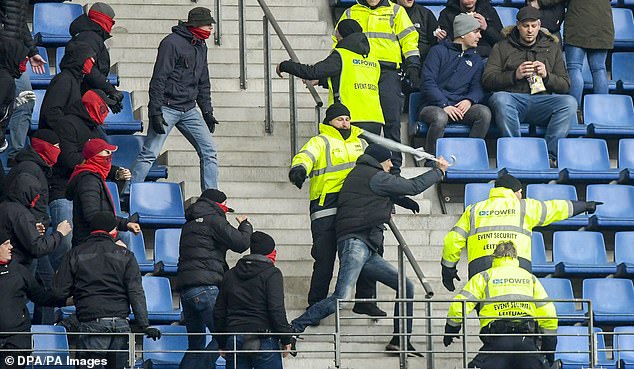 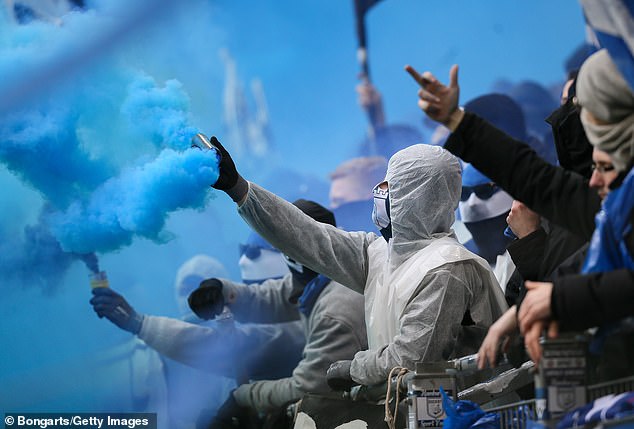 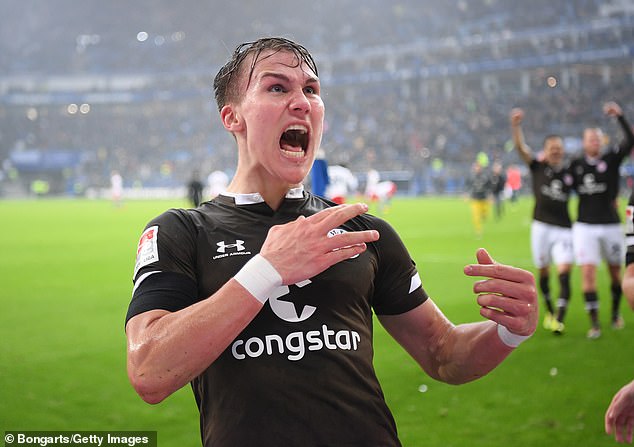