‘We want to be under that spotlight’: England captain Steph Houghton hails WSL’s new £24m TV deal with Sky Sports and the BBC

Leading figures from women’s football, including England captain Steph Houghton and Chelsea manager Emma Hayes, have hailed the £24million TV deal with Sky Sports and the BBC as a game-changer for the Women’s Super League.

As revealed by Sportsmail on March 9, the Football Association have agreed a three-year deal worth around £8m annually, which is set to make the WSL the most-watched women’s league in the world.

Manchester City’s Houghton says players are ready for an increase in attention. ‘That’s what we want,’ the Lionesses star told Sky. ‘We want to be under that spotlight and have the scrutiny. 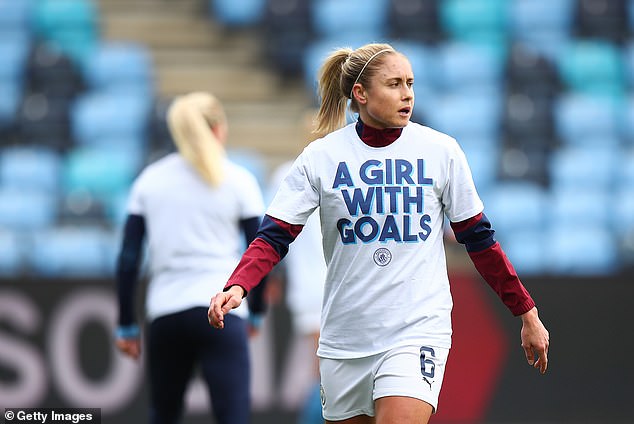 ‘Team performances are the most important but individual performances will also be highlighted, whether that is good or bad.

‘We want to be spoken about because we are footballers.’

Chelsea boss Hayes said: ‘This will bring the elevation that the women’s game needs. It’s a perfect marriage. The rise has been exponential.’

Kathryn Swarbrick, the FA’s commercial and marketing director, added: ‘This is a moment to celebrate — a watershed moment in the WSL.’ 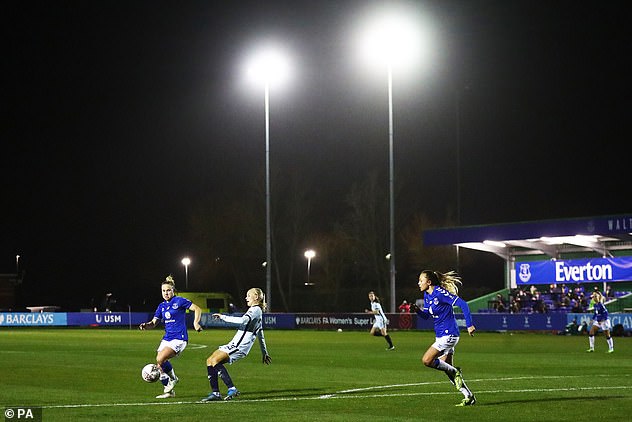 The deal is worth £8million a year, with Sky and the BBC showing three matches each weekend

The money will be split 75/25 between the 12 WSL clubs and the 11 sides in the second-tier Championship.

Matches will be screened on terrestrial TV for the first time next season.

Sky will show two games a weekend, and one will be available on the BBC.

It means Sky will show at least 35 games exclusively per season, and the BBC will broadcast 22, with a minimum of 18 shown on BBC One or BBC Two.