Scotland manager Steve Clarke insists his side are confident in taking on ‘anyone, anywhere’ after learning they will host Ukraine in their Qatar 2022 play-off semi-finals

Scotland manager Steve Clarke claimed his players were confident of taking on ‘anyone, anywhere’ after discovering their path to the World Cup will need to veer away from Hampden.

Scotland will host Ukraine in the play-off semi-finals on March 24, having already booked their place among the seeds after winning their last six qualifiers.

Victory over Ukraine will set up a final against Wales or Austria five days later but the draw consigned them to an away trip. 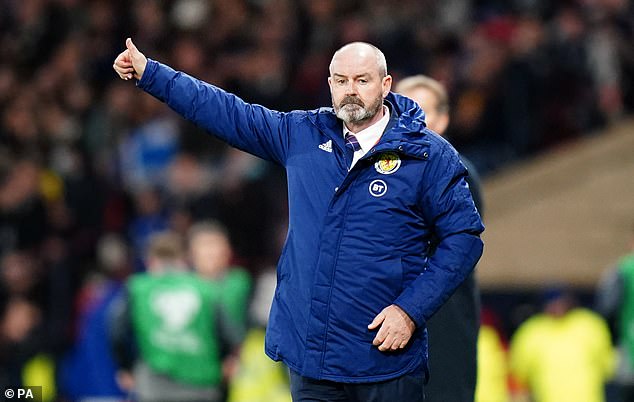 Steve Clarke claimed his Scotland players were confident of taking on ‘anyone, anywhere’

Getting past Ukraine will not be easy. They reached the Euro 2020 quarter-finals under Andriy Shevchenko before running out of steam against England after an epic victory over Sweden at Hampden.

With acting head coach Oleksandr Petrakov at the helm after stepping up from the youth ranks following Shevchenko’s move to Genoa, Ukraine went through their qualifying campaign undefeated, drawing twice against France.

Clarke said: ‘I don’t think it matters who we were going to get in the semi-final draw, it was always going to be tough.

‘We will go away and do our homework on Ukraine and try and come up with a winning formula. 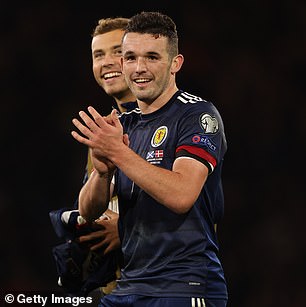 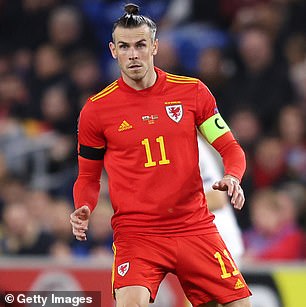 Scotland will face Ukraine in their play-off semi-final, while Wales will take on Austria 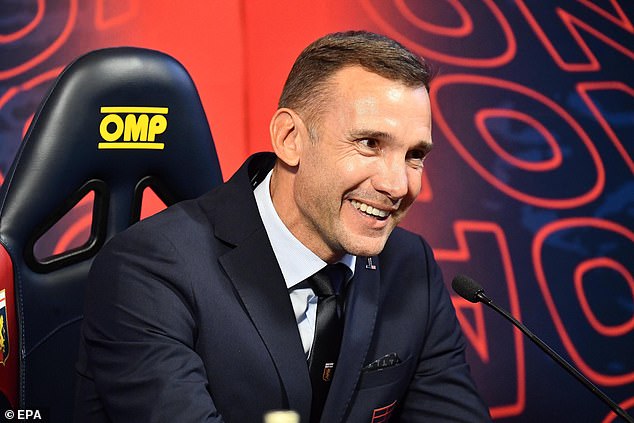 Getting past Ukraine will not be easy. They reached the Euro 2020 quarter-finals under Andriy Shevchenko (above) before running out of steam against England

‘At the moment, the way the team is playing, the confidence the boys have got, we would be happy to play anyone, anywhere, but the home leg, full house, we have seen the value of that in the last two home games against Israel and Denmark.

‘The home crowd should give us an extra boost but it will be down to the lads on the pitch what actually happens in the game.’

Clarke rebuffed suggestions a potential derby clash with Wales could be a distraction ahead of the Ukraine game.

‘We certainly won’t be distracted by it,’ he said. ‘We always treat our immediate opponents with the utmost respect. So that’s what Ukraine will get. They will get all our respect.

‘We will approach the game with a bit of humility and we’ll do as well as we can.

‘Over the winter months we will obviously have to prepare for either Wales or Austria and we’ll make sure we are well prepared for that if we manage to get through the first game.’ 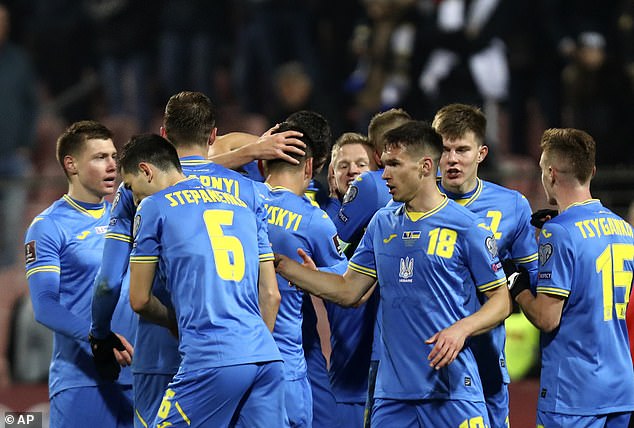 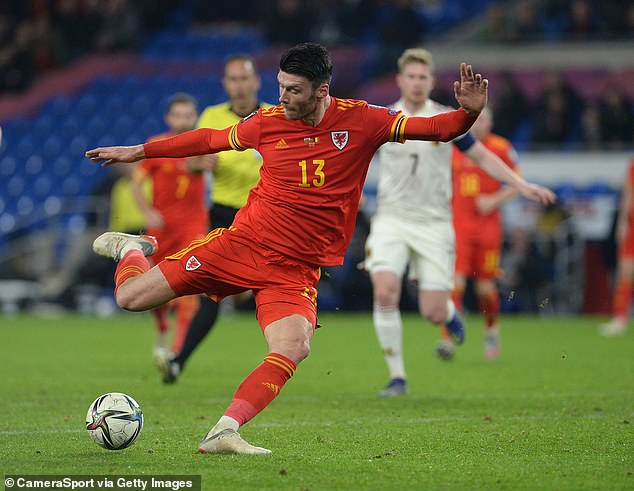 Scotland have twice secured crucial results away to Wales in World Cup qualifiers. A 2-0 win at Anfield clinched their place in the 1978 finals, and Davie Cooper’s late penalty sealed a point and a play-off place on the night Jock Stein died in Cardiff in 1985.

However, recent trips to Wales have not been so successful. Berti Vogts’ side suffered a 4-0 friendly defeat in 2004 and an Aaron Ramsey-inspired Wales beat George Burley’s men 3-0 in another friendly in 2009.

Two late goals from Gareth Bale earned Wales a 2-1 World Cup qualifying victory in Cardiff in 2012 in one of Craig Levein’s final matches in charge.

In all Scotland have lost their last six meetings with Wales and the run without a win stretches back nine games to a Home International game in 1984.

Scotland have better recent memories of facing Austria, winning 1-0 in Vienna in September after drawing 2-2 with their qualifying rivals at Hampden in March.

Whatever Scotland’s potential route to Qatar, they will have to beat two teams who reached the knockout stages of Euro 2020 if they want to reach their first World Cup since 1998. 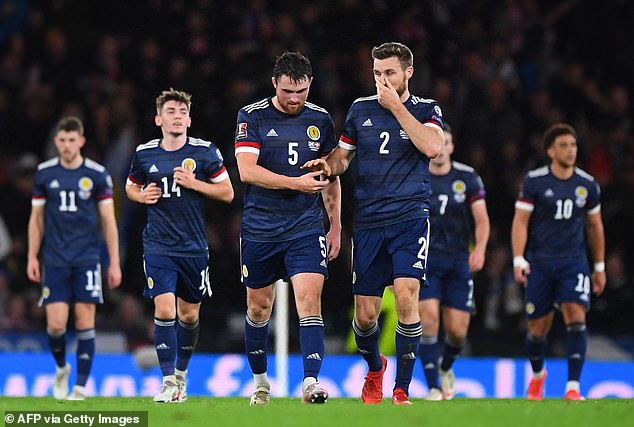 Scotland’s potential route to Qatar, they will have to beat two teams who reached the knockout stages of Euro 2020 if they want to reach their first World Cup since 1998

Clarke said: ‘They are all good teams. There was nothing to get too excited about, we knew whoever we were going to get would be a tough draw.

‘Ukraine is up there with the toughest and from that we know Wales have done really well recently and we know the Austrians well because we played them in the group stages.’

Scotland have recent triumphs to take encouragement from, having navigated a very similar process to reach the Euros by beating Israel at Hampden and Serbia in Belgrade, both on penalties.

Clarke said: ‘When you look at the qualification process for international football, every game is almost a must win, even when you are playing the so-called minnows in the group, you still have to win those games.

‘We managed to do that well throughout the qualifying campaign. We have shown over the course of the play-offs for Euro 2020 that we can handle the high tension of those semi-final and final games and hopefully we can prove that again in March.’