‘This is a ground that can help you win games’: Jubilant Steve Cooper believes the City Ground’s atmosphere can help Nottingham Forest avoid relegation… with fans roaring them to first top-flight victory in 23 YEARS

Steve Cooper believes Nottingham Forest’s historic home stadium can help keep them in the Premier League after the City Ground roared them to a first top-flight win this century.

In the first Premier League fixture here for 23 years, Taiwo Awoniyi put Forest ahead in first-half stoppage time, soon after Said Benrahma had seen a goal ruled out for West Ham.

Then after the break visiting star Declan Rice saw his penalty saved by Dean Henderson, and Pablo Fornals and Benrahma hit the underside of the bar – to the delight of the 29,281 crowd. 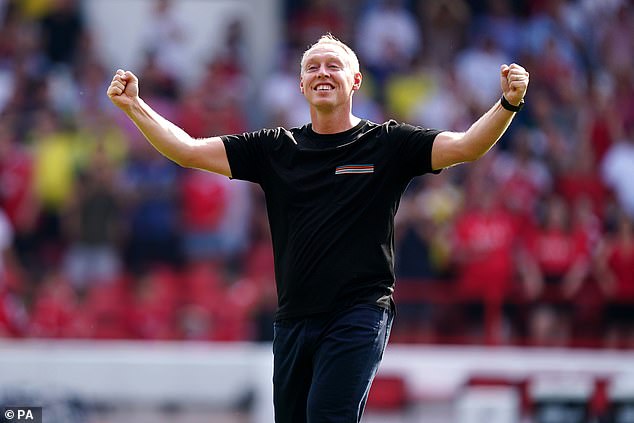 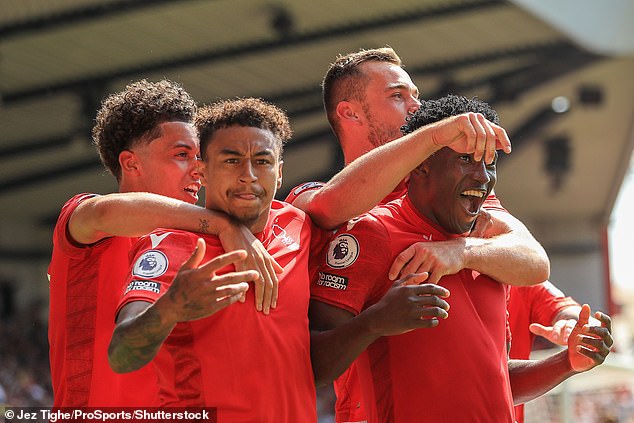 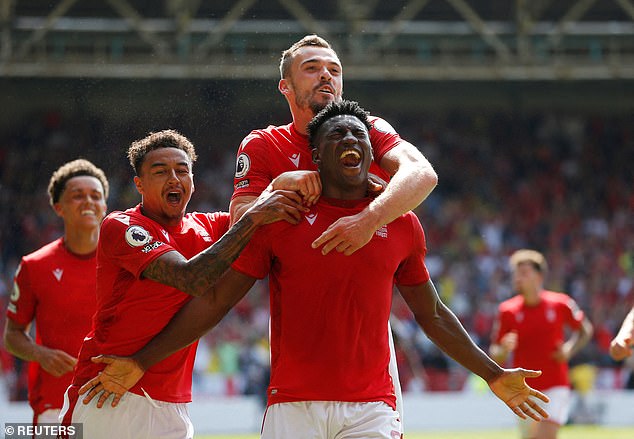 One of the new signings, Nigerian Taiwo Awoniyi (centre), scored the only goal of the game

‘This is a ground that can help you win games,’ said Cooper, whose side were watched by owner Evangelos Marinakis. ‘We have to do our bit. The occasion – the first home game back in the Premier League – was so important to so many people.

‘We were never going to say it was just another game. Since promotion you could sense everyone waiting for this day and wondering who we were going to play.

‘Though we didn’t play here in pre-season, it felt like home immediately for our new players.’ 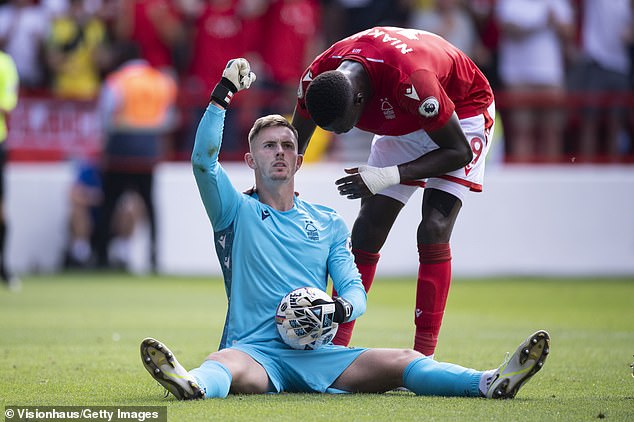 Their spending is hovering close to the £100million mark but Cooper says they have no intention of calling it a day just yet.

‘I would like to sign more before we play Everton and I hope everyone is looking into why (Forest have made so many signings),’ said Cooper. ‘There has been a rationale behind it and it has been necessary.

‘I don’t mind saying it: we would have loved to carry on with last season’s team and added a few players to it but that was never going to happen (five of Forest’s first-choice XI last term were on loan).

‘We are still in the process of becoming the team and squad we want to be so there will be more ins and outs.’ 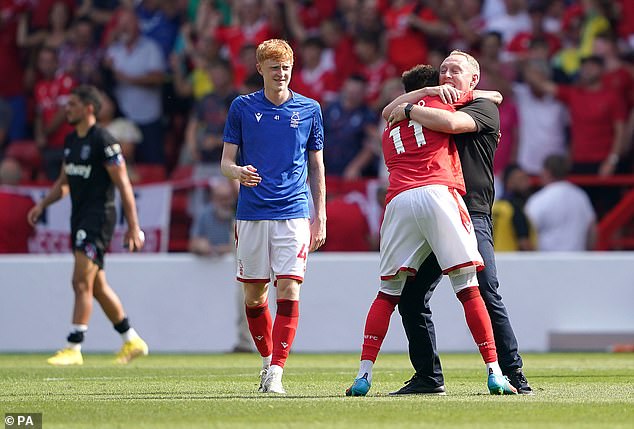 Hammers boss David Moyes would not be drawn on the game’s controversial incidents, though felt his team were unlucky to lose.

Benrahma’s goal was chalked off after VAR spotted a foul by Michail Antonio on Moussa Niakhate, while Rice’s penalty was awarded when Scott McKenna handled Tomas Soucek’s shot, but was only booked.

Moyes said: ‘Very little went our way in a big first home game for Forest. They carried quite a bit of luck through the game and we didn’t have much.

‘Our first 20 minutes were really poor. Did the atmosphere play a part? Undoubtedly. If you’re playing in that atmosphere, it’s great. The Forest fans showed how much they’ve been waiting for top-flight football here.’