Rangers manager Steven Gerrard thinks there has been definite signs of improvement this season at Ibrox. The Gers have gained 10 more points this season compared to last season, after the same number of games.

Rangers head to St Johnstone on Sunday afternoon, with Gerrard hoping to close the gap on Celtic at the top of the table.

Neil Lennon’s side are currently 10 points ahead of Rangers in the title race, although the Gers have a game in hand.

Despite the points difference, Gerrard has still admitted that he’s pleased with the club’s progress.

But, he won’t be fully satisfied until further improvement is made.

JUST IN: Steven Gerrard explains what he needs to do to get the Liverpool job 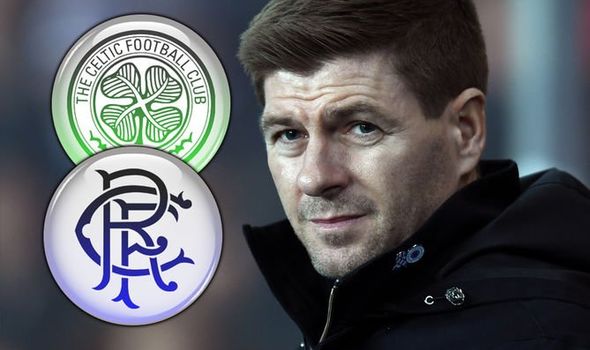 “There has been definite progress, but I don’t sit back content.

“I need to keep pushing this in every way.

“We are 10 points or so better off than last year but so are Celtic.

“It is still a huge challenge. It is hard to chase something that is powerful and improving themselves.

“Can we get there? That is the interesting thing. I have belief.”

Rangers have also made progress in European competition under Gerrard. 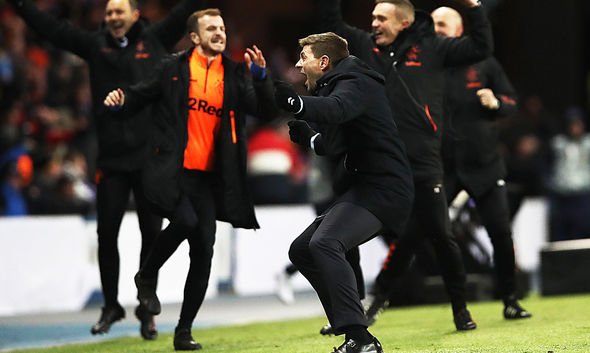 The club made it to the Europa League group stages for the second time in successive seasons during this campaign.

Rangers had previously failed to qualify for the group stages of any European competition since the 2010-2011 season.

Back then, Rangers finished third in their Champions League group, and subsequently made it to the Round of 16 in the Europa League.

But, this season, Gerrard’s side have gone one better than last year, having made it through the Europa League group stages, and into the knockout phase.

Meanwhile, Rangers head to St Johnston in the Scottish Premiership on Sunday.

Gerrard has overseen a bout of inconsistency from his team in the league over recent weeks.

They’ve won four of their last seven matches, which has given Celtic some breathing room at the top of the table.

The Hoops have won all of their matches since their 2-1 defeat at home to Rangers.