Steven Gerrard hailed Ryan Kent for silencing his critics with the expertly-taken goal that fired Rangers into the Europa League last 16 on a memorable night in Braga.

The £7million winger’s form has come under close scrutiny as the Ibrox side have toiled domestically but his second-half finish secured a richly-merited success over Portugal’s form team.

And Gerrard offered a message of support for Kent, insisting some of the flak directed at the former Liverpool man has been ‘ludicrous’. 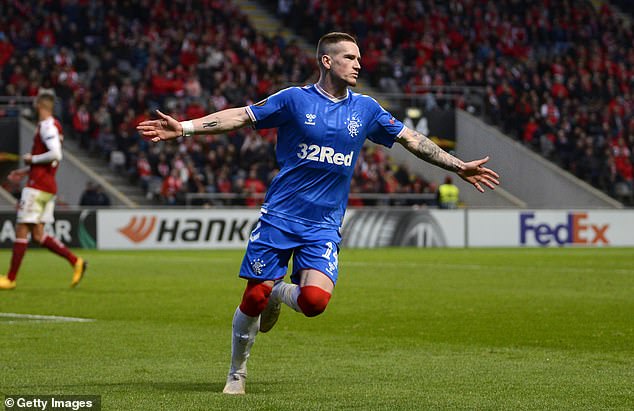 ‘There have been a lot of opinions on Ryan of late on what type of form he is in,’ said Gerrard. ‘But he delivered a big moment for us and he could have had two. He was disappointed with the big chance he had in the first half.

‘But I am really happy with him and I don’t just judge him on numbers. I judge him on what he is doing for the team — in and out of possession.

‘People don’t give him the credit he deserves, in terms of the amount of running he does for us. But he came big for the team and scored the important goal.

‘Hopefully this will do his confidence the world of good because there will be times when people aren’t happy with him and it’s a little bit up and down. That is part of being a footballer at a top club. 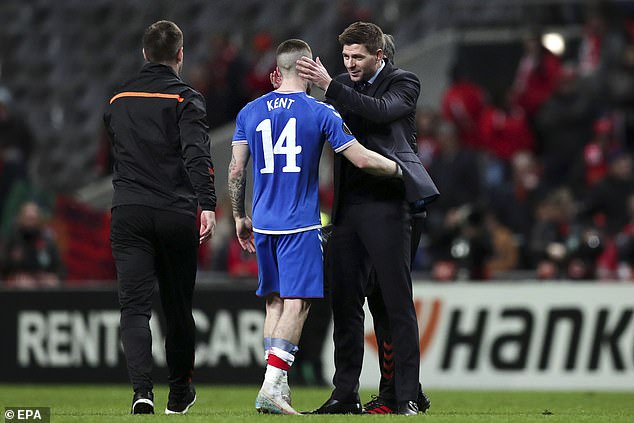 ‘But some of the opinions I have been reading of late on Ryan are ludicrous. He’s a top player.’

Ianis Hagi had seen a first-half penalty saved by Braga keeper Matheus, while Florian Kamberi passed up a good chance before the break.

Kent should also have netted in that opening period and said: ‘I missed an easier opportunity in the first half but the goal is just a bonus.

‘The fact we’ve gone through is special for the football club, the fans and for ourselves and we have got something to fight for.

‘The boys know recent form hasn’t been good enough and we expect better and demand more of ourselves.

‘Pressure aside from the league, we’ve been doing really well in Europe, so we just went out and showed everyone what we are capable of. 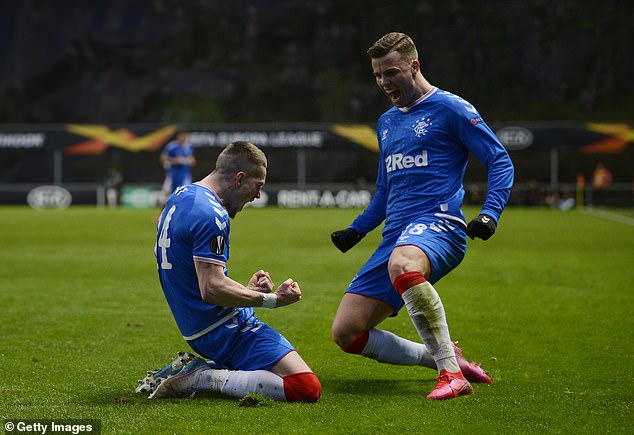 ‘The fact we are the underdogs in this competition means there is less expectation and tension in our play.

‘We go out there and play with more freedom and I felt we got what we deserved.’

It is the first time in nine years that Rangers have advanced this far in continental competition, with Gerrard paying tribute to his entire team for carrying out the game plan to perfection.

His decision to drop Nikola Katic in favour of George Edmundson was rewarded by a terrific display from the 22-year-old Englishman (pictured), who had not featured in Europe since last July.

He formed a rock-solid partnership with more experienced compatriot Connor Goldson that stood in stark contrast to the defensive woes of Sunday’s 2-2 draw against St Johnstone. 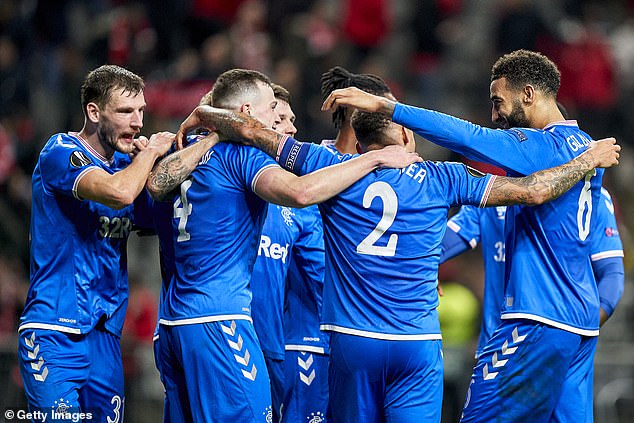 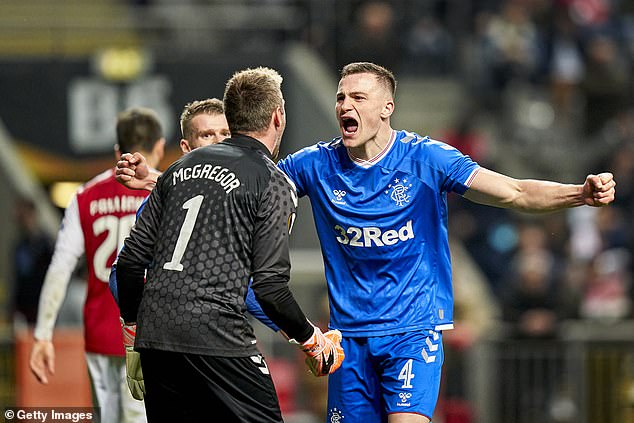 ‘The partnership of the two centre-backs was faultless,’ said the Rangers manager. ‘George was thrown in at the deep end but there’s one way to get European experience.

‘At some point, a manager has got to trust you to go in, whatever the challenge is.

‘He stepped up and he fancied it and he delivered with the help of Connor, who played like a captain, like a leader.

‘He is someone who has had some stick since the weekend, along with the rest of us, so to bounce back and post that type of performance was great.

‘The back five were outstanding, shielded by the three in front of them.

‘From a defensive point of view, the game plan was delivered by them so they deserve the credit for it.’

Rangers are the first team into tomorrow’s last-16 draw, opening up the possibility of a meeting with Celtic if Neil Lennon’s men see off FC Copenhagen tonight.

‘Tonight is about enjoying the win against Braga,’ added Gerrard. ‘We will really look forward to the draw on Friday and be proud whoever we come up against.’ 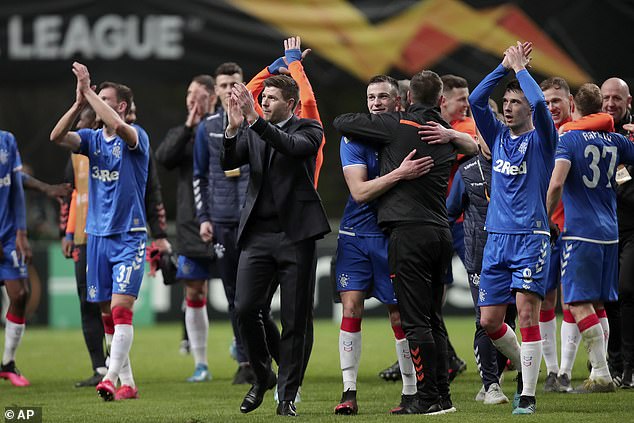