Luis Suarez says he has a clause in his contract that will trigger a contract extension if he plays in 60% of Barcelona’s games next season.

Suarez has been a key part of Barca’s strikeforce since joining the club from Liverpool in 2014, but his current deal expires in the summer of 2021.

With the striker entering the last 18 months of his deal, rumours have suggested he could look to run his contract down and move on. 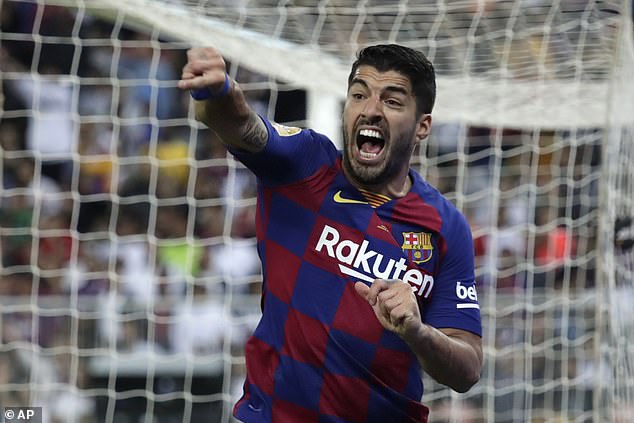 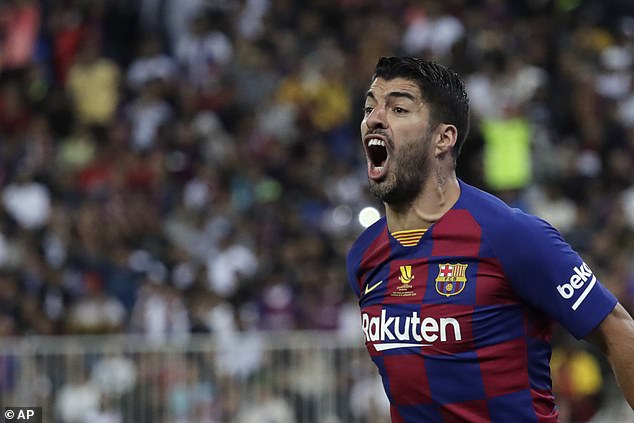 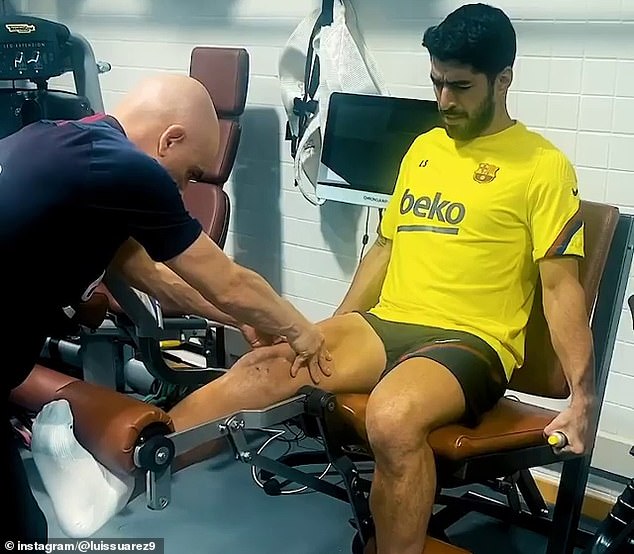 However, the Uruguay international insists his future remains at the Nou Camp and hopes the club are equally keen to extend his stay.

Suarez told RAC1: ‘There is the option that if I play 60 per cent of the games I’m available for next year, I renew.

‘I am happy here and my family is too. I’m where I always wanted to be and I feel useful, but the decision has to come from the club. I want to stay here but that doesn’t depend on me.

Suarez could miss the rest of the season with a knee injury sustained in the Spanish Super Cup defeat to Atletico Madrid but is confident it won’t be a long term issue.

‘[My knee?] I was playing because I was used to playing with pain. I had cartilage problems, I also had a meniscal cyst.

‘This causes you to put force on other areas of the knee and everything comes together causing you more problems. I’m determined to be fit again.’

In his absence, Barcelona have made the surprise emergency signing of Martin Braithwaite from Leganes on a four-and-a-half-year deal.