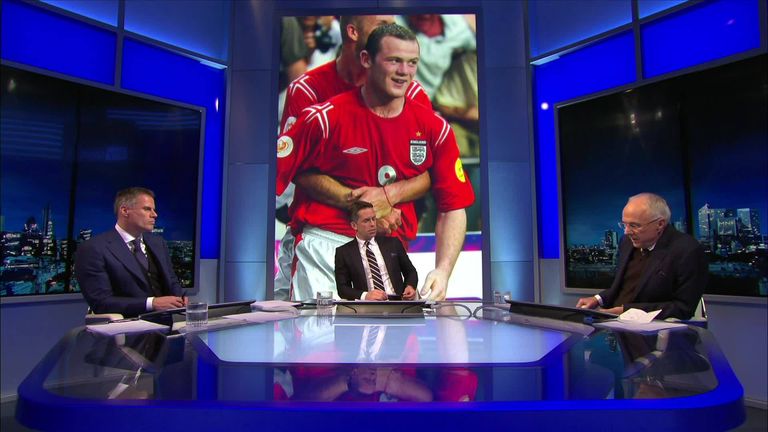 Sven-Goran Eriksson admits he has been “lucky” to work with so many talented players during his 42 years in football management, but who makes his ultimate English XI?

The former England manager joined David Jones and Jamie Carragher, whom he managed during a five-year spell with England, in the MNF studio for the Premier League clash between Leicester City and Aston Villa.

The 72-year-old Swede lifted the lid on a successful managerial career during which he won 18 trophies, his appointment as the first foreign manager of England and his time in charge of the team. 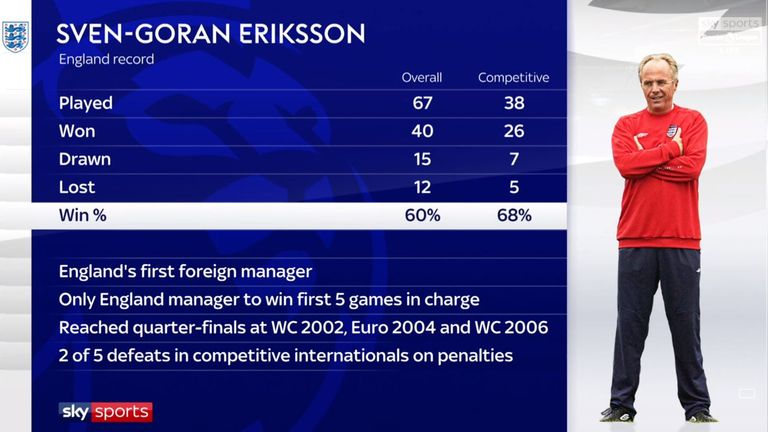 “I’ve been lucky – I had a lot of good footballers,” Eriksson told Monday Night Football. “Unfortunately it’s the life of a manager that some have had to be left out!”

Eriksson took charge of 67 games with England, granting caps to 72 different players in total and winning 59.7 per cent of those matches, but his all-star XI are not all from his five-year tenure with the national team. 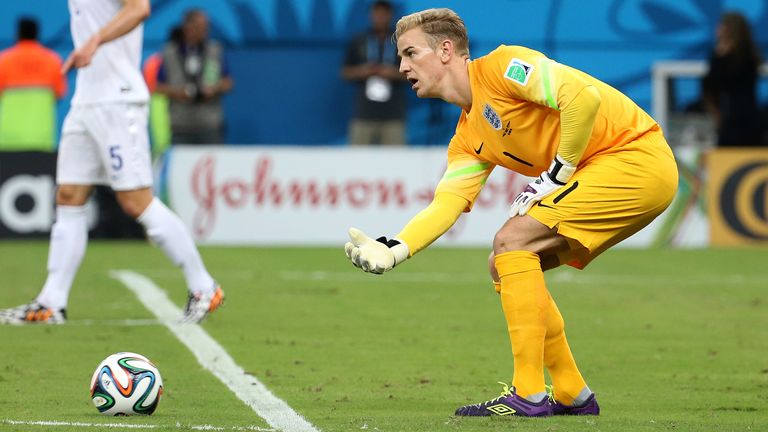 “I never had Joe Hart in the national team but with Manchester City. During my time in England, he was the best English goalkeeper.

“He was not ready when I was manager of the national team to do one of the big tournaments.” 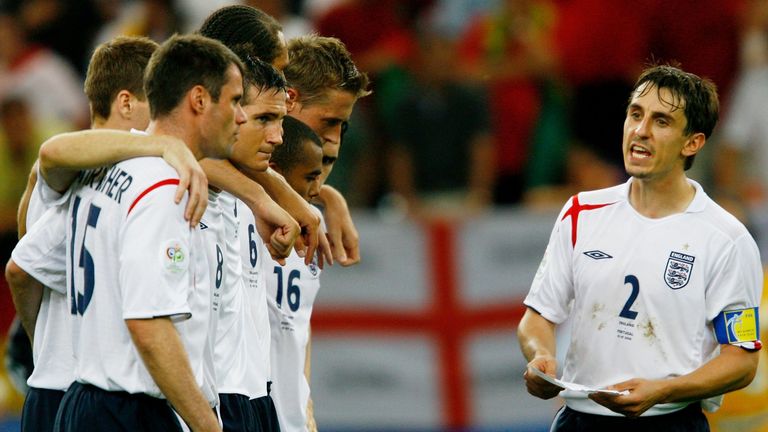 “Gary Neville always had an opinion about everything, before training and after training.

“One day we were leaving training, he was complaining about something when David Beckham came over. Beckham told me not to listen to him and said: ‘Boss, he is born like this and will die like this.’

“But he is a good man and he was a fantastic right-back. 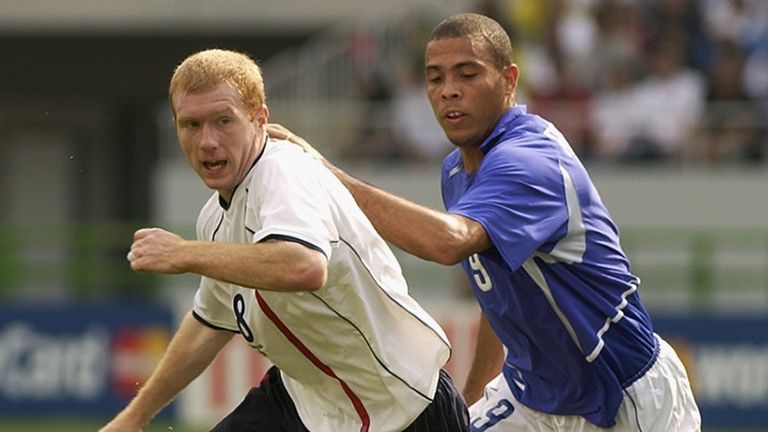 “It was never a problem [Playing Scholes on the left]. At that time, it was the best four midfielders that we had [David Beckham, Frank Lampard, Steven Gerrard, Scholes].

“I couldn’t at the time put any of them on the bench. I picked because I was convinced that these four were the best. I was always convinced that Gerrard and Lampard could play together.” 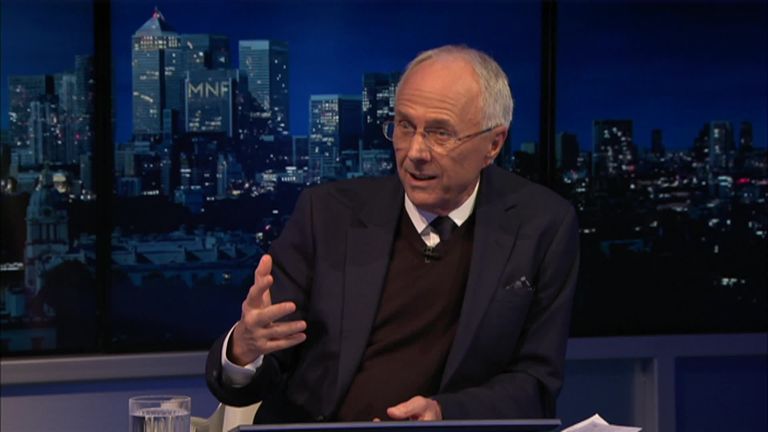 “When Scholes opted to retire, I asked him to think about it for one month during the holidays. That had nothing to do with formation.

“I think he didn’t want to be away from his family that long a time. Paul was a great player, but we never saw his best in a big tournament.” 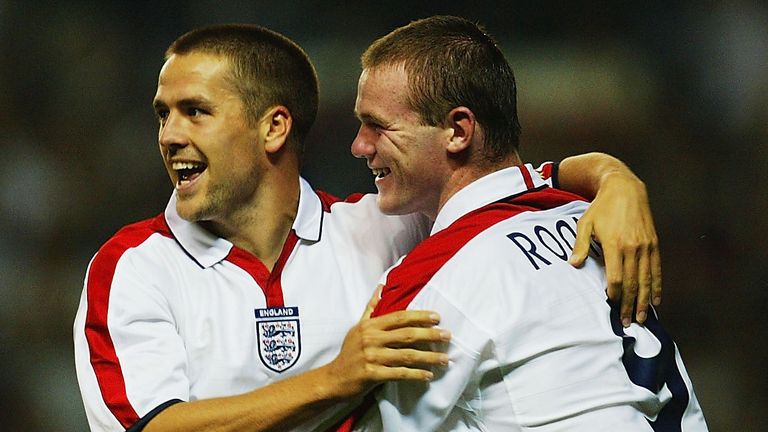 “Rooney was maybe not the best, but he as very high up. Remember, I only had Rooney with the national team and for the big tournaments he was unlucky. He was injured for the last one and sent off and injured in 2004 as well, so I didn’t really see the best of Rooney.

“But you could see that this was a great player. I followed him and he’s been criticised now and then, but he’s the best goalscorer for England and Manchester United.” 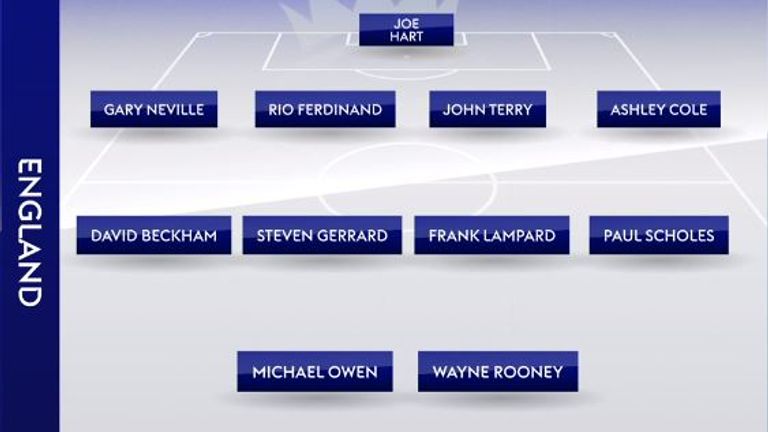 “I consider Kasper Schmeichel as good as Joe Hart was. Outside of England, he was the best goalkeeper that I had.

“Pavel Nedved has never played at left-back… he’s a wide midfielder, but he has to be in the team. He was an extremely professional footballer. He would have holiday for five days while the rest would have a month.

“I had Roberto Mancini for nine years and it was certain that he would become a manager. At Sampdoria, he was manager and player. He was in the office, talking to the kit man, the bus driver and the kitchen staff. He was everywhere. 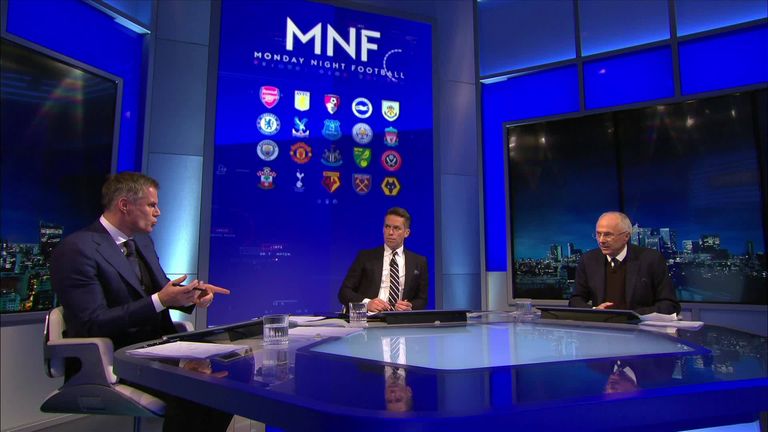 “Roberto Falcao was the coach on the pitch. I only had him for one year but the players told me we cannot play without him. Without him we lost, but with him we never lost. He had the vision and he was an elegant player. He had everything.