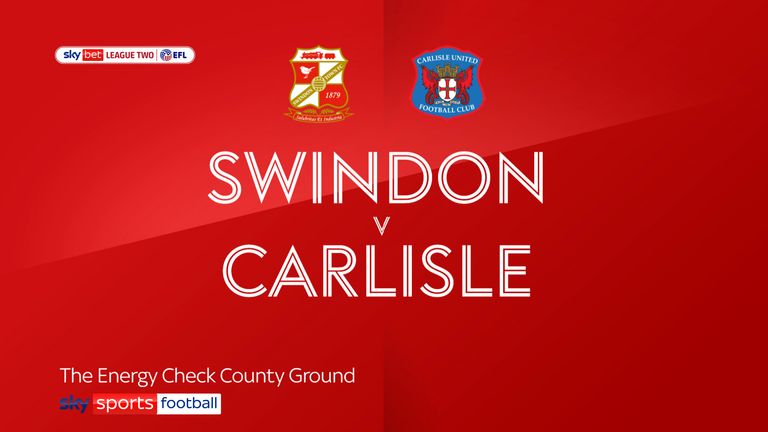 Tristan Abrahams’ strike just before half-time earned Carlisle their first win of their season courtesy of a 2-1 triumph over Swindon.

Both sides traded blows early on but it was the visitors who took the lead through an excellent half-volley from distance by Joe Riley in the 13th minute that flew low into the bottom left corner, giving Jojo Wollacott no chance in the Swindon goal.

The Robins responded on the half-hour mark when Romoney Crichlow slid in the leveller.

Louis Reed swung in a free-kick that was nodded on by Dion Conroy across goal to Crichlow who got his toe on the loose ball to stab in for 1-1.

However, Carlisle reclaimed the lead in the 43rd minute thanks to Abrahams. The former Newport and Leyton Orient striker tapped in from close range after Swindon failed to deal with a long throw into the box which saw Jon Mellish have a shot saved by Wollacott and Abrahams knock in the rebound.

A bad afternoon got worse for Swindon when Kaine Kesler-Hayden was sent off late on.

Tags: 1-2, Carlisle:, Swindon:, Tristan
You may also like
Latest Posts