Facebook and Kick It Out have launched ‘Take A Stand’ – an action-led initiative giving fans the tools to empower them to call out discrimination wherever they see it.

Take A Stand spoke to fans across the English football leagues about their experiences regarding everything from targeted abuse in Sunday League games, to racist fan chants, homophobic slurs and group messaging exchanges.

Many of football fans spoken to admitted to not knowing how to react when they have seen or experienced discrimination first-hand, but agreed to stand against it and show that ‘collectively as a group of football lovers, we aren’t going to accept it’.

Facebook and Kick It Out will provide more easily accessible tools and resources such as:

“By keeping the conversation going around discrimination in football, we hope to turn bystanders into activists, so that football can be a game that is enjoyed by all, free from abuse,” Sanjay Bhandari, Kick It Out Chair, said.

‘I didn’t want to put myself at risk’ “Through Facebook we’ve been able to reach people that we probably wouldn’t normally be able to on a matchday and also speaking to other LGBT group and building that community across the whole game.”

‘Brothers and sisters are standing by your side’ 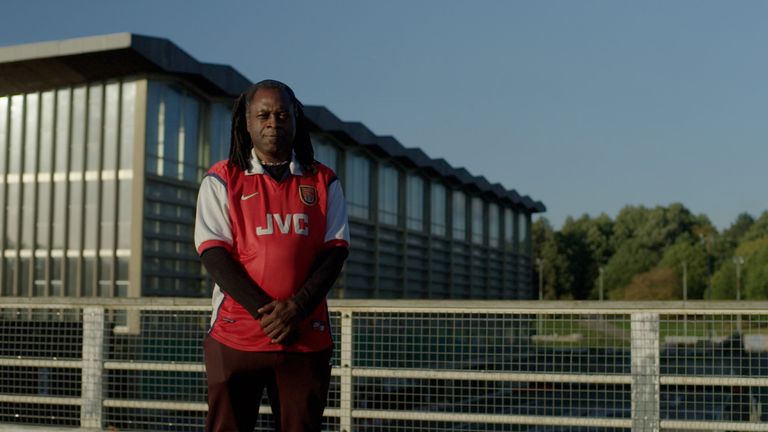 Trevor Sealy, 52, says he breathes a sigh of relief when he sees acts of solidarity when confronted with racism on Sunday League pitches.

On an incident in a Sunday League game he said: “At the last minute I got clipped and then you heard the other team say, we finally got the black b***. Even white team-mates didn’t feel like anything would really be done about it, so they felt there was no point rising to it.

“We need to actively confront it, actively stand up to it. As a black man, I breathe a sigh of relief. It’s not just down to us, white brothers and sisters are standing by your side.”

If you see a reply to Sky Sports posts and/or content with an expression of hate on the basis of race, colour, gender, nationality, ethnicity, disability, religion, sexuality, age or class, please copy the URL to the hateful post or screengrab it and email [email protected]

Hiddink backs under-fire Lampard to turn around horror run at Chelsea
Recent Posts
This website uses cookies to improve your user experience and to provide you with advertisements that are relevant to your interests. By continuing to browse the site you are agreeing to our use of cookies.Ok