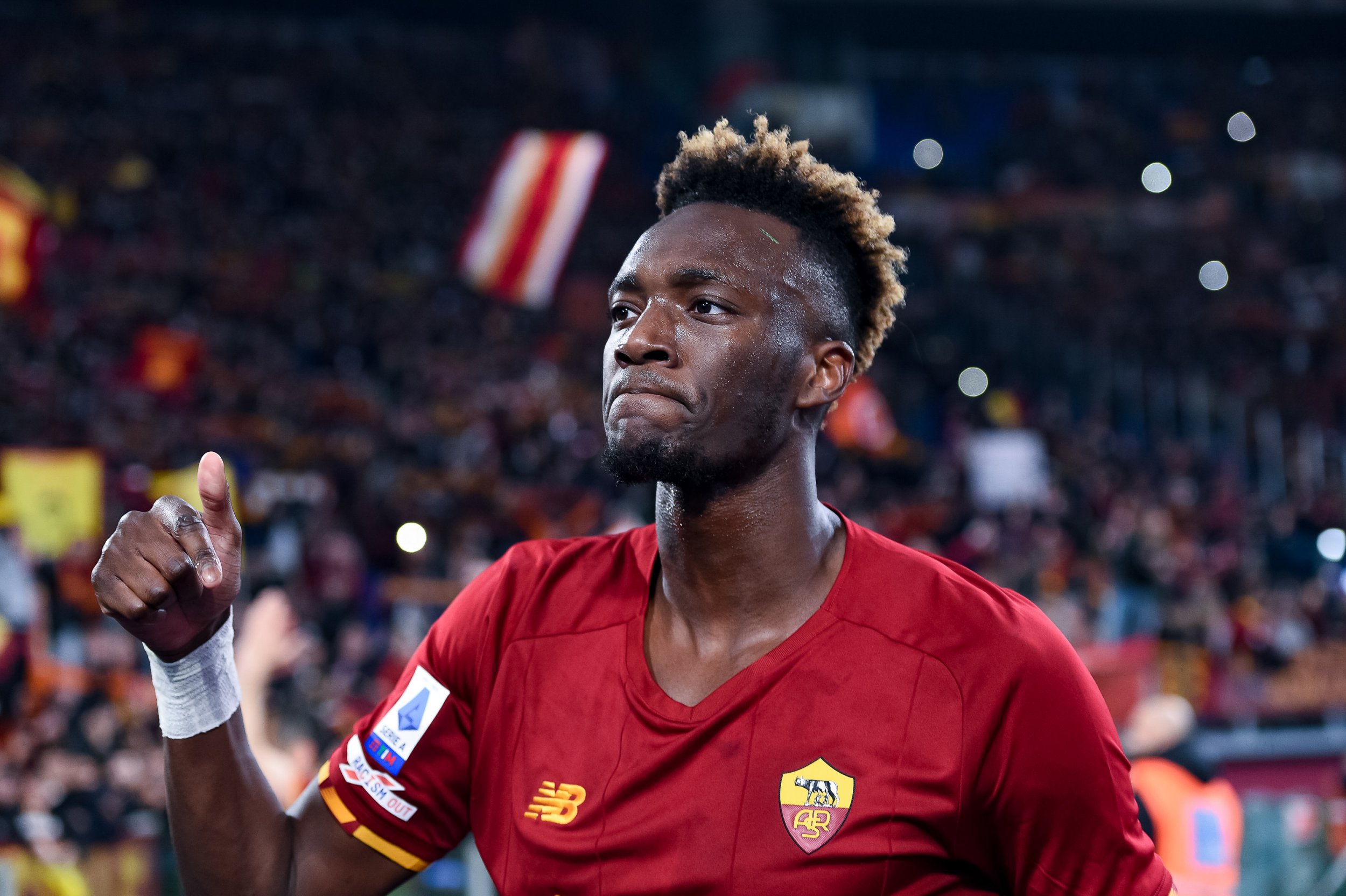 Tammy Abraham insists he has not considered a return to Chelsea and has no regrets about leaving Stamford Bridge.

The 24-year-old was sold to Roma last year in a £34 million deal and hit the ground running in his first season in Italy, scoring 27 goals in all competitions.

Chelsea inserted a buyback clause as part of their agreement with Roma which could see them re-sign Abraham for €80m (£67.3m) next year.

But with the prospect of Chelsea requiring a new striker next summer if they fail to add to Thomas Tuchel’s squad before the end of the window, Abraham says he is ‘in no hurry’ to return to the Premier League.

Asked about a possible move back to Chelsea, Abraham told Corriere dello Sport: ‘No. The first day I arrived at Roma I felt at home.

‘I’m in no hurry to get back to the Premier League because I can express my way of playing here. In Italy I feel happy in every respect.

‘Believe me, I am not thinking of the future, but only about the present.

‘I focus exclusively on the season that is about to begin, because I want it to be even more rewarding than the first I experienced in Italy.’

Asked if he regrets leaving Chelsea, Abraham replied: ‘Never, not even for a second.

‘Choosing Roma was one of the right decisions I’ve made in my life.’