Tottenham Hotspur remain in talks with Paris Saint-Germain over a loan deal for Tanguy Ndombele.

PSG initially offered Leandro Paredes as part of the deal which was dismissed and Georginio Wijnaldum could yet come into the negotiations.

Ndombele, 25, is a close friend of PSG striker Kylian Mbappe and is keen to make the switch. He also has interest from Napoli, Roma and Atletico Madrid. 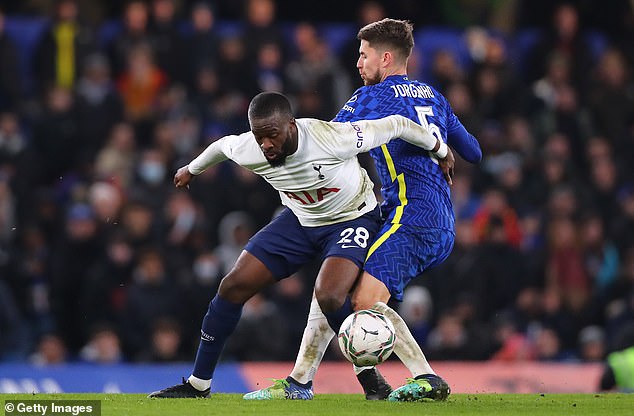 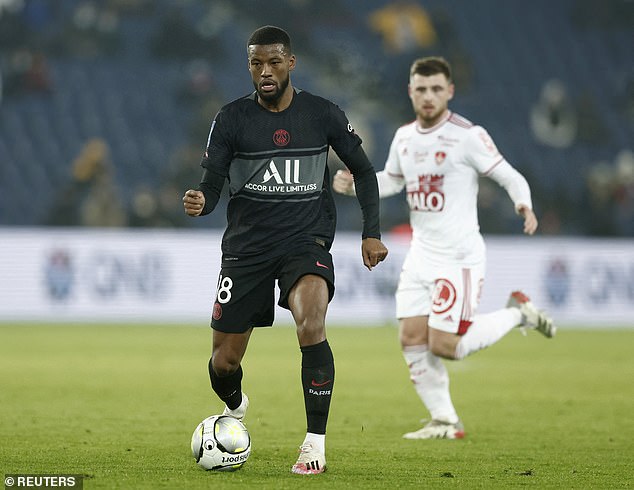 The Frenchman moved to north London in a club-record £65million deal from Lyon in the summer of 2019. However, he has failed to cement a regular spot in the starting XI.

Ndombele has failed to impress four different Tottenham managers during his time at the club – is said to be training on his own after being excluded from the last two match-day squads.

Despite Ndombele’s downfall at Tottenham, Mauricio Pochettino is said to be interested in bringing the midfielder to France. 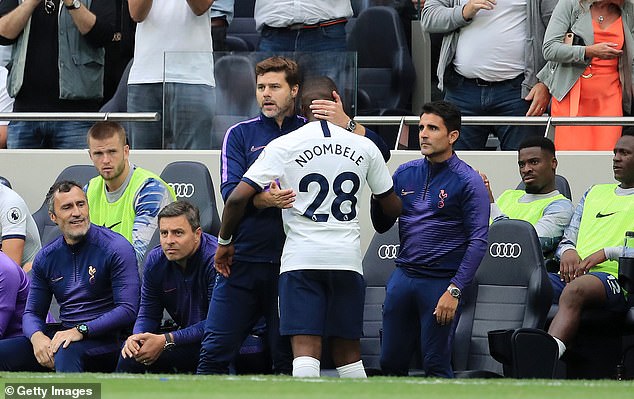 As it stands, PSG are lacking quality in their midfield as Georginio Wijnaldum has failed to impress following his free transfer from Liverpool last summer.

Tottenham are also edging towards agreement with Wolves over a £20m deal for Adama Traore, who was on the bench at Brentford yesterday.

A resolution is expected by next week with talks ongoing over a deal involving add-ons after Wolves rejected Tottenham’s last bid of £15m. 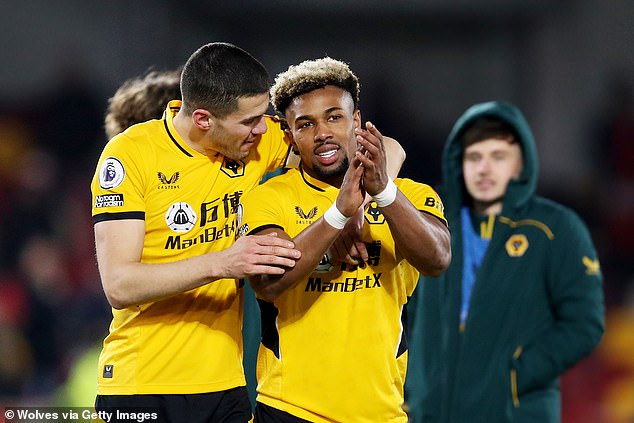 Tottenham are edging closer to the signing of Adama Traore, who was on the bench for Wolves

Traore’s contract at Molineux runs until the summer of 2023 and the Midlands club had hoped he would sign an extension.

However, Nuno Espirito Santo’s departure in the summer put talks on hold and Wolves now accept that the Spaniard will not agree to a new deal.

Therefore they are ready to sell and Spurs are in the process of putting together an offer closer to Wolves’ asking price.

Traore has made 20 Premier League appearances for Wolves this season but has started the last four matches on the bench.