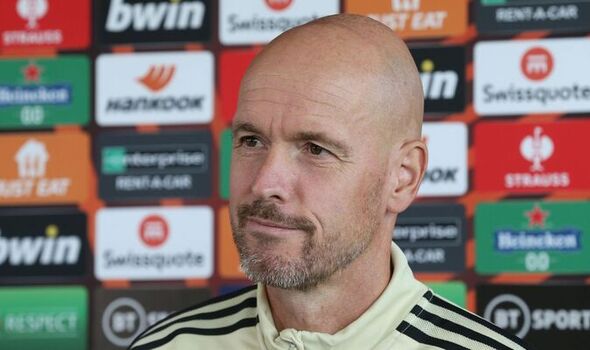 Erik ten Hag is channelling his inner Pep Guardiola with a game-changing masterstroke to Manchester United’s midfield set-up. It was not so long ago that the Red Devils looked set to continue operating with Scott McTominay and Fred at the wheel in the centre of the park – an underwhelming pivot that continues to cause frustration at the heart of United’s fanbase.

Roy Keane had previously ruled under Ole Gunnar Solskjaer that United would win nothing with McFred in the engine room – despite both showing immense improvement within the past two seasons.

Now United have gone big on Casemiro but the Brazilian is not fundamental to Ten Hag’s new-look midfield – although he will undoubtedly improve his new side’s fortunes.

In fact, Ten Hag’s tactical tweak to a more fluid 4-3-3 system has proven to be the turning point in United’s season – alongside Harry Maguire’s omission at the back.

Although the contributions of Tyrell Malacia, Lisandro Martinez and Raphael Varane have been worth their weight in gold in recent weeks, United are now no longer reliant on the creativity of Bruno Fernandes when it comes to scoring goals. 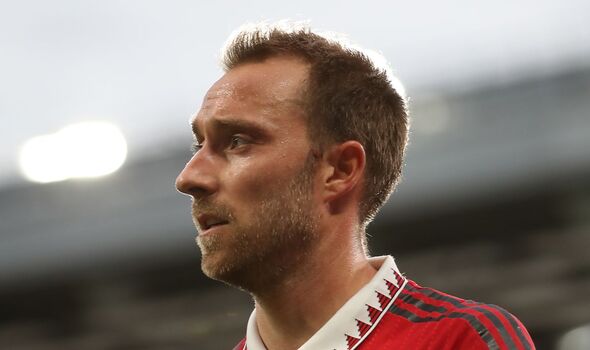 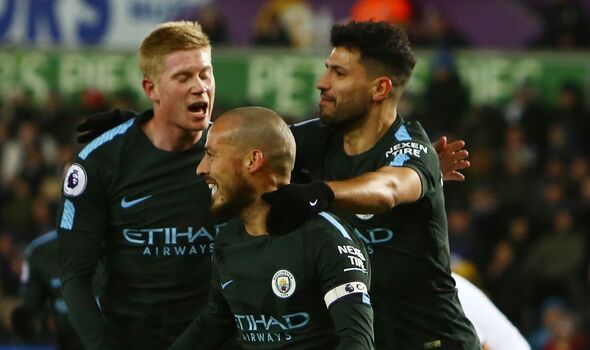 That’s because free signing Christian Eriksen – a total masterstroke from John Murtough – also has technically quality and vision to pick locks in opposition defences. United now have two creators for the price of one.

United’s current tactical blueprint is similar to that of Guardiola’s City centurions from the 2017/18 campaign.

Both David Silva and Kevin De Bruyne were operating as No 8s with Fernandinho holding and knitting it all together at the base of midfield.

Historically, shoehorning two creative No 10s into the same system has proven complicated and it is not usually possible unless you are willing to sacrifice some balance.

However, Ten Hag’s United machine is now fully functional and showing signs of fulfilling its potential – although it remains early days despite four impressive, successive victories in the Premier League.

Speaking back in April, Guardiola was full of praise for his now-rival manager, who worked under him at Bayern Munich managing the club’s reserve side in 2013.

“If I was 100 per cent I would call Manchester United and tell them: ‘Guys, you have to take him,’” Guardiola said before the appointment was confirmed.

“He’s a good manager, there is no doubt. But there were good managers there in the past since Sir Alex left. You cannot say that David Moyes is not a good manager or Louis van Gaal or Jose Mourinho. I think all the managers that have been at United have been excellent.”

Before returning to Holland, Ten Hag won the Regionalliga coaching Bayern II with Tottenham midfielder Pierre-Emile Hojbjerg among those that were part of his team.

Ten Hag has spoken openly about the influence of Guardiola on his own personal career but now he is his own manager – with his own ideas.

He does not anticipate this era of Manchester City and Liverpool dominance to last forever as he targets progress and silverware at Old Trafford.

The former Ajax tactician is an innovator and man-motivator who finds solutions within his squad and on the training field.

That’s why it’s simply no surprise that he has already drastically turned United’s campaign around following a dismal start to the season that included humiliating defeats to Brighton and Brentford.

United now believe they are cooking and the club’s new signings – accompanied with Ten Hag’s stirring tactical masterplan have the Red Devils dreaming of an unlikely top-four finish, against the odds after many wrote them off just two games into the season.