In 100 games Brendan Rodgers has brought Leicester shrewd signings, massive profits on Maguire and Co, the Champions League within touching distance, stunning football – and a Project Restart collapse… these are the 10 key talking points of his century

There were more than a few eyebrows raised when Brendan Rodgers left Celtic for Leicester.

The manager gave up the chance of winning the treble Treble in Scotland, a job which his successor Neil Lennon completed, to manage a club who were 12th in the Premier League.

The attraction of England’s top flight was of no surprise to most, but many thought he should have waited until the end of the season. Rodgers had, he claimed, tried to delay the move but the Foxes wanted him straight away, and he left behind a lot of hurt Celtic fans. 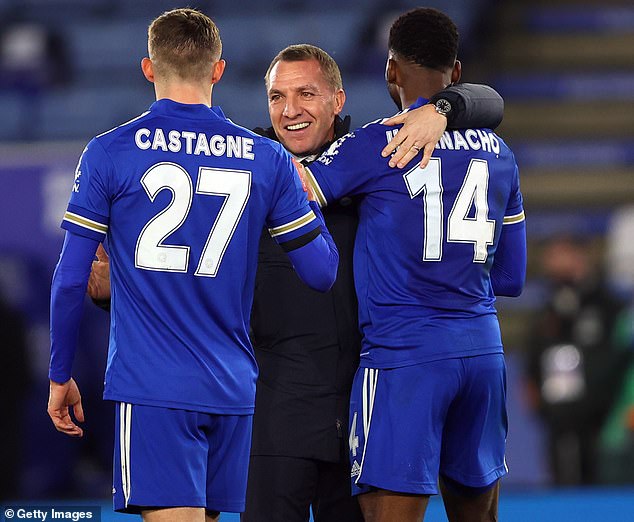 He had won it all in Scotland and he’d broken a 100-year-old British unbeaten record. The Northern Irishman described joining Leicester as an opportunity he couldn’t turn down and, two years on, Foxes fans will certainly be pleased he didn’t.

The 3-1 FA Cup quarter-final victory over Manchester United on Sunday was Rodgers’ 100th game in charge. The club have come a long way since his appointment in February in 2019.

But the collapse during Project Restart, where they gave up a Champions League place to Manchester United on the final day of the season, is perhaps sadly and unfairly the overriding memory of the 2019-2020 campaign.

But European football has returned, new players have arrived, record transfer fees have been received and they now have a first Wembley appearance in 39 years.

After reaching a century of games, Sportsmail picks out 10 talking points from Rodgers’ reign so far.

Leicester made the quarter-finals of the Champions League in 2016-17, where they were defeated by Atletico Madrid.

European football then eluded them with Claudio Ranieri unable to replicate the form that had won them the title before Claude Puel led the club to a ninth-placed finish.

Rodgers replaced the latter halfway through the 2018-2019 campaign and they finished ninth once again. Qualifying for Europe was the aim ahead of his first full season in charge. 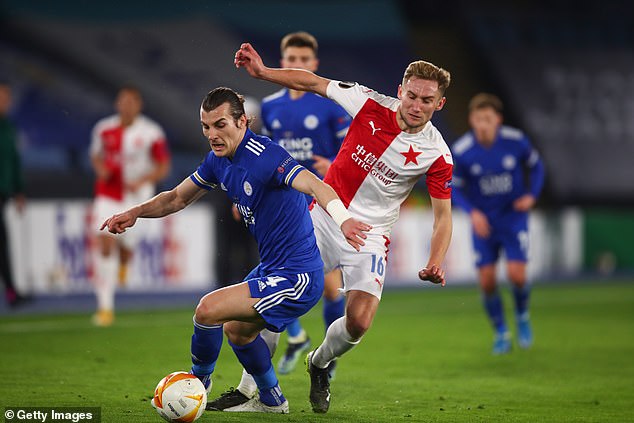 That objective was achieved as Leicester finished fifth and secured a Europa League spot, a success the club would have taken had they been offered it at the start of the campaign.

The Foxes were unable to make it past the last 32 after defeat by Slavia Prague, but the Czech club have proved to be tricky opponents, beating Rangers last week.

Rodgers will be hoping for a place in the Champions League next season, though he will want to progress further in that competition than he managed with both Celtic and Liverpool.

While qualifying for the Europa League was a success, the Foxes had occupied a place in the top four up until the second to last game of the campaign.

Just two wins from their final nine matches saw them miss out on a place in the Champions League with the team running out of steam following the resumption of the league in June.

It is perhaps the reason why they have not been talked about as real title contenders despite being second or third for much of the season. 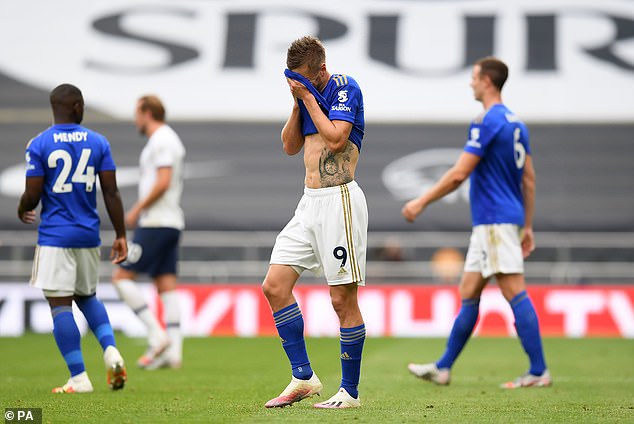 Many pundits seem to think the club will fall away again, pointing to the significance of injuries to Harvey Barnes, James Maddison, James Justin and even more key players.

Leicester have shown they can live without them and have coped admirably. Caglar Soyuncu has come back into the team and Wesley Fofana is fit again.

Last season’s experience will have made Rodgers and his team even more determined to make sure the same doesn’t happen again.

The Foxes’ owners have shown they are not a club to be messed with in the transfer market.

They have repeatedly stood firm when big clubs have come calling to try and prize away their biggest assets. Riyad Mahrez was prevented from joining Manchester City until the right fee was received and this principle has been maintained during the Rodgers era.

The club demanded £80million from Manchester United for Harry Maguire, a record fee for a defender, knowing they would have to release some of the money to his previous clubs – Hull City and Sheffield United. 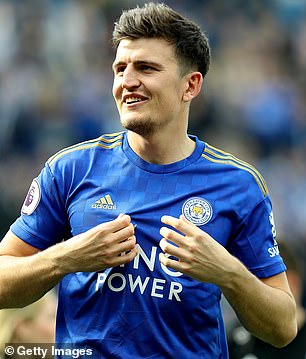 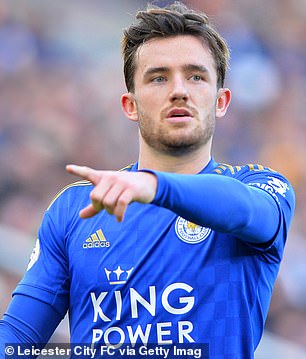 Ben Chilwell also commanded a big fee with the left back joining Chelsea for £50m.

The sales of both players haven’t weakened the team in any way and they’ve been able to recruit wisely with the money they’ve brought in.

Leicester were shrewd operators in the transfer market before Rodgers arrived and they’ve continued to recruit well under his management.

The £30m signing of Wesley Fofana has proved to be a fantastic piece of business with the 20-year-old having been one of the standout defenders in the league this season.

Youri Tielemens (£40m) has also been revelation and £6m bargain James Justin was in with a chance of making the Euros with England before his season-ending injury.

Justin, signed from Luton, went under the radar but the defender has made the step up to the top flight with ease.

Rodgers has a good team around him to identify players but he’s responsible for making them all tick. 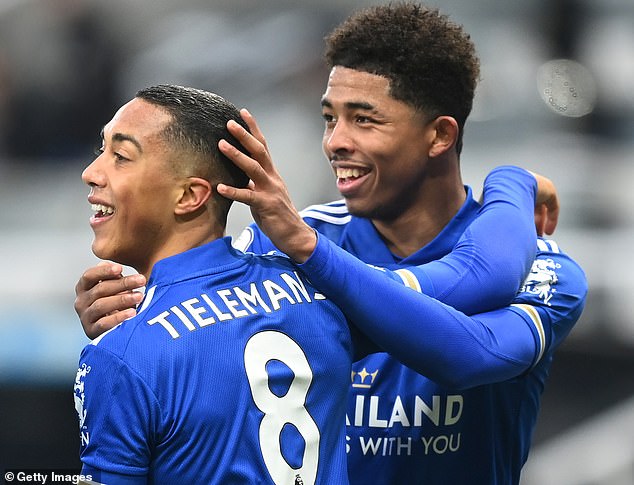 Plans for life after Vardy

Jamie Vardy seems to defy the odds every season and the 34-year-old doesn’t show any signs of slowing down.

However, there has long been a worry over where Leicester would turn once the striker does eventually retire. Recent games have shown they may just have a plan after all.

Kelechi Iheanacho has scored seven goals in his last four games, including a first career hat-trick against Sheffield United.

He is now starting to fulfil the potential that was talked about when he first made the move to the King Power and looks full of confidence playing under Rodgers.

The Nigerian is only 24 and has a long career ahead of him. He can continue to learn from Vardy and, when the times comes, he will be more than ready to fill those big shoes. 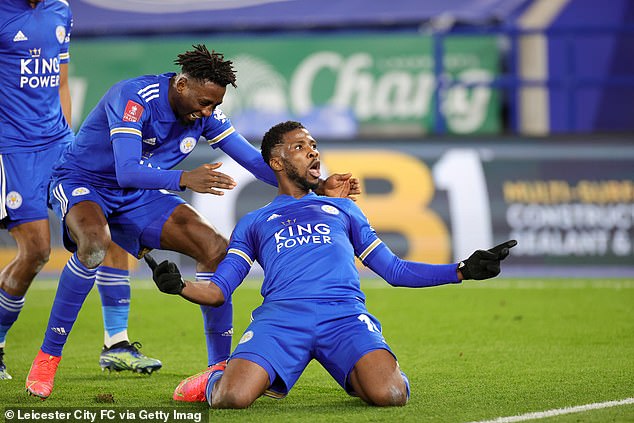 Leicester will be the favourites when they face Southampton in the semi-final of the FA Cup next month but that was also the case when they played Aston Villa in the Carabao Cup last season.

Rodgers’ side missed their chance to make the final with a 3-2 aggregate defeat. At the time, Villa were fighting relegation and it felt like an opportunity missed.

The feeling would be the same if they were to lose against Southampton at Wembley.

Other cup defeats have come against tough opposition in Arsenal (League Cup) and Chelsea (FA Cup) but the draw has been more favourable this time around. 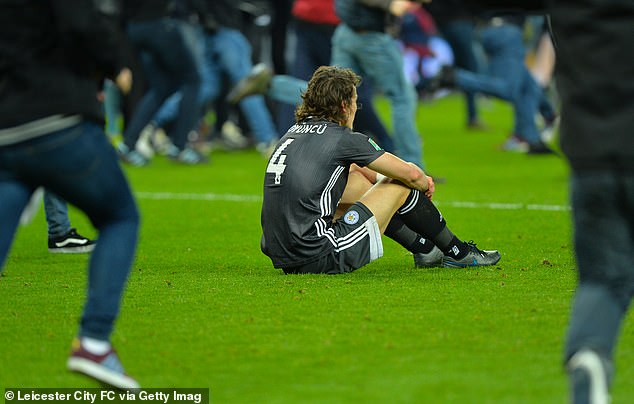 Rodgers’ teams are renowned for playing an entertaining style of football and his Leicester side are no different.

Only Manchester City and Manchester United have scored more goals than the Foxes, with the latter partly helped by that 9-0 thrashing of Southampton.

Leicester became the only team to ever score five goals past a Pep Guardiola side with their 5-2 victory over City in September.

While the football they play is exciting, the players are also well drilled. ‘You don’t play for Brendan Rodgers if you don’t do the dirty work,’ James Maddison said in January. 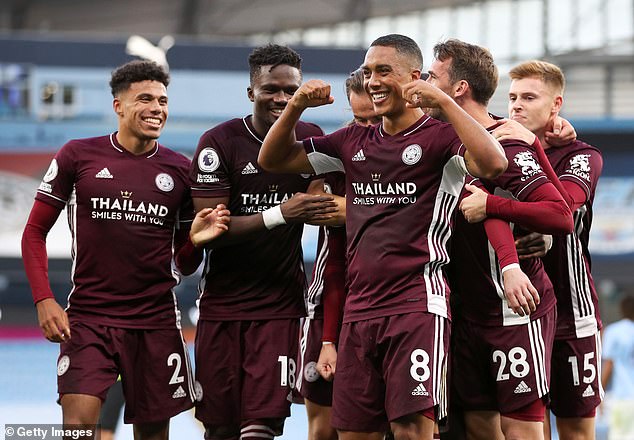 Bringing the best out of players

As well bringing in new signings who have done well, Rodgers has managed to get the best out of the players that were already at the club.

Barnes is a fine example, with the winger having forced his way into the England squad earlier this season.

With 13 goals and four assists, he would no doubt have been part of the squad this month had he not picked up a knee injury against Arsenal.

Maddison has also improved under Rodgers while Wilfred Ndidi and Kasper Schmeichel have continued to shine. 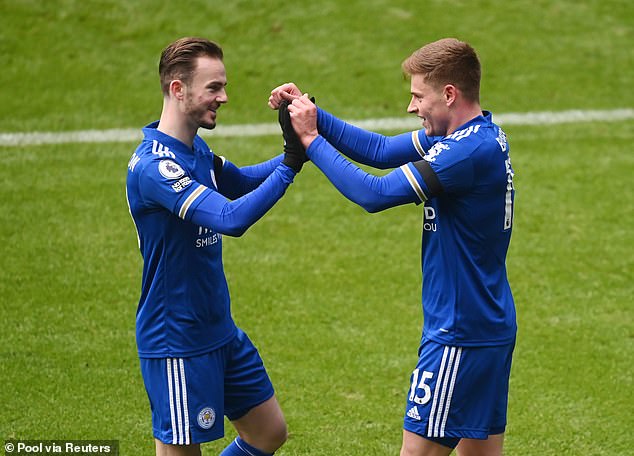 Going under the radar

Leicester are the masters at going under the radar and enjoy the underdog tag that is often placed upon them.

Rodgers constantly played down his side’s chances of winning the title, despite them having a sniff of a chance earlier in the campaign.

The Foxes are only one point off second place and are able to go into games without the same scrutiny as their top-six rivals.

Man City may have run away with the league but Leicester still have a strong chance of finishing runners-up.

Much has been made of Liverpool’s long injury list but Leicester are not far behind them – and some might argue they have been hit even harder – when it comes to players in the treatment room.

Maddison, Barnes, Justin and Dennis Praet are just a few of the players Rodgers has been without recently.

To beat Ole Gunnar Solskjaer’s team with some of their star men missing shows that they have a strength in depth they may not have possessed in the past.

Luke Thomas and Timothy Castagne have filled in and performed well at times this season while Marc Albrighton is always an option a right-wing back. 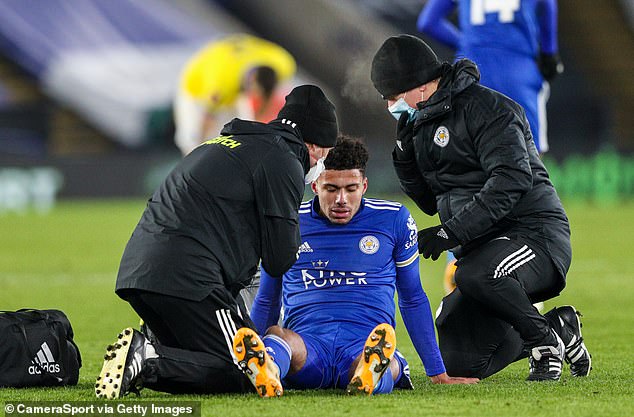 Tags: Brenda, From, points, talking, Ten
You may also like
Latest Posts