‘There are conversations because there is no hurry’: Marc-Andre ter Stegen will not rush into signing new deal with Barcelona but insists contract negotiations are being held

Marc-Andre ter Stegen has revealed that he has discussed a new deal with Barcelona but insists he will not be rushed into signing anything just yet.

The German goalkeeper has made it clear that he is happy at the Nou Camp and will make a decision on his future when the time is right.

Ter Stegen’s current deal expires in the summer of 2022 but he insists there is no panic over committing to anything new. 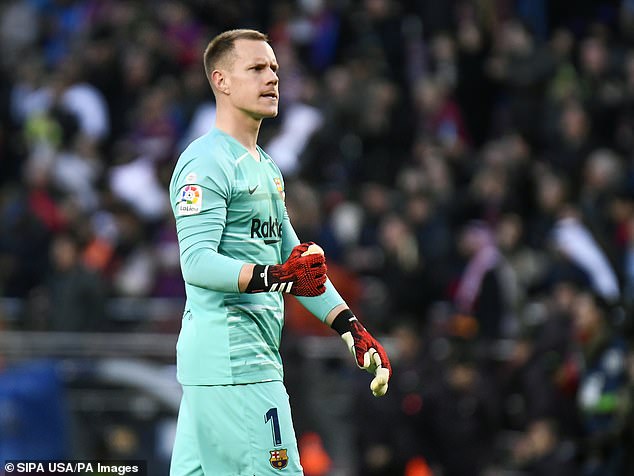 ‘I have two years left on my contract, my family and I are very happy here, we are at home,’ Ter Stegen told Mundo Deportivo.

‘The intention is to continue. At the moment there are conversations, but loose ones, because there is no hurry on my part.

‘I am very focused on my work, we have some very tough weeks ahead and we want to win.

‘I leave the whole contract subject to my agent, who is the one who is dedicated to it and who informs me of everything.’

Tags: he, insists, not, Stegen, Ter, will
You may also like
Latest Posts