Ajdin Hrustic has tried his best to erase it from his memory, the moment when he thought his World Cup dream was in tatters. But now he’s here in Qatar, and it’s within touching distance, so he’s happy enough to revisit it.

Hrustic was playing for Italian club Hellas Verona in an eventual 2-1 defeat to AC Milan on October 16 when, early in the second half, they won a corner kick.

The 26-year-old would have been taking it himself, but a decision was made at half-time to try for in-swinging corners, which meant that set-piece duties — usually Hrustic’s domain — fell to a teammate.

As he went up for a header, the Milan opponent next to him ducked, and Hrustic lost balance. He landed on his left foot and heard a snap. Had Graham Arnold been within earshot, it would have sent a shiver down his spine.

Hrustic’s internal monologue went dark, and he ripped a handful of turf out of the pitch at the Stadio Marcantonio Bentegodi out of pure anger. 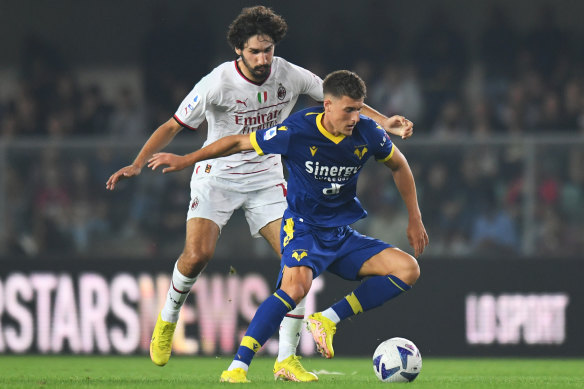 Ajdin Hrustic hasn’t played since going down with an ankle ligament injury while playing for Hellas Verona against AC Milan a month ago.Credit:Getty

“And then I went, ‘You know what? It’s nothing,’” he said. The first stage of the grieving process: denial.

“I shook it off, I had a little jog on the sideline. I tried to go back into the pitch. And I just felt it, and I was like — no. No chance.”

Hrustic had to wait two days before he could have his ankle scanned because of the swelling. They were the longest two days of his life. Arnold’s World Cup plans were in a state of suspended animation. Socceroos fans held their collective breath.

Then, finally, came the diagnosis: he didn’t need surgery. His ears had deceived him. There was no snap. Nothing that showed up on the MRI, anyway. 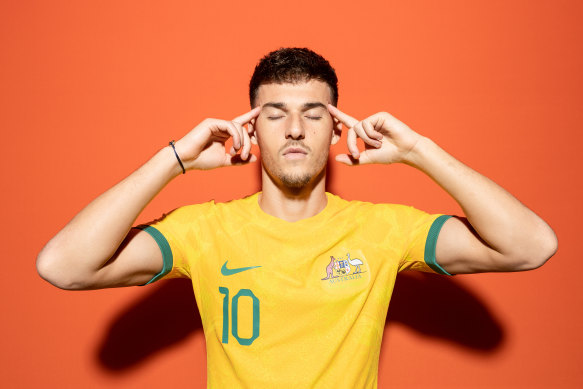 Ajdin Hrustic’s injury battle to be fit for the World Cup has been as much a psychological gauntlet as a physical one.Credit:Getty

“If it was bad, I wouldn’t be here. If I needed surgery, it would have been a whole different story,” he said. “You probably wouldn’t be sitting with me here. God was on my side for this one.”

Hrustic has been doing everything within his power since to be fit for Qatar, icing his ankle every two hours and using compression machinery to speed up the process. While he hasn’t played since the injury, he was named on the bench for Hellas Verona in their final match before the World Cup break, which bodes well enough.

His involvement in on-pitch training with the Socceroos has been limited, but he has spent plenty of time receiving treatment at Aspetar, one of the world’s most advanced sports medicine hospitals, which is adjacent to their Aspire Academy headquarters.

The fact that Arnold has given him the green light to conduct an interview with the Herald and The Age — his first since arriving in camp with the Socceroos — suggests the outlook is pretty positive.

It’s been a rollercoaster, and a psychological gauntlet as much as a physical one.

“It does your head in, if I’m honest. I haven’t had many injuries in my life, but this one did make me shake a little bit. But I feel positive. I think you see the way I am.

In truth, Australia desperately needs Hrustic, their most technically gifted midfielder, to be fit and firing. Players of his calibre don’t grow on trees. 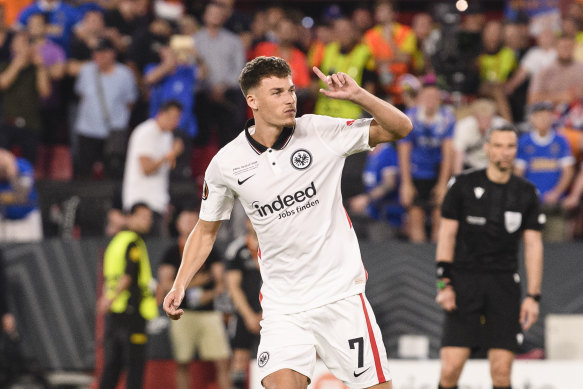 Look at his last six months: he scored in the penalty shootout that won the UEFA Europa League for Eintracht Frankfurt. Then he scored the goal that got the Socceroos past the UAE and into that do-or-die World Cup qualifying clash against Peru. Then he scored in that shootout, too, and sealed a transfer to Italy’s Serie A, one of the world’s toughest leagues, soon after.

“As a kid, you dream of stuff like this,” he said.

“The qualifiers, it wasn’t easy for us. Some of the press back home, it seemed like they were against us, not with us. When we beat Peru, all that relief just came out. I don’t normally cry, I don’t show my emotion a lot, but sometimes, you can’t control it.”

But Hrustic wants more. Just being at the World Cup isn’t enough. Ask him about Australia’s chances of upsetting defending champions France on Wednesday morning (AEDT) and you get another glimpse of the warrior mindset that got him here.

“Looking at it on paper … on paper, it’s just written. And it’s got big names, of course,” he said of France’s star-studded squad.

“But a World Cup is a knockout tournament, and it’s 90 minutes. And anything can happen in 90 minutes. If you head to a World Cup thinking we haven’t got a chance, then you may as well stay back home.

Watch every match of the UEFA Champions League, UEFA Europa League and UEFA Europa Conference League on Stan Sport. Returns for the Round of 16 in Febuary 2023, with all matches streaming ad-free, live and on demand.