Sorry to be that person, but on a night when England scored four to reach their first European Championship semi-final in a quarter of a century, it is also worth pointing out that they became the first team in this tournament’s 63-year history to ever start with five clean sheets. It may not be the evening’s most stirring achievement but it is perhaps the most remarkable.

A lot of that is down to the goalkeeper. Jordan Pickford is yet to concede a single goal. The five clean sheets are more than any goalkeeper has managed in a single staging of the competition previously and he still has one or potentially two games to play. There is no official ‘golden glove’ award at the Euros but if there was, only Italy’s Gianluigi Donnarumma would be within a chance of equalling him.

A lot of it is down to the defenders in front of him, too. Harry Maguire has become one of Europe’s leading centre-halves over the past year and is playing like it at this tournament, despite his recent injury lay-off. John Stones is more dependable than ever. Kyle Walker had several shaky moments at the Stadio Olimpico against Ukraine, but has been superb at critical moments whether as a right-back or right-sided centre-back.

Luke Shaw has improved game after game when it comes to going forward and offering invaluable support to the attack but his contributions out of possession – and the aggression he has shown to win the ball back – should not be overlooked either. He has been particularly effective at pressing high up the pitch, practically creating the move for England’s second against Germany with his front-foot approach to rearguard action.

Tyrone Mings must be mentioned, too. Though he led the early tournament scapegoat stakes after two uneasy performances in the warm-up friendlies, he was very good against both Croatia and Scotland in Maguire’s absence. Maguire is a different player, far superior in possession, but Mings’ physicality and aerial presence made him a sound and dependable alternative. 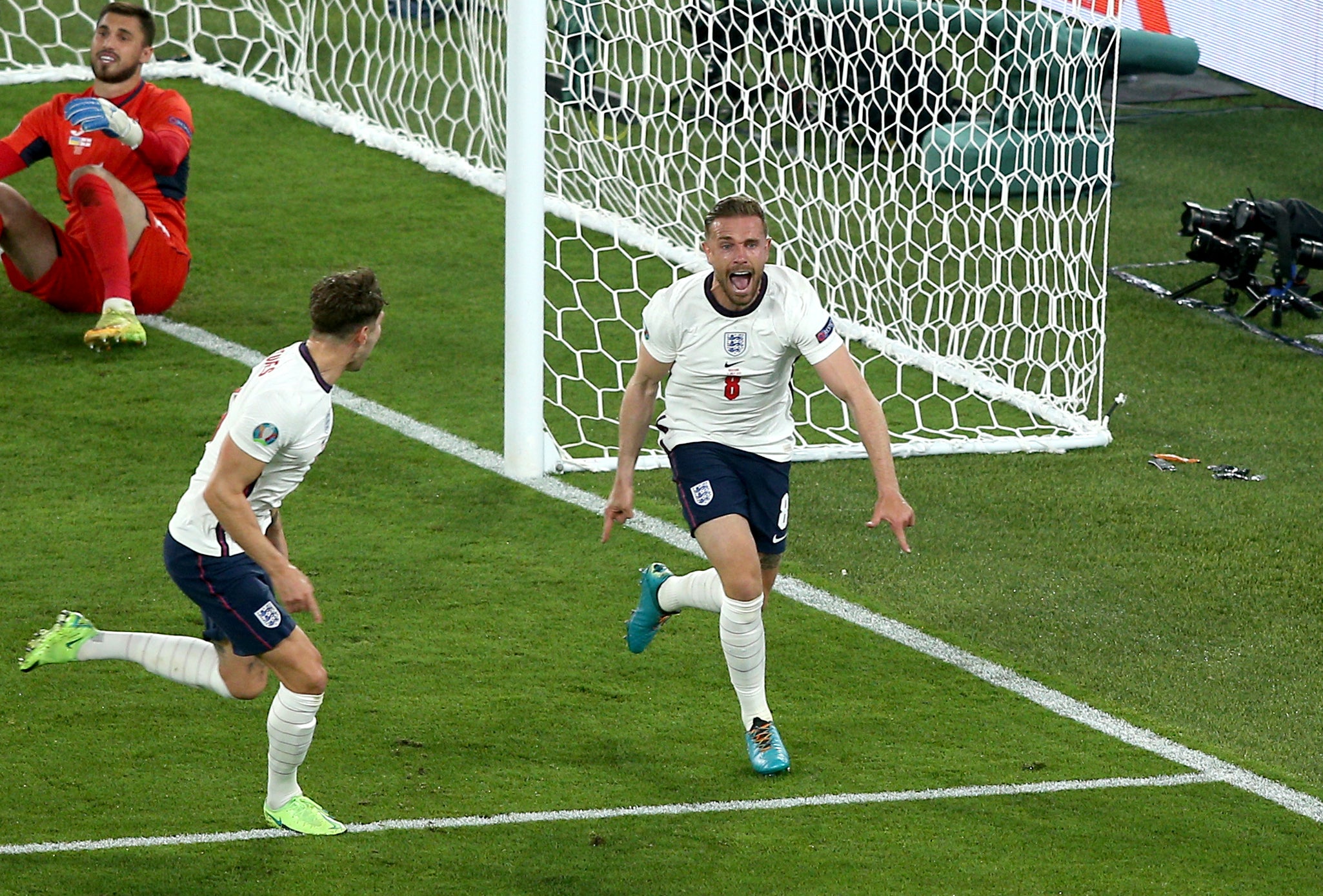 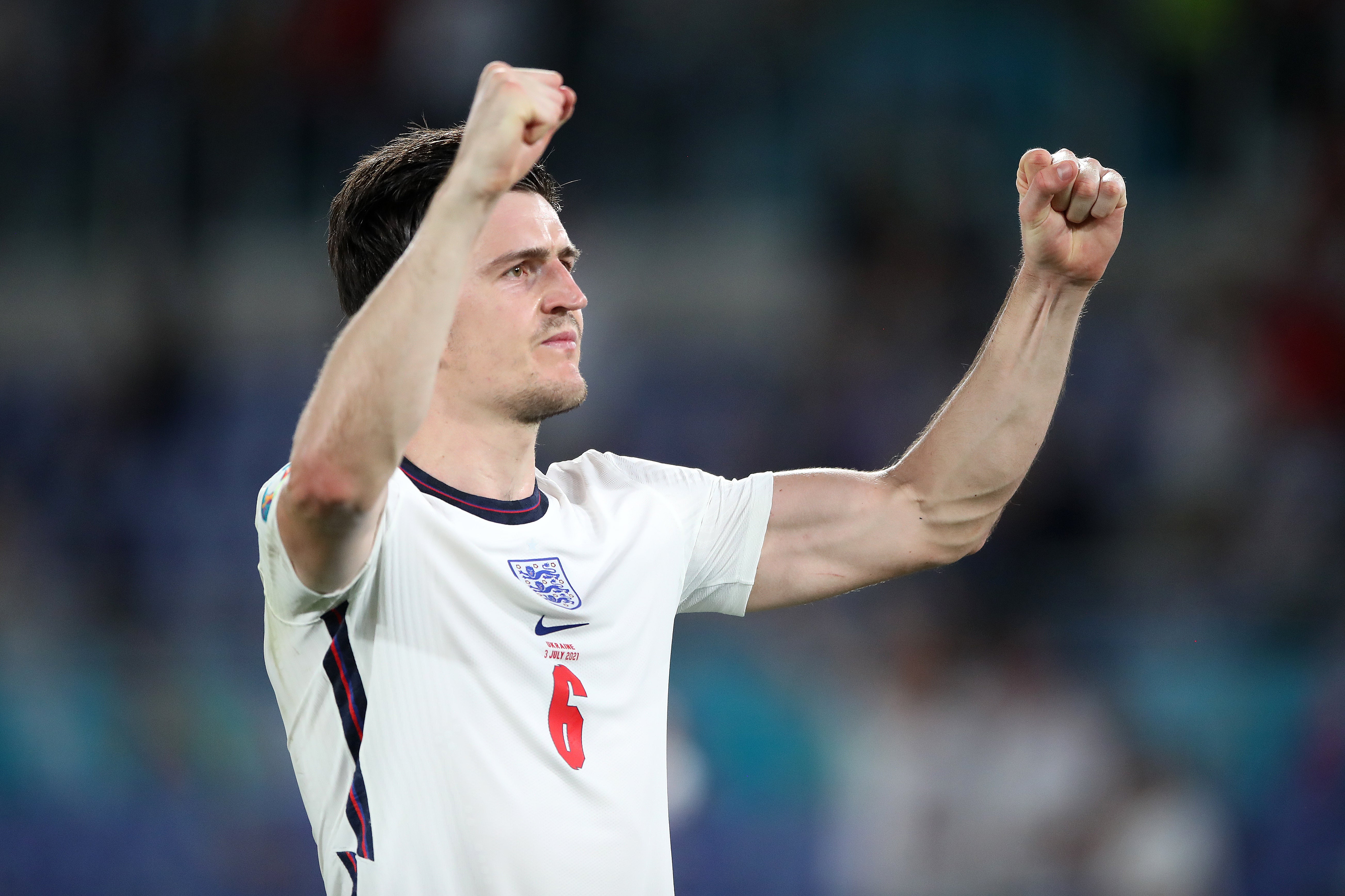 All that may come as a surprise, given that everyone said England’s backline was supposed to be their weak spot and the depth at centre-back is still shallow, Mings aside. Ben White is still waiting for his first competitive cap, was not included in Gareth Southgate’s original squad and now has to fight for a place in the matchday squad. Conor Coady does not have the same problem in terms of getting into the squad, though getting onto the pitch is a different matter.

White and Coady, and others on the sidelines like Reece James, the “defensive animal” Kieran Trippier and poor Ben Chilwell, cannot have much complaint though. With five consecutive clean sheets behind them, those currently in possession have earned the right to keep playing. The level of control that England have exerted over the opponents means that Southgate’s core defence cannot be questioned.

It is hard to quantify with statistics, which are notoriously limited in assessing defensive performance. For example, one thing you would always think to check when assessing a team’s defensive performance is the number of tackles. England, however, have had the fewest tackles on a per-game basis of any team in the tournament. The secret to a good defence obviously isn’t ‘don’t tackle’, so the answer probably lies somewhere else.

No team has a better xG conceded per-game average than Southgate’s, for starters. In terms of quality opposition chances, there have been very few. Thomas Muller’s immediately springs to mind, but that chance came through a somewhat freakish individual error by Raheem Sterling rather than the fundamental breakdown of Southgate and England’s entire system.

Roman Yaremchuk was handed a presentable opportunity here in Rome after an equally sloppy pass by Walker. Fortunately, Pickford was on hand to save. That, then, was basically that. A spell of Ukraine pressure at the end of the first half followed but without much in the way of any threat. It was more than Croatia, Scotland and the Czech Republic managed but still not very much.

This is down to the defence in part but it is not exclusively their job to keep chances to a minimum, as their manager realises. “Our defenders are playing well and our goalkeeper is playing well,” Southgate said, after this latest clean sheet was confirmed. “That’s not just been the four players tonight, because obviously we’ve had changes in other games where players have kept clean sheets, but it’s been a collective,” he stressed.

England’s tactical shape when out of possession, even among the attacking players, has been generally excellent. Passing lanes have been closed down, runs have been checked, openings have been closed off, possession has been held onto patiently rather than rushed. Kalvin Phillips and Declan Rice are having quietly excellent tournaments in that regard, while the attack is pulling their weight off-the-ball too. 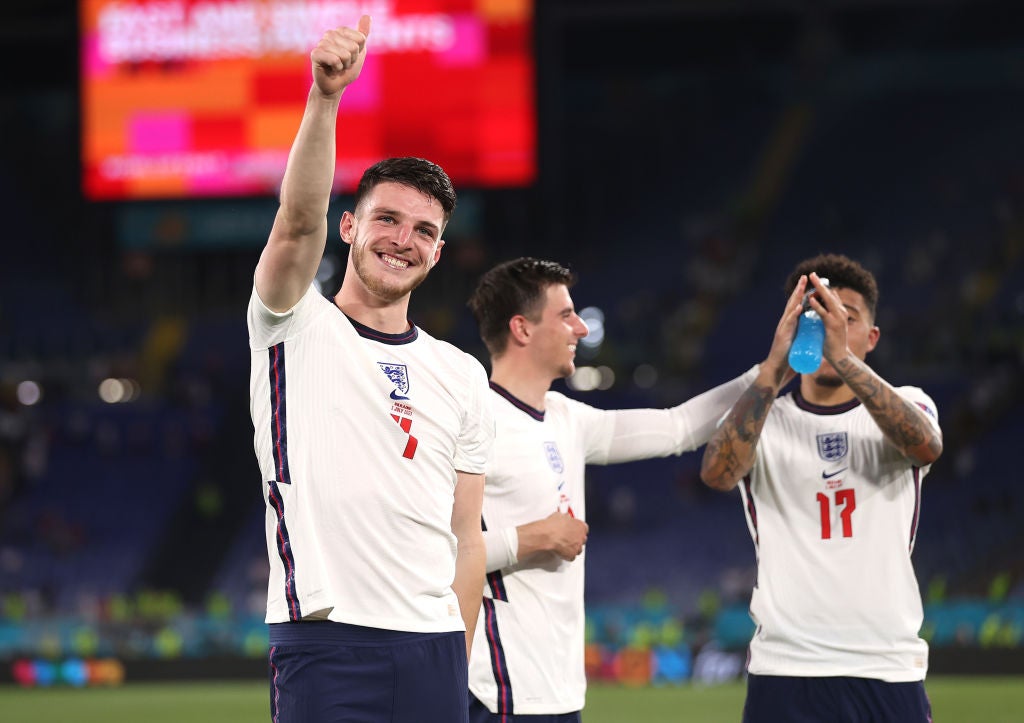 England are now a team that carry nobody. Every player has to do their fair share of the dog work. There is no room for egos. Even this squad’s star individualist, Jack Grealish, knows that he must put his shoulder to the wheel and does. In his short time on the field, he has been one of the most active pressers, tacklers and interceptors in the squad. He has to be, you see, if he wants more opportunities.

Southgate has built an environment where everyone must work for each other, no matter how talented they are or how often they play. “We’re in a semi-final because of that spirit, in a lot of aspects,” he said. “Of course the quality of the play is important. But I’ve seen lots of nations go out of tournaments because the spirit hasn’t been like these guys have got. It’s something very special that they’ve got to recognise.”

England approach the defensive side of the game as a true collective. “The players are seeing the rewards of that,” their manager says. “They’re buying into that and we’ve known it would give us a great chance in the tournament.” The supposed soft underbelly has hardened, leaving very few weak points for opponents to target. It may not always make for the most entertaining watch but it is why they are serious contenders.