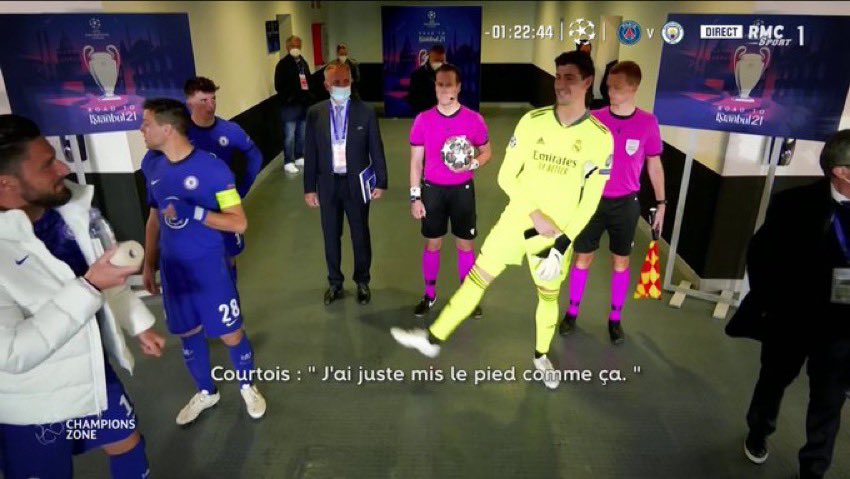 The Blues failed to capitalise on their period of dominance after Pulisic’s 14th-minute strike and were soon made to pay as Karim Benzema hammered home an unstoppable volley to equalise on the half-hour mark.

The scoreline remained at 1-1 to set up an enticing second leg at Stamford Bridge next week and Werner’s wastefulness in front of goal was once again a major talking point at Thomas Tuchel’s post-match press conference.

According to the Chelsea head coach, Werner – who he replaced in the 66th minute – was ‘angry’ and ‘disappointed’ with himself in the dressing room for fluffing such a golden opportunity.

‘He missed a big one at West Ham, now he missed another big one here, that does not help,’ Tuchel told reporters.

‘But it also doesn’t help to cry about it or to regret it all the time.

‘It’s like this, there are millions of people who have harder things to deal with than chances that you miss.

‘So this is the good thing about sports, nobody cares tomorrow. Today, we were sad, angry in the moment, this is normal. He’s angry, he is disappointed, tomorrow he has a free day and the next day he has to put his chin up.

‘He is a professional guy, he is a top guy, he works hard, he gets in the positions, and from there on we go.

‘The save on Timo! Pffff,’ Giroud told Courtois in audio captured by RMC Sport in the tunnel.

The Madrid goalkeeper, formerly Giroud’s team-mate at Chelsea, responded: ‘All I did was put my foot out like this.’

Giroud bluntly replied ‘incredible’ before the pair made their way back out onto the pitch for the second half.

‘It can always happen against the individual quality of Real Madrid, that you lose a bit of confidence.

So a bit more composure and a bit more precision in front of the goal and we could have won the first half and be now the deserved winner.