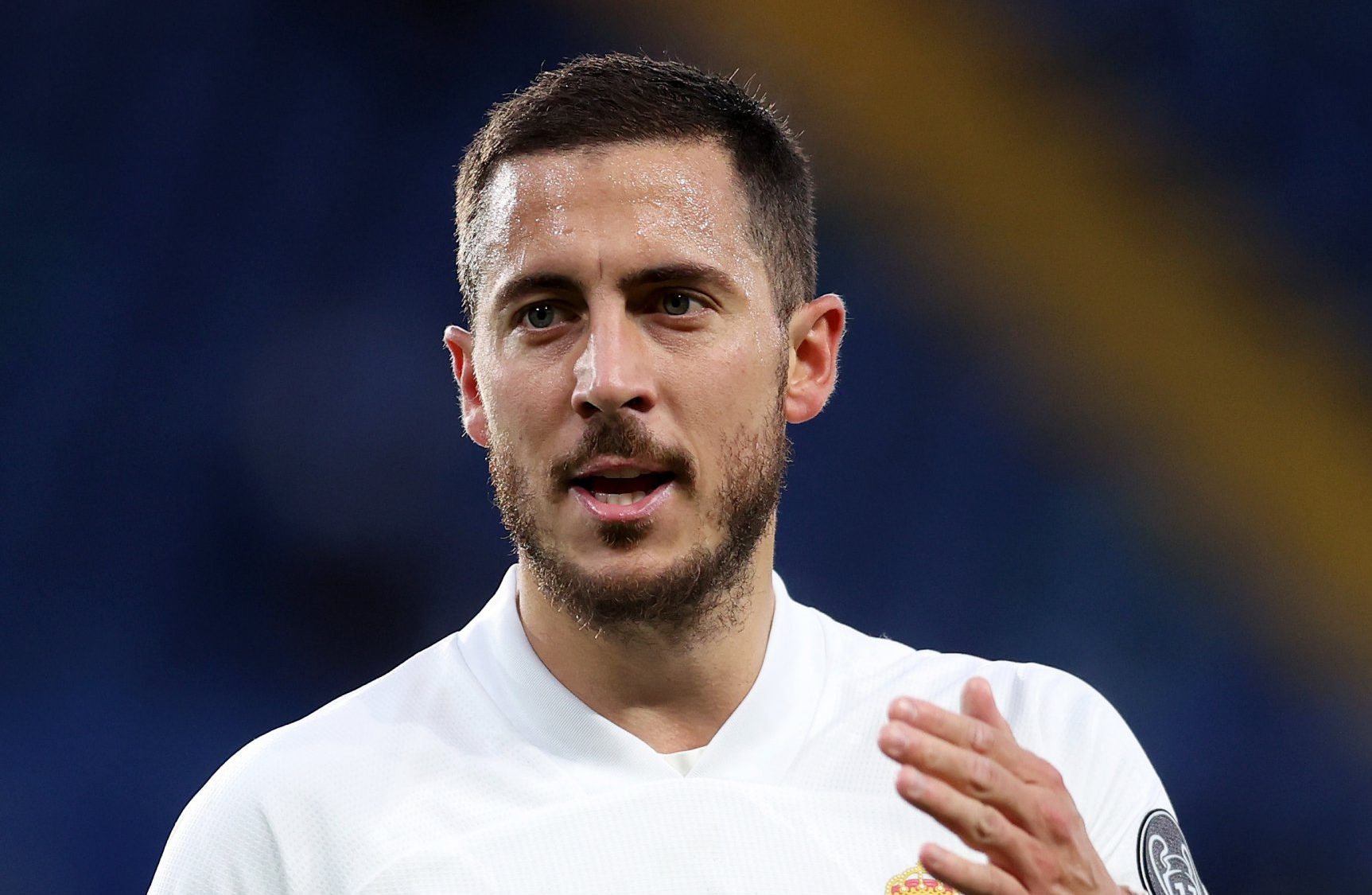 Thibaut Courtois says he is ‘100 per cent sure’ that Eden Hazard will stay at Real Madrid and won’t re-join Chelsea this summer.

Hazard has struggled to make an impact since swapping Chelsea for Madrid in a £130 million deal in 2019.

Last month, reports in Spain claimed that the Belgium international is keen to leave the Santiago Bernabeu this summer and a return to Chelsea is his preferred option.

Madrid are also understood to be open to selling Hazard in order to bolster their attack with the signings of Kylian Mbappe and Erling Haaland.

Earlier this week, Hazard declared that he is intent on remaining at Madrid and Courtois also believes his Belgium teammate will not move clubs.

‘He doesn’t want to move. Only the Madrid press writes about the desire to leave.

‘He wants to continue, play free of injuries and win titles.

‘At Real Madrid there is criticism all the time and for everyone. Gareth Bale was criticized, but he won the Champions League and scored a double in the final in Kyiv.

‘We all know that in Madrid there is pressure and criticism from the press and the fans. But Eden can handle that.

‘I know him well enough to say it. He can still change everything.

‘He still wants to be an important player for Madrid and win titles.’