Thibaut Courtois plays down his Ballon d’Or hopes despite his Champions League heroics, claiming ‘it is IMPOSSIBLE for a goalkeeper to win it’… as he hints that his team-mate Karim Benzema deserves the prestigious award instead

Thibaut Courtois believes it is ‘impossible’ for him to win this year’s Ballon d’Or due to the position that he plays in, despite his heroics in the Champions League final.

Courtois is not optimistic that his display on the biggest stage will be enough to win him a significant individual honour, though, especially after the season that his team-mate Karim Benzema has had. 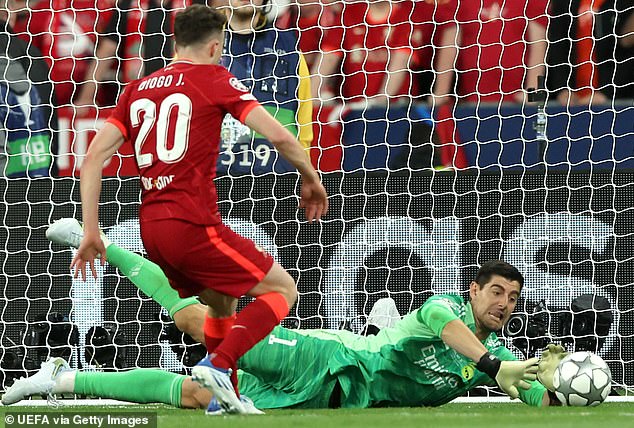 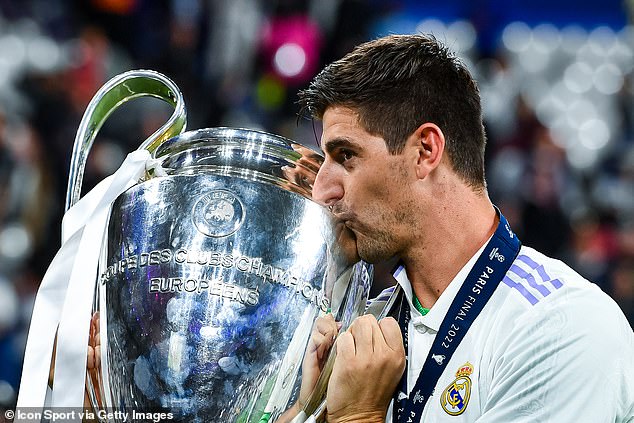 Real Madrid went on to win the match 1-0 against Liverpool, with Courtois their star performer

‘It is impossible for a goalkeeper to win it, even more so if he plays in a team with Benzema,’ Courtois told Tuttomercato, as quoted by The Sun.

‘I can go far, but it is difficult to win this trophy.’

A goalkeeper has not won the Ballon d’Or since Lev Yashin in 1963, and that run appears set to continue after Benzema scored 44 goals in 46 games in 2021-22 to emerge as the clear favourite for the award.

However, the Frenchman was outshone by Courtois on Saturday, and the giant Belgian has claimed that earning the respect of his team-mates is more important to him than winning the Ballon d’Or. 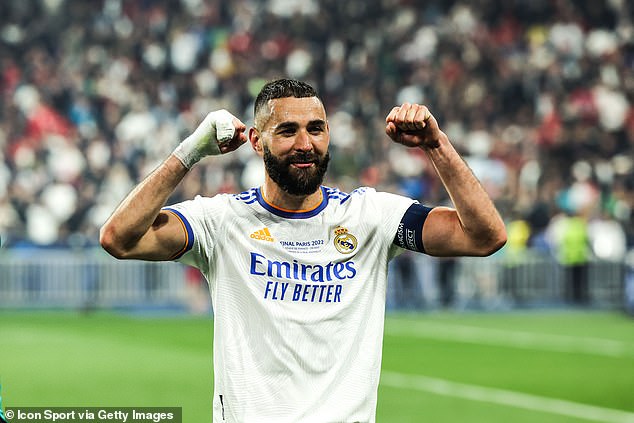 ‘For me, what matters is the fact that when I returned to the locker room, all my teammates were screaming my name. This is worth more than personal recognition,’ he added, as he reflected on his team’s 1-0 win against Liverpool.

In a change from previous years, the Ballon d’Or ceremony is set to take place in October, and players will be judged on their performances during the regular European season rather than across the course of a calendar year.

This season ends with the Women’s Euro 2022 tournament, meaning the likes of Benzema and Courtois only have the upcoming internationals next month to further their claims for the prestigious award.