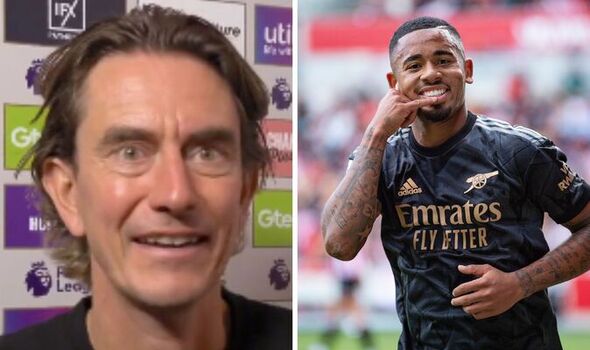 Thomas Frank has doubled down on his pre-match backing of Arsenal, claiming the Gunners are genuine Premier League title contenders under Mikel Arteta. The Danish tactician saw his Brentford side come unstuck on home soil as they were taken to the cleaners by the league leaders, who made it six wins from seven to continue their impressive start to the 2022/23 campaign.

Arsenal delivered the perfect response to the 3-1 defeat at Old Trafford two weeks ago after last week’s fixtures were waved off following the tragic passing of Queen Elizabeth II.

Goals from William Saliba, Gabriel Jesus and Fabio Vieira did the damage but in the view of Frank, there is no shame in losing to a side of Arsenal’s quality.

He said post-match: “It’s very difficult because we lost to the number one (side) in the Premier League.

“I said before the game that they’re a top side and I think we performed quite well and I’m pleased with that. 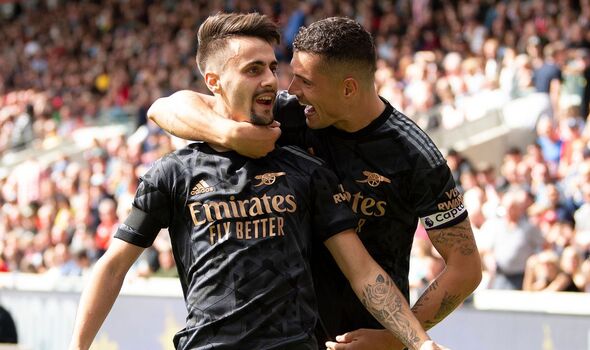 “But if you want to get more than that out a team that is flying.

“We talked about Odegaard being out of the game, their captain and then they just put a £35million player in instead.

“That’s the quality they have. It was a well-deserved win, you could see how much they run, how much they celebrated the first goal.”

Frank once again tipped Arsenal for Premier League title contention – even if there is undeniably plenty of football still left to be played.

He added: “They will have talked about how difficult it is to come here and they showed a lot of respect.

The Bees head coach made no secret of his admiration for Arteta’s work heading into the spectacle – claiming he was taken back by the quality of their performances when watching from afar.

He said pre-match: “In spells they’ve been the best performing team over the first six games.

“I think they’ve been remarkable, especially the intensity. I’ve watched a lot of their games, but their first game, the Friday night opening game against Crystal Palace, I was thinking “what? This is another level”.

“For the first 20 minutes Crystal Palace didn’t touch the ball, and I thought “they can win the Premier League”.

“Now, after City, they are the best performing team in the league.”

Arsenal will face their toughest Premier League test to date when club football returns after the international break when Tottenham make the short trip across north London to the Emirates Stadium.