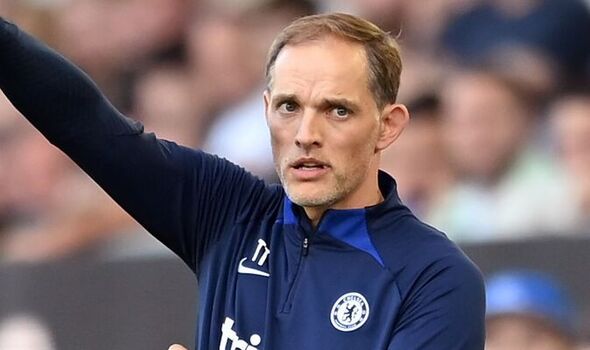 Jamie Redknapp believes Armando Broja could be the answer to Chelsea’s bluntness in attack following their 1-0 win at Everton. While the Blues were able to dig out a valuable three points to kickstart their season, it was clear they were lacking a major goal threat in the final third.

Romelu Lukaku flattered to deceive in west London before heading to Inter Milan on loan and Timo Werner could be set to rejoin RB Leipzig before the transfer window closes.

Yet Chelsea appear to be focusing their efforts on bolstering their defensive line with Wesley Fofana, Denzel Dumfries and Kyle Walker-Peters among the names of interest.

Yet there is still scope for Chelsea to upgrade their attack, however, Thomas Tuchel appears to be pushing to keep Broja at Stamford Bridge amid strong Premier League interest.

That would be a good move in the view of Sky Sports pundit Redknapp, who believes the Albanian international could be a huge asset to Chelsea moving forward. 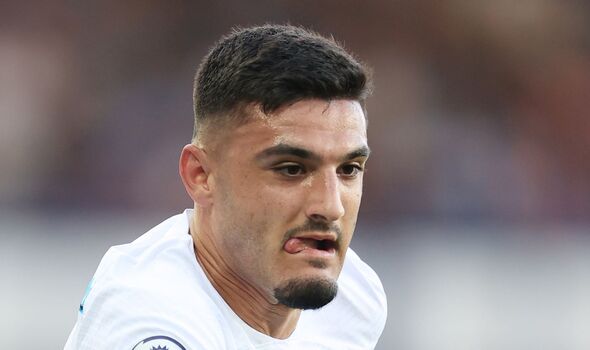 He said on Saturday Night Football: “Chelsea certainly weren’t at their best today, opening day of the season, the most important thing is three points. It doesn’t matter how you play.

“They struggled and didn’t quite have that fluidity, [Raheem] Sterling played up there, didn’t quite work although he looked sharp and dangerous – sometimes you need that focal point up there.

“Broja came on but they weren’t quite as fluid as you like, that might be the case for three-four weeks, got new players coming into the team, got a back three that haven’t really played together often.

“I think Thomas Tuchel without thinking they played well, three points, never an easy place to play but today to get the win is so important.”

Chelsea rejected a £30m offer from West Ham for Broja last month as part of Tuchel’s plan to keep him at the club.

Broja did not get to feature as much as he would of liked during the pre-season tour of the United States due to a foot problem but he is now in Chelsea’s thinking.

Newcastle and Everton both remain interested in signing the former Southampton loanee, should he become available.

However, given his involvement at Goodison Park, there is every chance Tuchel will continue to ease him into Chelsea’s first team from here on in.

“I don’t expect Armando to leave,” Tuchel said last month. “We are aware of offers and interest.

“We will take this decision together with the owner and the player. When he was here I was aware that he was trying to impress and become a Chelsea player as soon as possible.”

Chelsea have also been linked with a shock swoop for Barcelona striker Pierre-Emerick Aubameyang.

The Gabon international hit over 70 goals during his time playing under Tuchel at Borussia Dortmund, before his move to Arsenal in January 2018.